Announced in January's edition of British Birds, genetic analysis has revealed that 'Vigo', the wide-ranging Bearded Vulture seen in a number of British counties between June and October 2020, was the offspring of a pair of vultures consisting of a wild-born male and a captive-bred female.

Genetic analysis was conducted in Switzerland on two feathers collected on 30 August from a rocky outcrop north of Crowden, in the Peak District, by Yorkshire birder David Ball. Two genotypes obtained from the feathers were compared with existing genotypes held in the International Bearded Vulture Monitoring (IBM) database, with both demonstrating a 100% match with genotype GT0169, obtained from a feather collected below the nest of the 'Bargy BIS' breeding pair on 10 July 2019.

An extensive genetic databank is held by the Vulture Conservation Foundation (VCF), with an impressive 640 genotypes currently stored, consisting of 200 captive birds, 249 captive-bred birds released to the wild, 137 birds hatched in the Alps, 40 Corsican individuals, and 14 individuals from the Pyrenees. Targeted searches below nest sites are used to monitor the wild population and acquire genetic material from wild-fledged birds, while blood samples are collected from captive individuals. 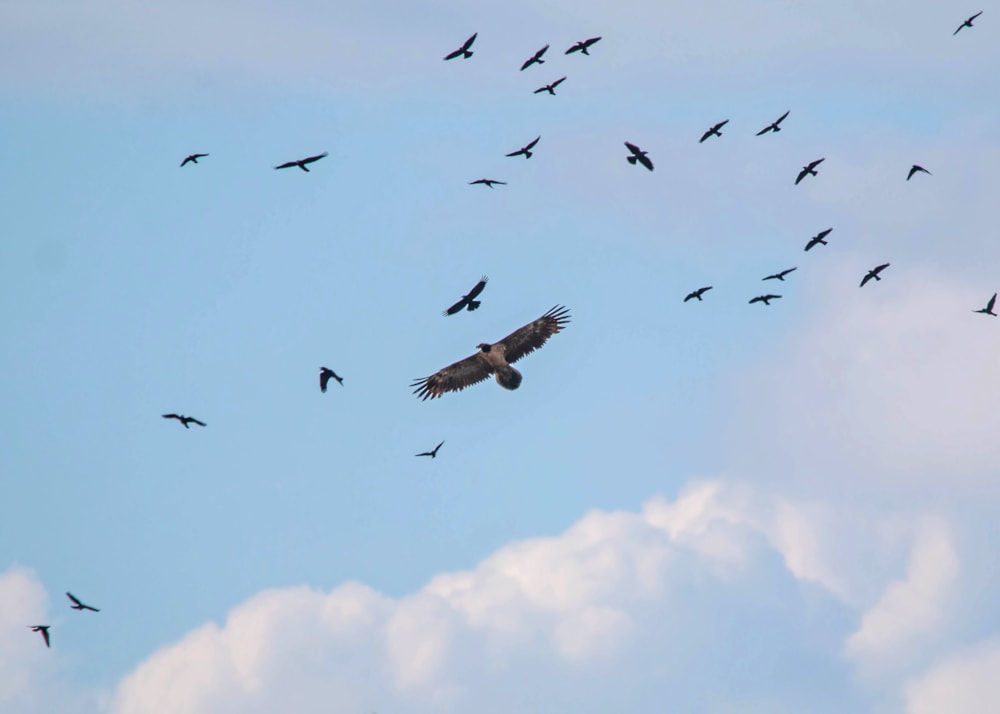 After five months on British shores, the Bearded Vulture left out to sea at Beachy Head, East Sussex, on 15 October (Adam Huttly).

This analysis confirmed that the feathers found in Derbyshire belonged to 'Flysch', a young female that fledged on 6 July 2019 from the 'Bargy BIS' territory, located in the Bargy Massif area of the North-West Alps, in the Haute-Savoie region of France. Her father is a wild-born male, known by the code GT0099, that fledged from a nest approximately 250 m from the 'Bargy BIS' territory, while her mother is a captive-bred individual known as 'Zufall', reared in Switzerland's La Garenne Zoo and released as a fledgling in 2006 in Martell, Italy. The parents of the male parent were both captive-bred birds, the female being released in 1988 and the male released in 1989. This pair have occupied the territory since 2016 and reared a chick in 2017, 2018 and 2019, although 2020's youngster unfortunately died at approximately 30 days old.

Although the increasing frequency of Bearded Vultures in northern Europe reflects the successful recovery of populations in the Alps and Pyrenees, these long-distance excursions may pose increased risks to the birds. For example, flying conditions in lowland areas are usually less favourable and more energetically expensive than in mountains, where thermals and orographic lift are more suitable for soaring and gliding flight. Furthermore, levels of human activity and infrastructure density are generally higher in lowland areas at higher latitudes and have been linked to lower survival rates in vultures owing to, for example, increased risk of collisions with power lines, reduced feeding opportunities and higher risk of food contamination.

Despite the odds seemingly set against her, Vigo – or Flysch – spent five months touring the English countryside after she was first seen by Lucy Burrell in the West Midlands in June, lingering in the Peak District for most of the summer and then loitering at sea level in The Fens for several days in early October, before finally moving south to Beachy Head, East Sussex, where she left out to sea on 15th. She was seen by many thousands of birders and members of the public alike in that time, and was nominated as Rarity of the Year in the Birdwatch and BirdGuides Birders' Choice Awards (see the January issue) as well as recently voted 'Rarity of the Year 2020' in a Twitter poll.