Geese shot and killed by airguns 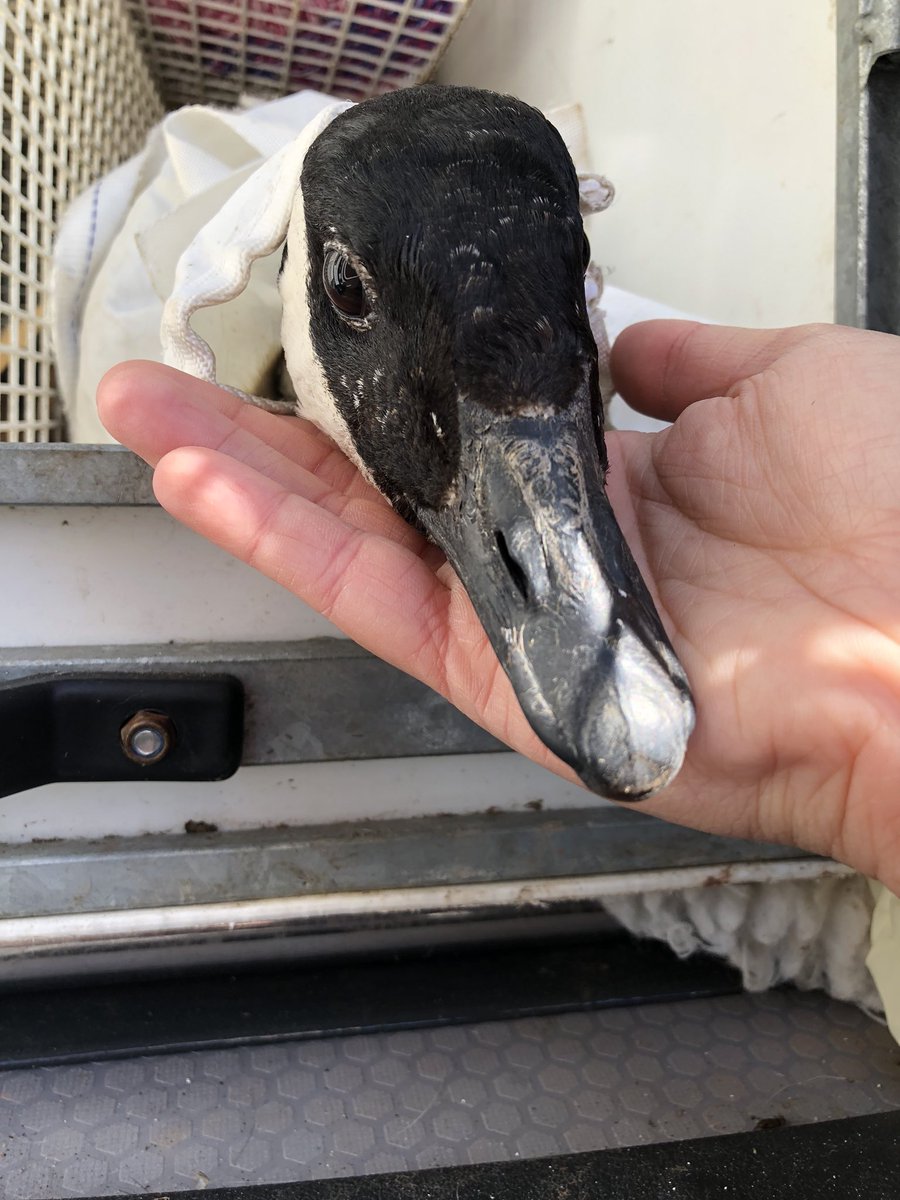 The RSPCA has condemned the shooting and killing of three Canada Geese by airguns and launched an investigation.

The charity was contacted on Wednesday morning (25 April) after a woman found a goose collapsed in Wolverhampton Street, Walsall, in the West Midlands. Animal collection officer (ACO) Cara Gibbon attended to try to help the bird.

“The bird was walking when I arrived but kept slumping to the ground, so I took him to a nearby vet where x-rays [right] showed the poor thing had been shot with an airgun,” she said. “Two others were found dead nearby so I suspect someone has come along and thought it would be funny to shoot at these birds. Why someone would want to harm these beautiful creatures is beyond me; I’m totally lost for words.”

The surviving goose remained at the surgery for emergency treatment and care but sadly died on Friday (27 April) from its injuries. The RSPCA has now launched an investigation and wants to find those responsible for killing the birds.

“It’s despicable that someone would deliberately attack these birds and shoot them, and we’d like to find those responsible,” ACO Gibbon added. “Anyone with any information about what happened should get in touch by calling our appeal line on 0300 123 8018 and leave me a message.

“While there are some shooting practices which are legal, we would like to remind people that it is an offence under the Wildlife and Countryside Act to intentionally injure, kill or take a wild bird, except under licence. Anyone found guilty could face an unlimited fine and/or six months imprisonment.”

The RSPCA received 884 calls related to air gun attacks on animals in 2017. The charity has welcomed a review which is currently taking place around the regulation of airguns and air-rifles. The organisations has long been calling for stricter controls over airguns as well as better education and explanation of the law for those buying one. Animals can suffer horrendous injuries and often die as a result of airgun attacks and these weapons are potentially extremely dangerous to people as well.