A gamekeeper who pleaded guilty to battering two Common Buzzards to death in January 2021 has been fined and received a suspended sentence.

John Orrey, who was sentenced at Nottingham Magistrates' Court, was filmed beating two individual buzzards to death on consecutive days, after the raptors had entered a cage trap that had been baited with dead Stock Doves and a Common Pheasant carcass. 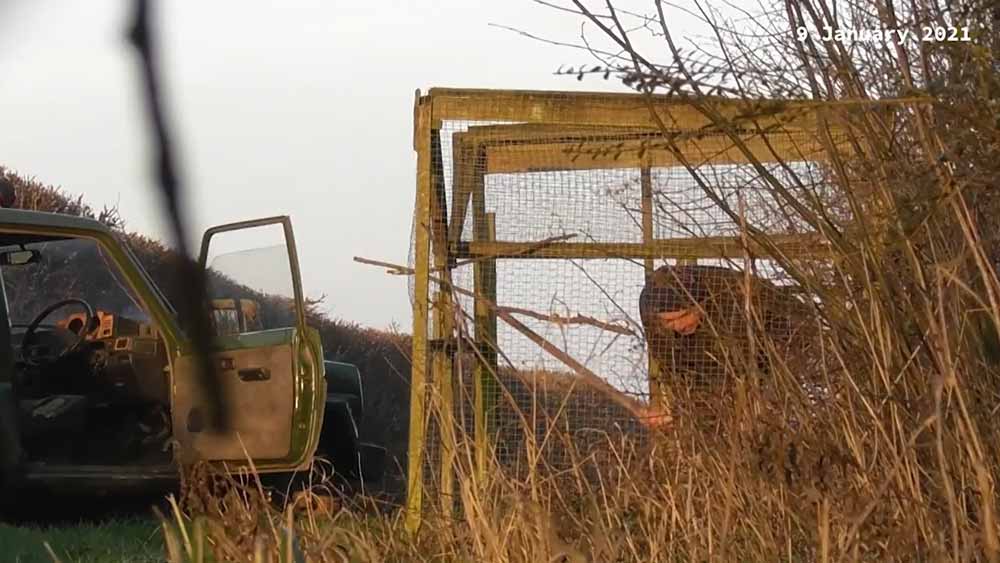 Cage traps can be used legally to catch corvids, but must be checked daily and non-target species, including raptors such as Common Buzzard, must be released unharmed.

However, Mr Orrey appeared to be deliberately targeting the species, having been covertly filmed by the RSPB Investigations team after a tip-off from a member of the public.

Mr Orrey was sentenced to total of 20 weeks' imprisonment suspended for 12 months and was fined £1,000.