An ambitious project to restore the populations of some of the world's rarest birds to some of its most remote islands is showing signs of success.

The Acteon and Gambier Archipelago, part of French Polynesia, lies approximately 1,600 km from Tahiti and boasts some of the highest numbers of endemic birds in the tropical Pacific.

But even these remote islands have not escaped human interference. For many years they were under severe threat from introduced species. From predators including rats to aggressive tangles of non-native vegetation, havoc was wrought on these delicately balanced coral atoll and volcanic ecosystems.

In the Pacific, up to two thirds of all bird extinctions are directly linked to the introduction of alien species, and time was running out for some of the rarest birds in the world, such as Polynesian Ground Dove (Critically Endangered) and Tuamotu Sandpiper (Endangered), which evolved in the absence of mammalian predators. 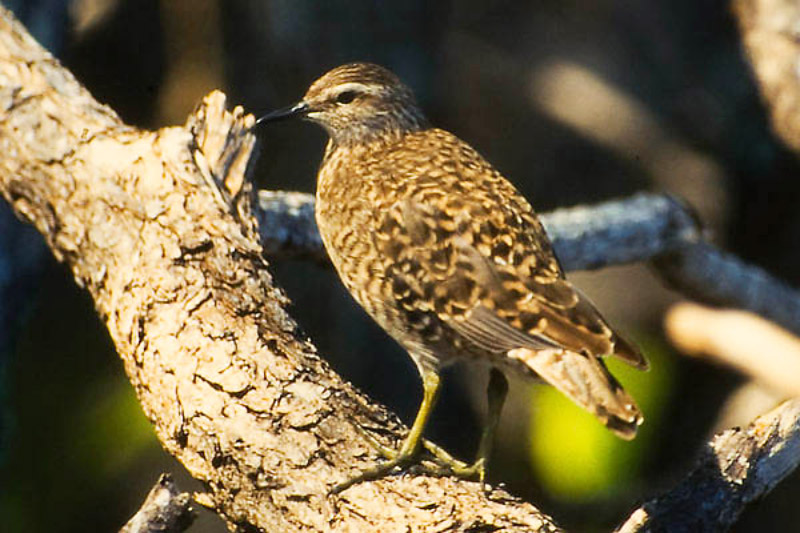 In 2015, BirdLife, SOP Manu (BirdLife in French Polynesia) and Island Conservation took on their most ambitious conservation project ever: the challenge of restoring the habitat and removing introduced species from six islands (Vahanga, Tenania, Temoe, Kamaka, Makaroa and Manui), thereby securing a future for four threatened bird species and many others.

Despite the operation having gone to plan, proof of success would not be known for another few years, and so they left the island chain tired but with immense hope for the recovery to come. A follow-up survey in 2017 revealed that the team was successful in eliminating invasive species from five out of the six islands – 1,200 ha in total – and there were early promising signs of the recovery. Five years on, in November 2020, SOP Manu and BirdLife were able to return and capture a snapshot of the islands and their species' recovery.

Prior to the operation, the once-widespread Polynesian Ground Dove persisted as a single functional population on its only remaining predator-free island, Tenararo. As of 2020, there are now three flourishing populations, all on restored islands. The few that previously remained on Vahanga have since doubled, and on the neighbouring Tenania atoll they have re-established a secure and permanent presence for the first time in hundreds of years.

Tuamotu Sandpiper, another endemic, and an ancient cohort of sandpipers that have lost their migratory ability, is making a slower but steady comeback. The population in Vahanga has not increased significantly and is also yet to establish on Tenania. Nonetheless, with more than 1,000 Tuamotu Sandpipers on Tenararo, it remains the most numerous species there. The Near Threatened Atoll Fruit Dove, is also now abundant. 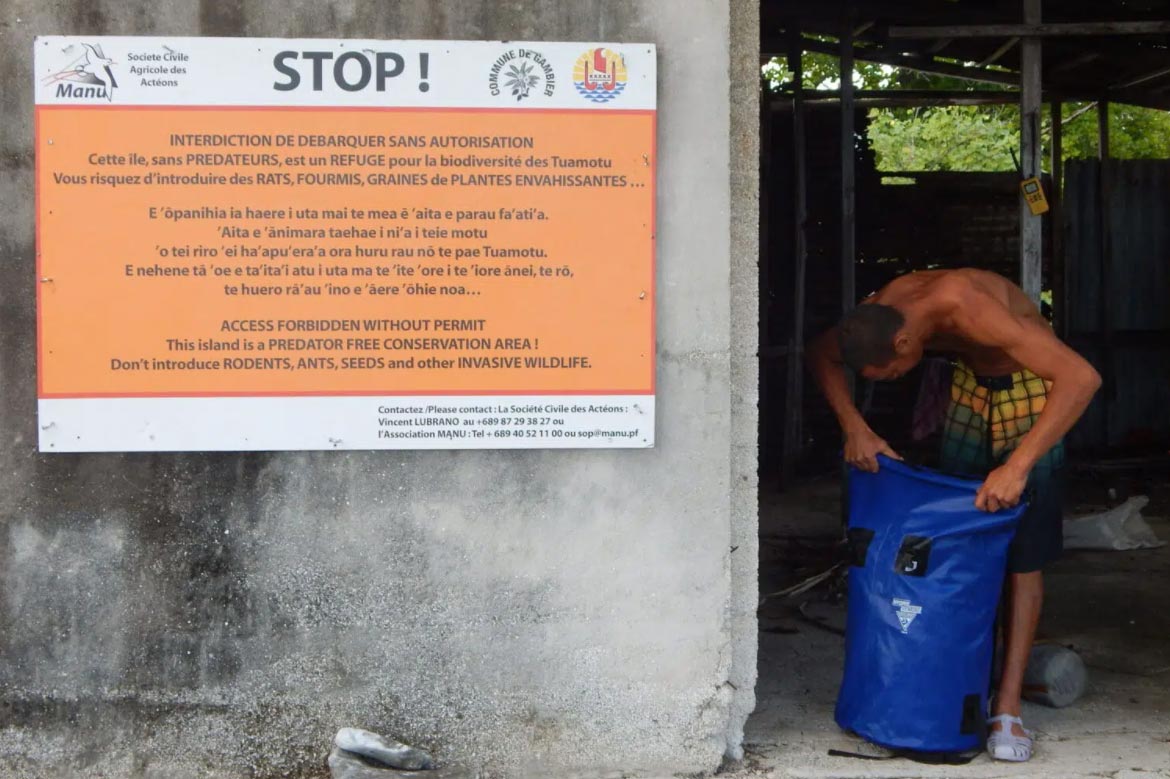 Biosecurity is essential to the islands' protection and ongoing recovery (Steve Cranwell).

Since 2015, five new seabird populations have established on three of the islands, including Christmas Shearwater on two islands and Tropical Shearwater, Red-tailed Tropicbird and Black Noddy each on one.

In a further affirmation of the recovery, nesting Polynesian Storm Petrel (Endangered) have increased by more than 100% on their estimated 2015 population. Murphy's Petrel is another species signalling its intent to reclaim these islands from its stronghold on Temoe.

The isolation and expense of accessing these islands means the monitoring is limited, but SOP Manu's Restoration Manager, Tehani Withers, said: "The changes taking place are apparent, particularly the avian comeback. Given that five years of recovery is barely a ripple in the prior hundreds of years of harm, it's deeply satisfying to see such a vibrant transformation."

But it has not all just been for the birds. Coconut farming, alongside fishing, is the main source of income for the island communities. In the Tenania atoll, coconut plantations were being damaged by Black Rats, impacting the community's ability to generate a continuous source of income. Following the successful eradication of the rodents, no one was more grateful than the Mayor of Tureia, who has reported that the harvest has increased by 50% since the operation, helping families with their children's education and living expenses.

What's next? SOP Manu is following up with further habitat restoration – clearing more Lantana and removing coconuts that have spread outside plantations. Lessons have been learned from the one island where the eradication of rats failed, Kamaka, and a renewed operation is planned.