Palaeontologists have discovered the fossils of a giant parrot species in New Zealand, which roamed the earth some 19 million years ago.

The parrot, which was found near St Bathans in the southern Otago region, appears to have stood at a height of around 1 m, weighing at least 7 kg. Given its momentous size, researchers believe the parrot must have been both flightless and carnivorous, unlike most birds today.

The measurements make it double the size of a Kakapo, previously the world's largest known parrot, which also hails from New Zealand and is still extant today (although currently classified as Critically Endangered). 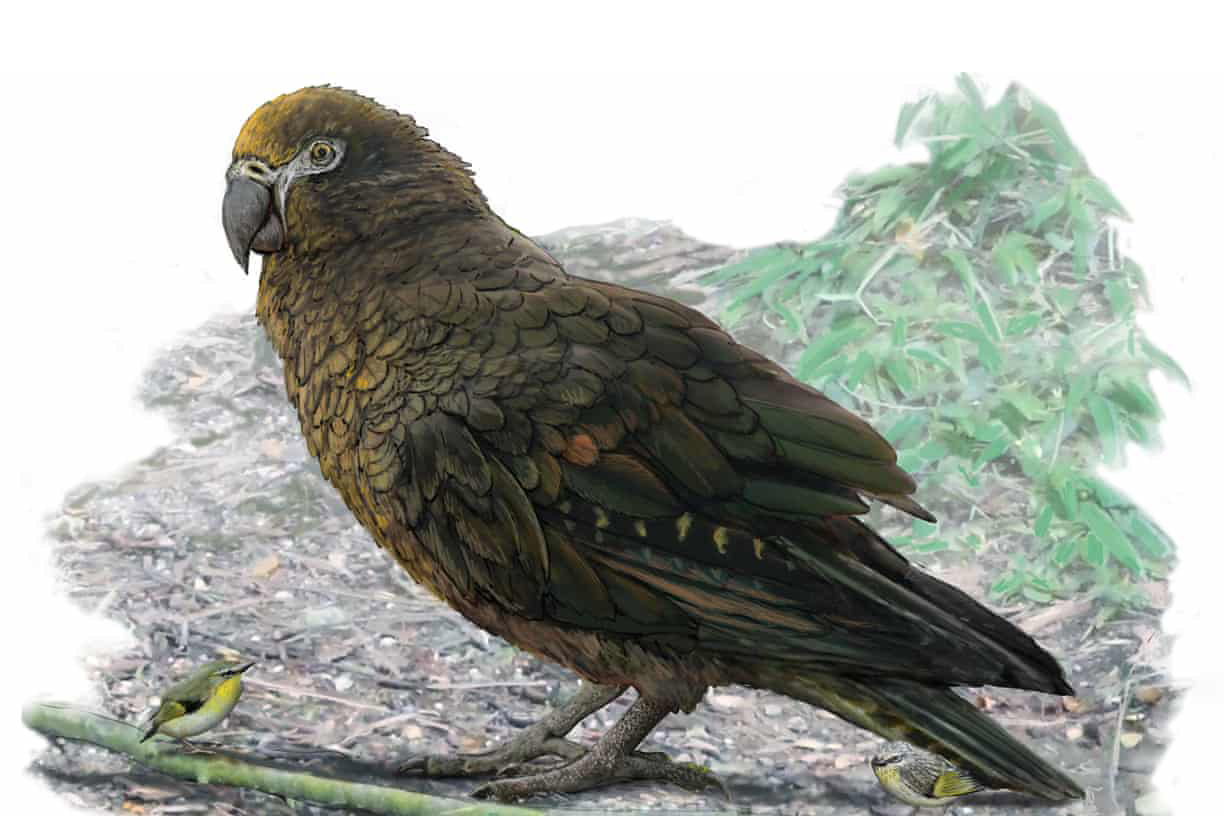 The bones, which were initially believed to belong to an eagle or duck, were kept in storage for 11 years until earlier this year, when a team of palaeontologists re-analysed them. Flinders University Associate Professor Trevor Worthy explained that one of his students came across the parrot's bones by chance in his laboratory during a research project. The results have just been published in the journal Biology Letters.

The parrot has been dubbed Heracles inexpectatus in recognition of its unusual size and strength. The former comes from Heracles, the divine hero of Greek mythology who was also the son of Zeus, and the latter reflects the unexpectedness of the discovery.

New Zealand is famous for its giant prehistoric avifauna. Moa, a giant Ostrich-like bird, reached 3.6 m in height and weighed 230 kg. These in turn were hunted by a huge bird of prey, Haast's Eagle, which had a 3-m wingspan and weighed up to 14 kg. Both were quickly driven to extinction when the first Maori settlers arrived in New Zealand and hunted Moa for food, with the last individuals of both species likely disappearing in the early 15th century.

The St Bathans area is known for its abundance of fossils from the Miocene epoch, which extended from 23 million to 5.3 million years ago.

Professor Worthy concluded: "New Zealand is well known for its giant birds. Not only Moa dominated avifaunas, but giant geese and adzebills shared the forest floor, while a giant eagle ruled the skies.

"We have been excavating these fossil deposits for 20 years, and each year reveals new birds and other animals. While Heracles is one of the most spectacular birds we have found, no doubt there are many more unexpected species yet to be discovered in this most interesting deposit."