Fragments of a skeleton fossil have helped overturn a century of knowledge about the origin of modern birds.

Findings published in Nature show the mobile beak, which characterises 99% of modern birds, evolved before the extinction of all large dinosaurs. The paper is based on a fossil dating from 66.7 million years ago. Cambridge University researchers said it suggests how the modern bird skull came to be needs to be re-evaluated.

The arrangement of its palate bones shows the creature had a mobile, dexterous beak, almost indistinguishable from that of most modern birds, the Cambridge and Natural History Museum of Maastricht researchers said. The fossil was found in a limestone quarry near the Belgian-Dutch border in the 1990s and was first studied in 2002. 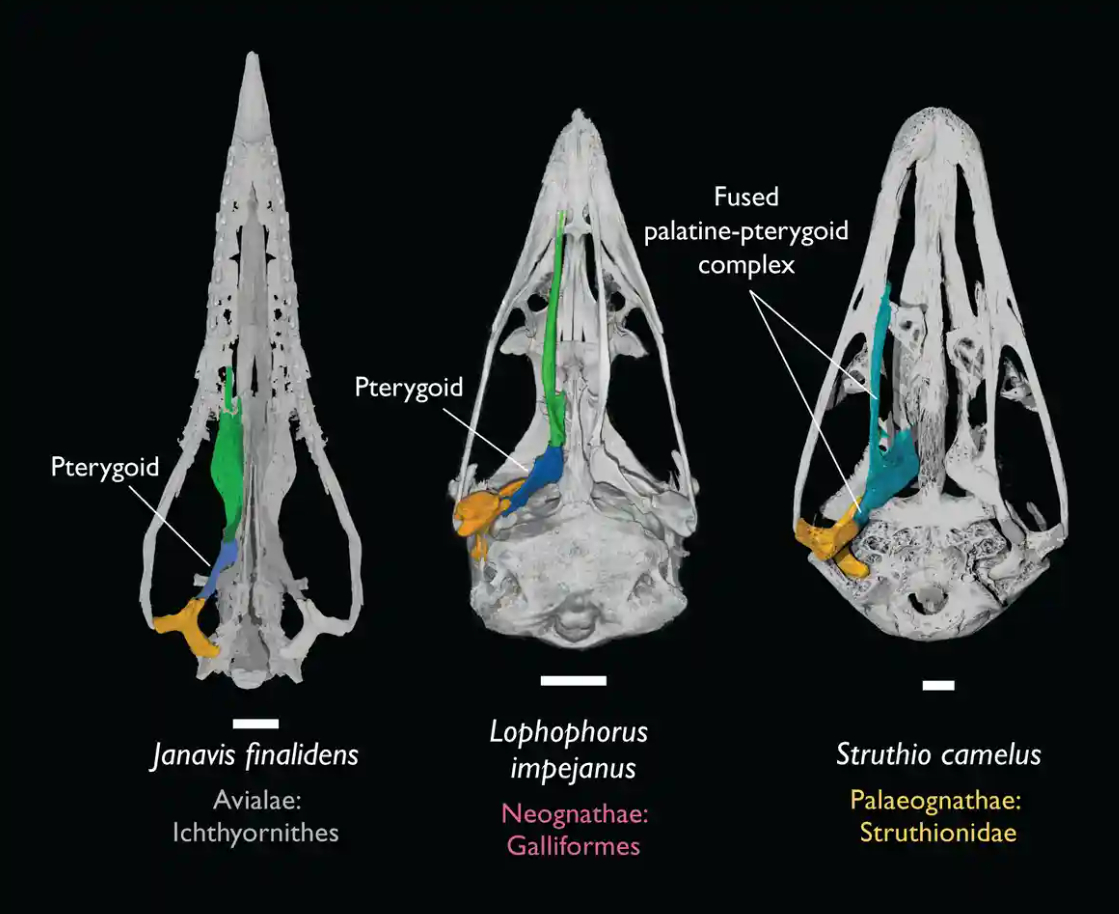 Palate of Janavis finalidens compared with that of a pheasant and an ostrich (Dr Juan Benito and Daniel Field).

Dr Daniel Field, the paper's senior author, said: "The main reason this assumption has lasted is that we haven't had any well-preserved fossil bird palates from the period when modern birds originated."

Some 20 years after the fossil was first studied it was loaned to Dr Field's group in Cambridge who were able to use CT scanning. Researchers identified bones from the palate, or roof of the mouth, of a new species of large ancient bird, which they have named Janavis finalidens.

During the COVID-19 lockdown, Dr Juan Benito had another look at the specimen. He said: "Then we realised we'd seen a similar bone before, in a turkey skull. And because of the research we do at Cambridge, we happen to have things like turkey skulls in our lab, so we brought one out and the two bones were almost identical."

The finding led researchers to conclude that the unfused jaw condition, which turkeys share, evolved before the ancient jaw condition of ostriches and their relatives. For an unknown reason, the fused palates must have evolved at some point after modern birds were already established, the researchers said.