Love for one of the UK's most evocative but endangered birds, Eurasian Curlew, has inspired a range of musicians to come together and make an album celebrating the species and in turn support the RSPB's work to save them.

Merlyn Driver, David Gray and Talvin Singh are among the line-up of bird-lovers who have contributed to Simmerdim: Curlew Sounds, a unique double-album of music created out of a love for these threatened waders, incorporating a wide range of styles, from electronic curlew sampling to Indian tabla and traditional British folk.

The musicians all love the haunting sound of the UK's largest wading bird, but the species is in real danger. It was added to the Red List of birds in 2015 – those recognised as most endangered – after numbers had almost halved over the previous two decades.

The UK's breeding population makes up almost a third of the global total, making it especially vital. But Eurasian Curlew's situation is perilous, likely to become extinct in Northern Ireland and Wales in the next 10 years and continuing to decline rapidly elsewhere. 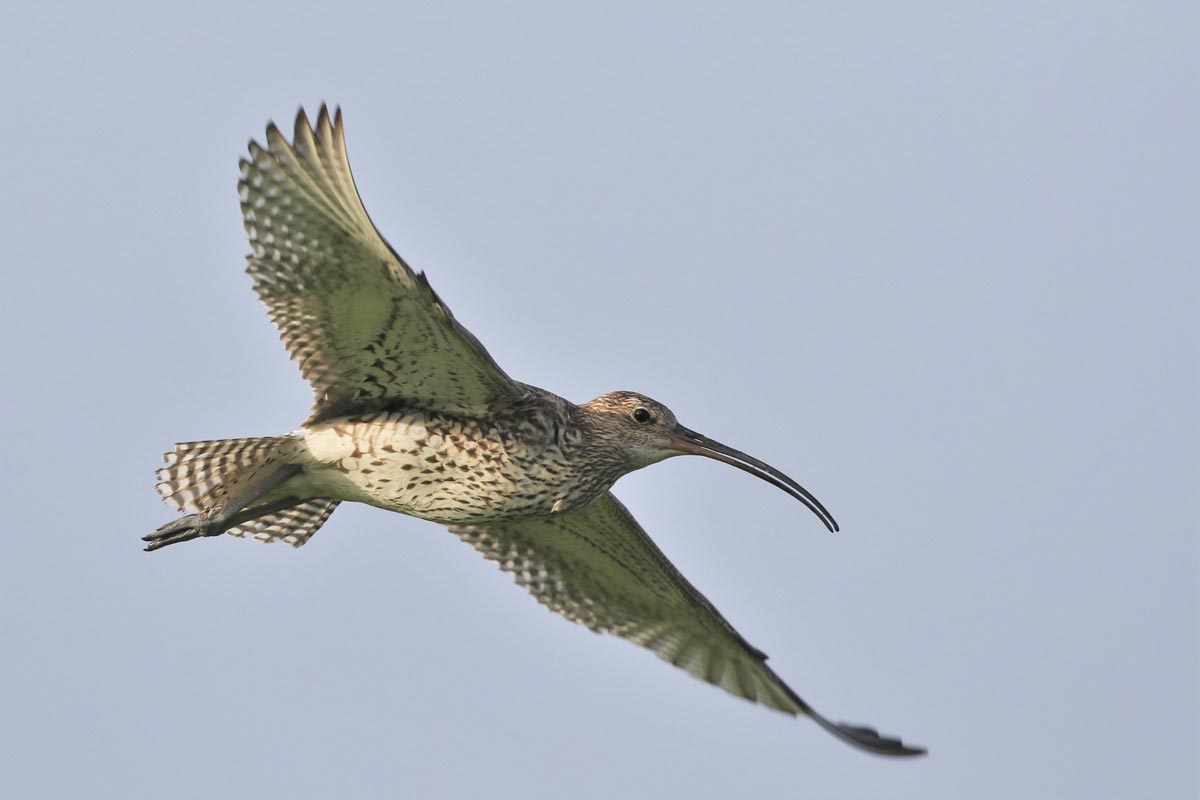 Numbers of breeding Eurasian Curlew have halved across the UK in the past two decades (Neal Warnock / RSPB).

Curlew Sounds is the brainchild of Orkney-born musician Merlyn Driver, who remembers hearing curlews during the 'simmerdim' – the night-long twilight found in the Northern Isles around midsummer – and claims he's never heard anything more beautiful.

The idea for the project emerged when Merlyn began working on a new song inspired by these memories. His research uncovered the wealth of folklore, poetry, art and music curlews have inspired, as well as realising how precarious their existence has become.

Merlyn said: "Curlew vocalisations are bewitchingly unique - they often sound major and minor at the same time. Curlews gave me so much joy and so many different pathways into imagination and wildness when I was growing up. The idea that we could lose breeding curlews in the UK inspired me to act and assemble new creative responses to this amazing bird. It's great to be able to pay reverence to them and contribute in a small way to their conservation."

For disc two, Merlyn travelled the country to record curlew, visiting Orkney as well as five locations where the RSPB is prioritising work to save breeding pairs – Geltsdale and Hadrian's Wall in England, Conwy Valley in Wales, Insh Marshes in Scotland and Loch Erne Lowlands and Antrim Plateau, both in Northern Ireland.

Samantha Lee, RSPB Senior Species Recovery Officer, said: "Curlew is a species that people really emotionally connect with, a bird associated with the changing of seasons and wild, sweeping, landscapes. They have such distinctive calls, but curlews are in real trouble and each year these sounds are getting quieter. It is really exciting for the RSPB to be working on a project like this, with Merlyn and others in the creative industry to help us engage with people about one of the UK's most endangered birds in such a different way."

The first single will be released on 21 April 2022 to coincide with World Curlew Day. Proceeds from the album, due to be released on 13 May 2022, will directly support RSPB work to protect curlew, including Curlew LIFE, a new project funded by the EU LIFE programme and in-country partners and managed by the charity.

For more information or to order the CD, visit www.curlewsoundsproject.org or www.rspb.org.uk/curlewsounds.