An expedition in Venezuela recently documented the little-known Urich's Tyrannulet for the first time in 16 years.

The tiny flycatcher was first described in 1899, yet had only been seen twice subsequently, in the 1940s and 2005.

With so few records, Urich's Tyrannulet ranks as one of the most poorly known birds in all of South America. Furthermore, its cloudforest habitat is being cleared for agriculture and scientists fear that this Venezuelan endemic could be at risk of extinction.

The expedition team, led by ornithologist David Ascanio, was able to prove its continued existence, capturing the first clear photos of the tyrannulet and the first-ever recording of its call, shedding light on its behaviour and ecology. 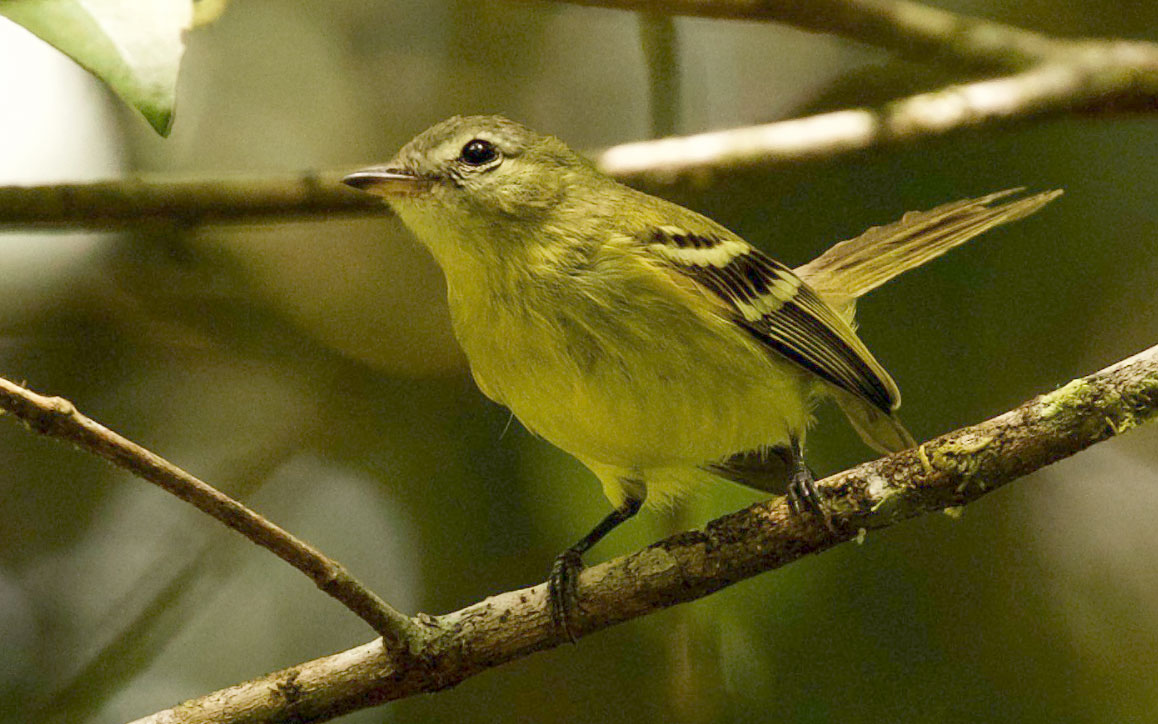 One of the first images ever taken of Urich's Tyrannulet (David Ascanio).

The mountains in north-eastern Venezuela where the tyrannulet lives are part of a unique ecosystem home to plants and animals found nowhere else. Among these are birds such as endemic Handsome Fruiteater and Venezuelan Sylph, both of which the team observed alongside the tyrannulet.

Unfortunately, the team found that one of three sites identified as having suitable habitat for the tyrannulet had already been badly degraded. The weather was so poor at another that it made searching impossible, but the third – Yucucual-Mata de Mango – resembled the one where Ascanio had originally seen Urich's Tyrannulet in 2005.

After 10 hours of searching, the team finally found their target bird, a pair of Urich's Tyrannulets. The next morning, they found a second pair and were able to document its vocalisations.

The sightings also gave ornithologists the first chance to describe some aspects of Urich's Tyrannulet's behaviour and habitat, and to accurately document what it looks like in life. The bird constantly cocks its tail, a behaviour commonly seen in warblers and some other tyrant-flycatchers, and seems to only live in forests with emergent trees, those reaching above the canopy. The tyrannulet also has a pale base to its lower mandible and an ill-defined line in the lower part of the face. These details are hard to detect on museum specimens and had been missing from descriptions and illustrations of the species.

"It's amazing that these forests still harbor surprises and practically unknown species," said Lina Valencia, Andean Country Coordinator for Re:wild, which helps scientists search for lost species around the world. "Expeditions to remote areas like Yucucual-Mata de Mango are extremely difficult, but it's really encouraging to find such a rare species like Urich's Tyrranulet."

With so much of the forest in the area gone, Yucucual-Mata de Mango may be one of the only places left where Urich's Tyrannulet still survives. Ascanio hopes that with the help of the local community, this forest will become a destination for birders and ecotourists, and that the habitat, the tyrannulet, and the many other unique species living there will be protected for years to come.

For researchers at American Bird Conservancy and Cornell University's Lab of Ornithology, data from the Cornell Lab of Ornithology's global eBird database initially helped to bring the Urich's Tyrannulet to their attention. "Urich's Tyrannulet was one of only sixteen species of birds in all of South America that no one had reported in eBird in the past 10 years, so it immediately stood out to us as one of the most poorly known birds on the continent," said John C Mittermeier, Director of Threatened Species Outreach at ABC. "Considering that it is also Endangered and that much of the habitat in its small range has disappeared since it was last seen, trying to find the tyrannulet and confirm that it had not gone extinct was an important conservation priority for us."