A lethal Gulf Coast 'red tide' that littered Florida beaches with dead wildlife in 2018 is back and posing a threat to the Near Threatened Reddish Egret.

Earlier this month, two of the egrets – satellite-tagged as part of a research project – died from likely red tide poisoning in the Ding Darling Wildlife Refuge on Sanibel Island. Since they were tagged in 2014, the birds provided a trove of information regarding local movements of the species. 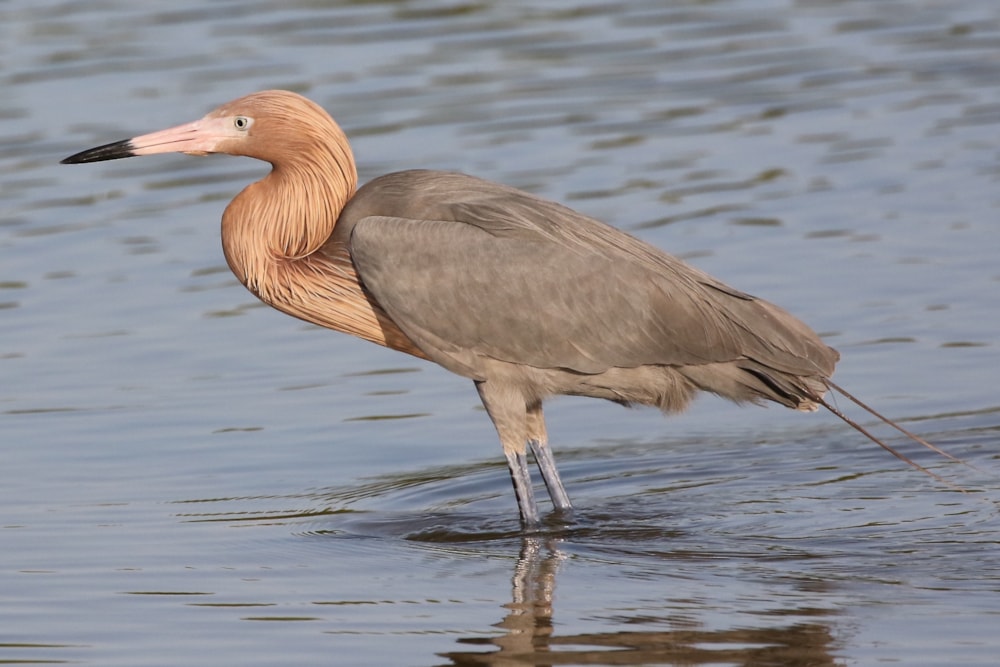 Reddish Egret is the rarest egret species in North America, with a population of approximately 2,000 pairs (Ian Norris).

A ‘red tide’ is a phenomenon caused by algal blooms during which algae become so numerous that they discolour coastal waters. The bloom may also deplete oxygen in the waters and release toxins that can cause illness in humans and other animals.

In 2014, zoologist Ken Meyer, director of the Avian Research and Conservation Institute in Gainesville, fitted five birds with $4,000 trackers after Ding Darling hired the institute to study the small family of egrets at the refuge.

Meyer said: “These birds are giving us a signal. It might seem insignificant, but what they're revealing to us is that the problems that we already know are a problem, are not going away. They're only getting worse.”

Reddish Egrets were nearly hunted to extinction during the plume trade. However, unlike other herons and egrets affected by the trade, Reddish numbers remain small. This may be partly down to their foraging behaviour – they need clear water and solid sand, whereas other egrets will fish in any kind of water.

These specific feeding habits can also make Reddish Egrets fiercely competitive and territorial, meaning they tend not to move around much. So, when their habitat deteriorates, the population suffers. As few as 350 pairs are estimated to remain in Florida.

The two research birds, named Ding #2 and Darling, were particularly valuable because they lived in and near the protected refuge. That appears to have helped them survive about twice as long as Reddish Egrets that have been studied in the Florida Keys, where car strikes and other predators are more common.

Concentrations of the toxic algae in October this year appeared to be higher and more toxic than in 2018. While ‘red tides’ occur naturally, and birds have likely survived centuries of tides, manmade pollution and climate change are making the tides worse and more lethal.