A spell of southerly winds and mild conditions during the past few days has seen the first reports of spring migrants back in Britain.

Northern Wheatear is often the first summer visitor to make it back to our isles, and on Wednesday 17th, one was reported at Llanelli Wetland Centre, Camarthen. Another was reported in Buckinghamshire on Saturday [20th], before a cracking male was photographed at Dungeness, Kent, the following day. 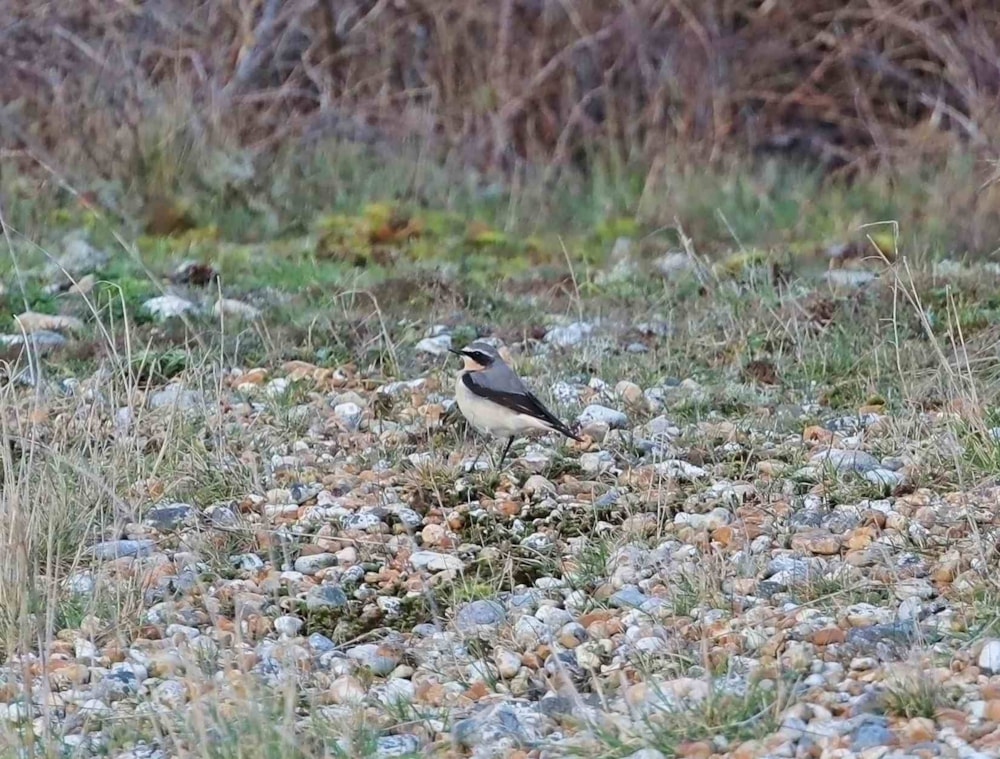 This male Northern Wheatear touched down at Dungeness, Kent, on Sunday (Martin Casemore).

Friday 19th saw the first Sand Martin – at Cardiff Bay, Glamorgan. It was still there the following day, as well as another in the county at Dowlais Top, and Cape Clear, Co Cork, scored Ireland's first on 21st. Swallows had led the hirundine charge, with the first on Tuesday 16th at Ruan Minor, Cornwall; further individuals made it to Dorset on 19th and Somerset and Bristol on 20th.

The first migrant Garganey of the year dropped in at Woolston Eyes, Cheshire, today [22nd], and a Eurasian Dotterel reached Cornwall, too. An early Eurasian Stone-curlew was at Farlington Marshes, Hampshire on Sunday 21st. On the same day and also on the south coast, the first White Wagtail was logged, at Hove, East Sussex.

With the mild temperatures and strong southerly airflow set to dominate during the week ahead, it seems plausible that more migrants will appear, and it wouldn't be a great surprise if the first House Martins or Little Ringed Plovers get reported. There may even be an early overshoot, with Great Spotted Cuckoo the obvious candidate at this early date. 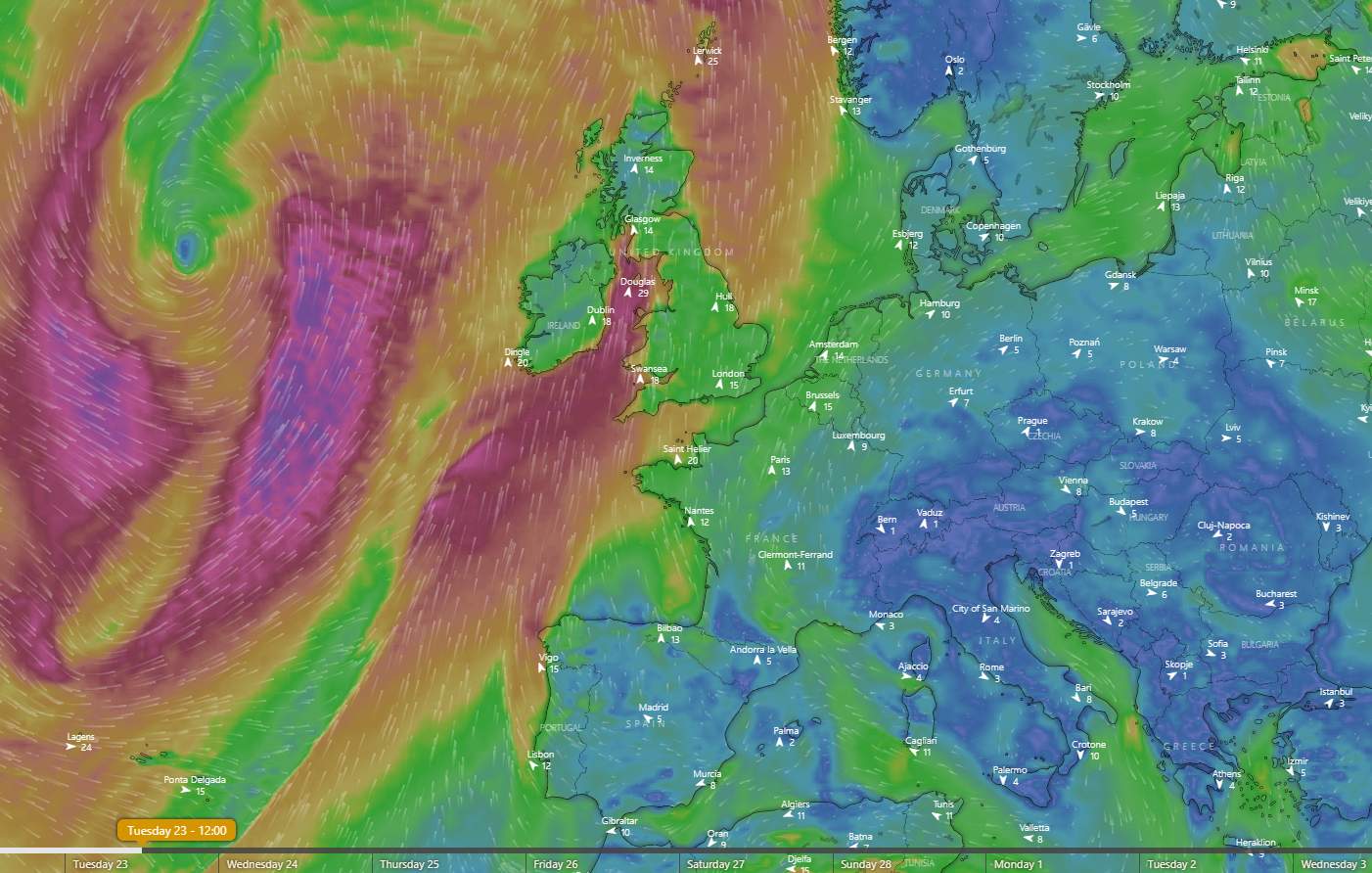 A strong southerly airflow straight out of Iberia could see more migrants arrive in the coming days, especially in western areas (windy.com).