Butterfly Conservation has confirmed that a declining butterfly has been discovered in Scotland for the first time in more than a century.

Borders Butterfly Recorder Iain Cowe found a White-letter Hairstreak feeding in a field edge near Paxton, Berwickshire, on the Scottish borders on 9 August. Butterfly Conservation Scotland is now working to discover if the butterfly has established a breeding colony in the area.

Iain’s encounter was only the third time the butterfly has been seen in Scotland, with the last sighting occurring as long ago as 1884. He said: “It is not every day that something as special as this is found when out and about on a regular butterfly foray. It was a very ragged and worn individual found feeding on Ragwort in the grassy edge of an arable field.”

White-letter Hairstreak suffered its worst year on record in 2016 according to the UK Butterfly Monitoring Survey, and although widespread across England and Wales, it has suffered a 72 per cent decline over the last decade. The butterfly’s caterpillars feed on elm, and White-letter Hairstreak declined dramatically in the 1970s as a result of Dutch Elm disease.

The species, which has a distinctive ‘W’ marking on the underside of its wing, has seen its population slowly spread north in recent years, most likely as a result of a warming climate. There are only two previous records of the butterfly in Scotland, one in 1859 in Dumfries and the other in 1884 in Dunoon, Argyll and Bute. If a breeding colony is confirmed it would take the total number of resident butterflies in Scotland up to 34.

Paul Kirkland, Director of Butterfly Conservation Scotland, commented: “We don’t have many butterfly species in Scotland so one more is very nice to have.

“Although Dutch Elm disease occurs in Scotland, we still have a good amount of Wych Elm, so hopefully it will prosper and spread, although its arrival here is almost certainly due to the warming climate.” 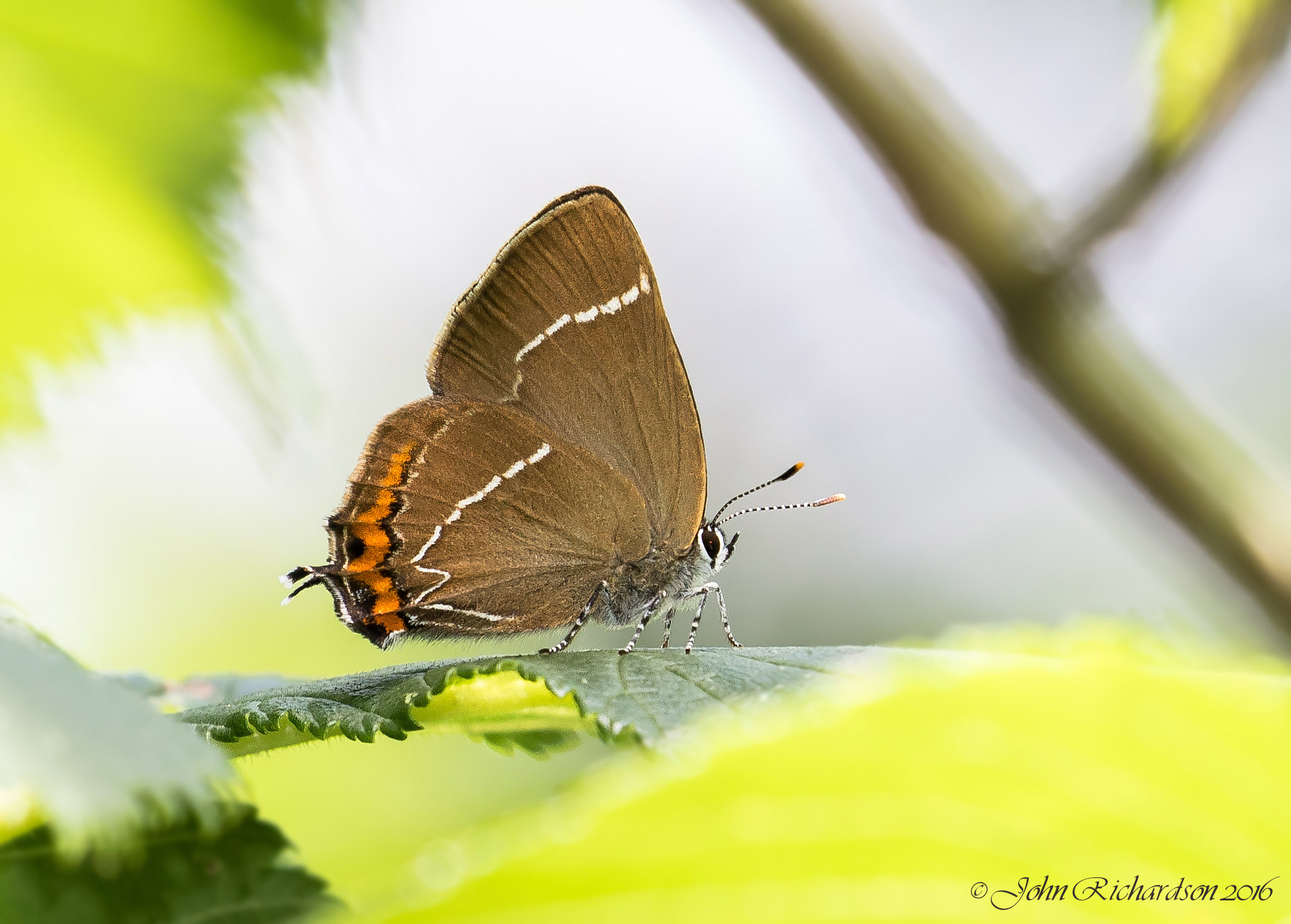 White-letter Hairstreak gets its name from the distinctive 'W' pattern on the underside of the wing (John Richardson).