A pair of Golden Eagles has been unable to successfully rear the first chicks hatched in Orkney in almost 40 years.

RSPB Scotland staff confirmed there were chicks at the nature reserve on Hoy in May, but it is now thought they succumbed to cold and wet weather. However, there is optimism the adults will return next year. 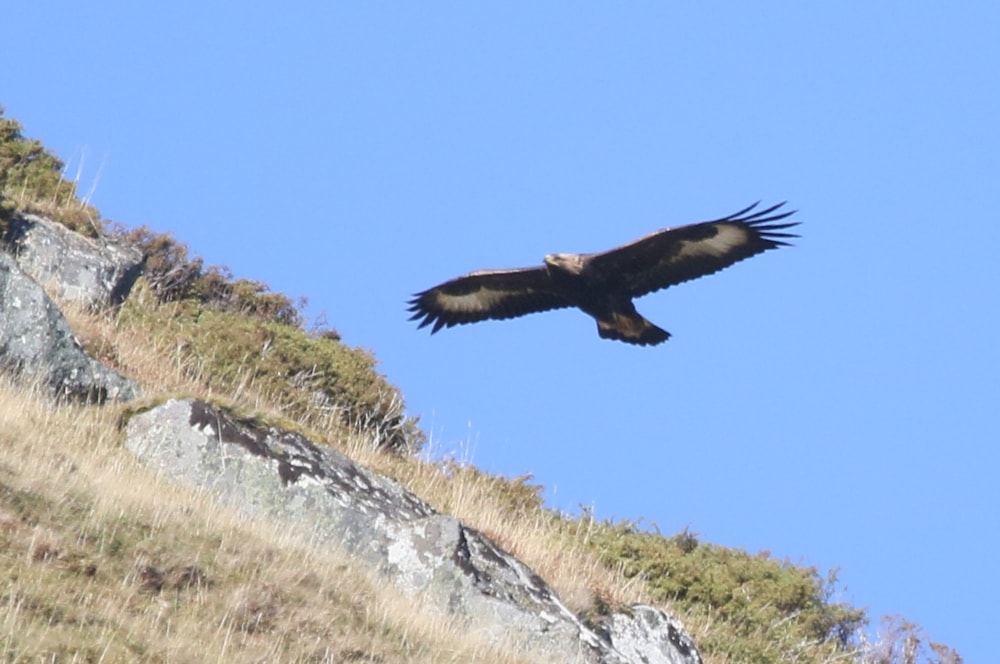 A Golden Eagle pair nested on the remote island of Hoy this spring (Steve Nicklin).

RSPB Scotland's Hoy warden Lee Shields said: "There was great excitement in May when the first Golden Eagle chicks for almost 40 years were confirmed on the island. However, the behaviour of the birds later that month suggested that all was not progressing as normal.

"Although this was disappointing news for those following the fortunes of Hoy's eagle population, it isn't all that unusual for young birds like this to make mistakes in their early nesting attempts and they did well to get to chick stage.

"Local eagle watchers remain hopeful that they will return for a fresh attempt next year."