A team from Medical University of Vienna has implanted a bionic leg to a wild Bearded Vulture – the first instance where a metal bionic leg has been fitted to a bird.

A team, led by Dr Oskar Aszmann, performed the life-saving surgery, known as osseointegration. The team believed that in such large birds as that of a vulture, the loss of limbs results in loss of the ability to walk and ultimately to death from malnutrition. 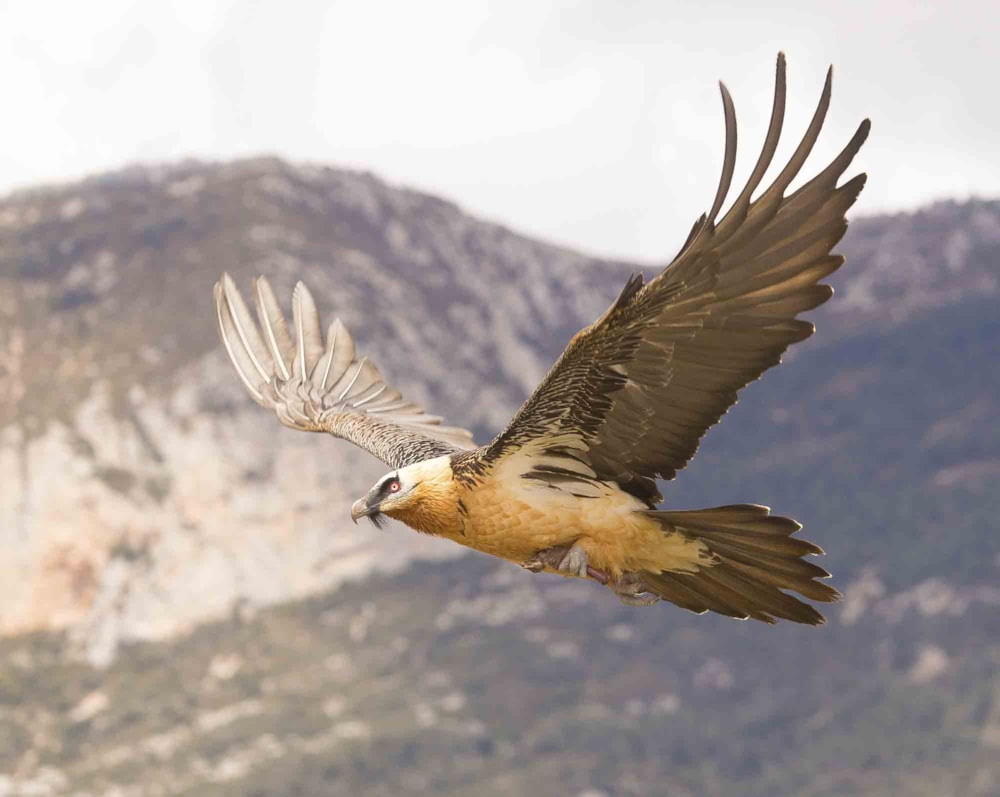 The surgery marks the first instance where a metal bionic leg has been implanted in a bird (Ron Marshall).

A statement read: "This [fully integrated bionic arm prosthesis] is ready-to-use and is described as "Plug and Play". Although all bionic aids have so far been used in humans, the technique known as osseointegration has now been used for the very first time in a Bearded Vulture – the creature was given a new foot."

The ankle of the vulture, which is nicknamed ‘Mia’, had become entangled with sheep's wool fibres which her parents used to build the nest. Mia suffered major injuries in her right leg where her toes started to die due to lack of oxygen. The part was injured and strangulated because of sheep's wool.

Together, the researchers developed a rare bone-implant capable of being attached to the affected right limb. By the method of osseointegration, external parts of the artificial metallic body part are directly connected to a bone anchor which guarantees solid fixation to the skeleton. Dr Aszmann's team recently relied on this technique and stated that this practice has been performed on humans previously, but Mia is the first bird with a successful bionic leg restoration.

The surgeons have installed the metal anchor into Mia's right limb where her ankle was attached. Over time the bone grows into the metal which provides anchor, "integrating" the metal rod into Mia's skeleton.

Also, the vulture's bionic leg is a black rubber cylinder instead of being shaped like an artificial bird foot. This will provide her with grip on surfaces and also act as a shock absorber.