The National Centre for Birds of Prey (NCBP) in Helmsley, North Yorkshire, has successfully bred from its two Griffon Vultures for the first time – leading to what is believed to be Britain's first ever captive-bred vulture being released into the wild.

The Duncombe Park-based centre has been home to a disabled pair of Griffon Vultures rescued from the wild since 2012. After five years of trying to breed them, Charlie Heap, who runs the NCBP, built an artificial incubation room in 2018.

The egg was artificially incubated and hatched on 1 April 2019. The baby Griffon Vulture was then hand reared for the first few days of life and went back in with the parents, where visitors have watched her grow over the summer. 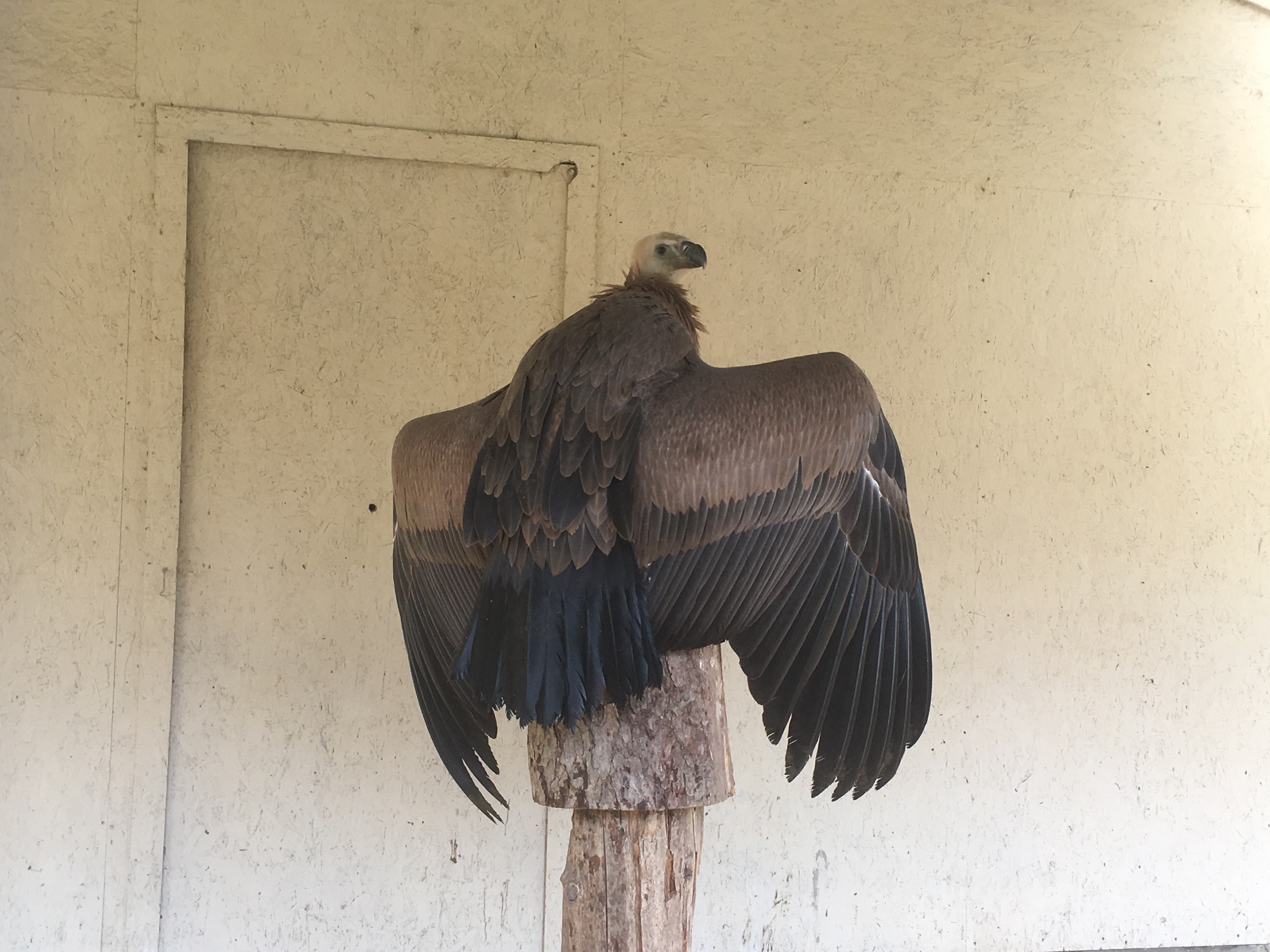 'Vicki' is thought to be Britain’s first ever captive-bred vulture to be released into the wild (NCBP).

The young vulture, christened Vicki, is now fully grown and has been accepted into the Vulture Conservation Foundation’s (VCF) release programme in Sardinia, where the plan is to release 60 birds to establish a genetically self-sustaining population.

Unwilling to risk such precious cargo with a courier, Charlie Heap and fellow NCBP director Dr Vicki Lamb drove non-stop in their car for 1,760 km with the bird earlier this month to take her to her new home. She is going to be temporarily housed with other young vultures before heading to the release aviary later this year. 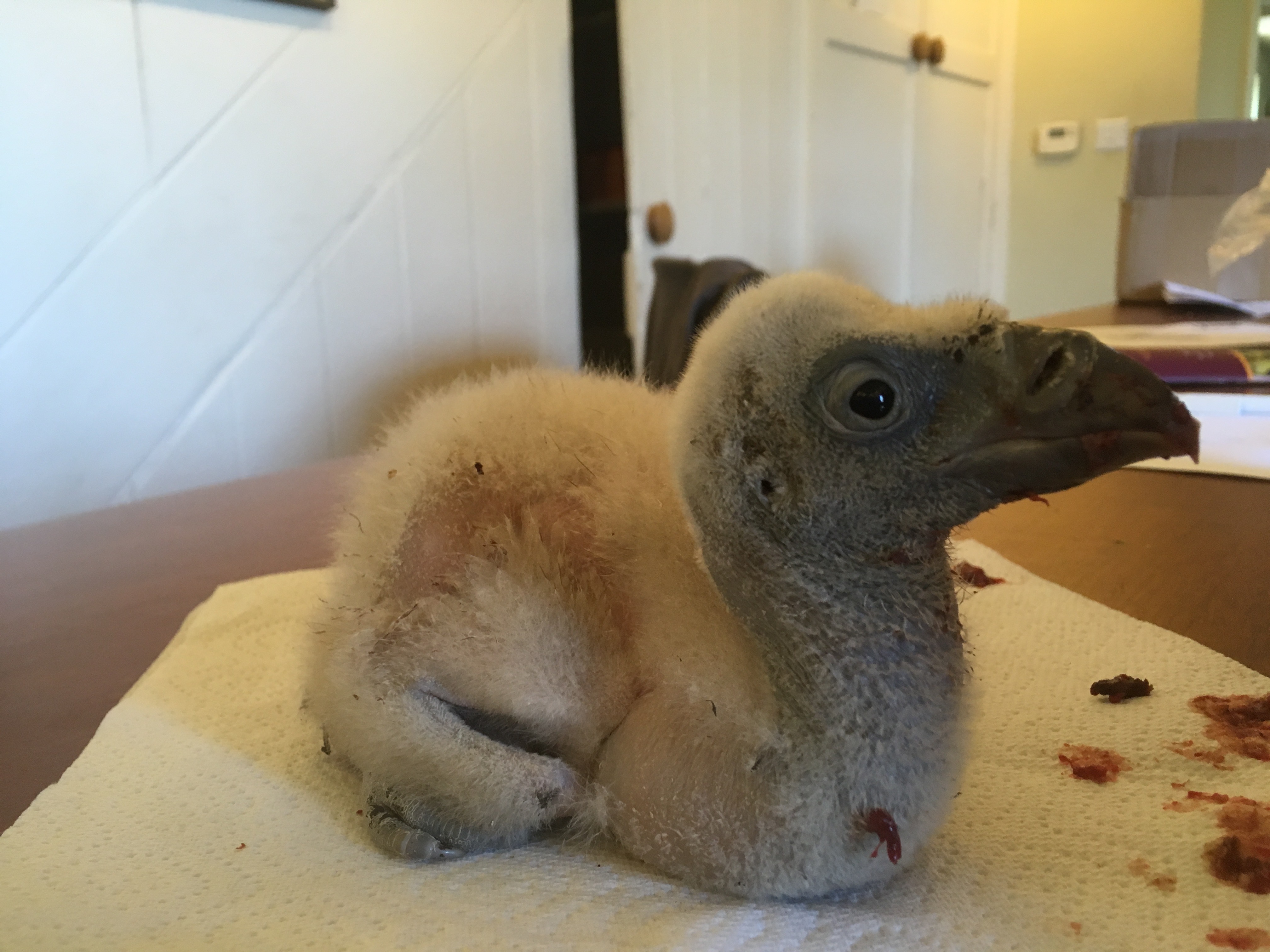 Charlie Heap said: "This really has been one of the highlights of my career. I'm not ashamed to say I shed a tear or two when this Griffon Vulture hatched in my hand. It's fantastic to think she will now spend her life soaring over the Mediterranean hills.

"Griffons are beautiful creatures, they have wonderfully long eyelashes, and they're extremely intelligent. They make the most devoted and caring parents who pair for life. But they're very misunderstood – they do a great job as nature's dustmen cleaning up stuff no one else wants to, for free! For many people, the fact they eat carrion is unpleasant – but the meat they eat is often fresher than what most humans consume.

"They help prevent the spreading of diseases such as anthrax and rabies, as the bacteria in the carrion is killed by their stomach acid. Vicki's parents came from a Spanish rehabilitation centre 20 years ago and are both disabled – the female is only partially flighted, and the male has only one wing. Injuries like these are common in big vultures in the wild, where they have collided with power lines or have been stuck by wind turbines.

"Their aviary was specially designed and constructed to meet their needs. Breeding from a one-winged male is very unusual due to balance issues, so we weren't sure it was ever going to be possible. This is proper, front-line conservation – and I couldn’t be more excited."

NCBP hopes to breed its Griffon Vultures again in 2020.