The ASBO was imposed because of the damage Gonshaw, who was also jailed last year, has wreaked on rare birds by stealing their eggs. For the next ten years, the maximum ASBO term, this will prevent him from travelling to Scotland during the breeding season (1st February to 31st August) because of his repeated previous trips to take eggs of species such as Golden Eagle and Osprey. He is further prevented from visiting all RSPB and Wildlife Trust land for the next ten years. 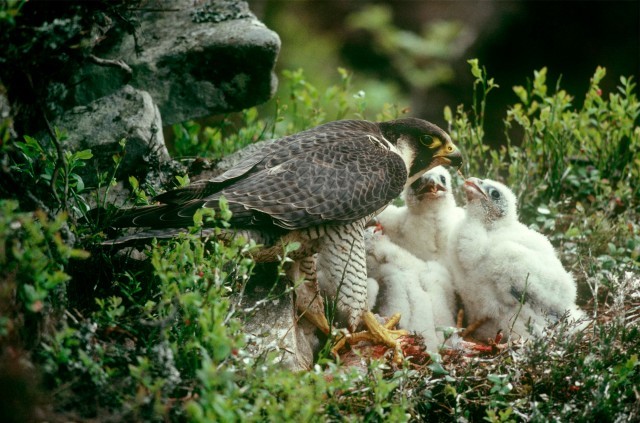 The ASBO, which was delivered at Stratford Magistrates Court on Friday, also strengthens the penalties for any future wildlife crimes. Instead of the £5000 maximum fine and six months' imprisonment that can be imposed under the Wildlife and Countryside Act, Gonshaw could receive a £20,000 fine and a five-year jail term for breaking the conditions of the ASBO.

The RSPB's Mark Thomas was in court to hear the announcement. He said: "Matthew Gonshaw has become a serial menace to birds, targeting the eggs of some of our rarest birds, such as Avocet, Red Kite and Peregrine Falcon. Over decades he has plundered hundreds of birds' nests for a selfish desire to add to his egg collection. Gonshaw's actions have limited bird populations and further denied people the pleasure of seeing more of these birds in our skies. We're delighted at today's announcement. If Gonshaw breaks the ASBO's terms then he could return to prison for up to five years. Already being the only man in England to be denied the joy of visiting our nature reserves, he must surely realise that it's now time to give it up and leave the birds alone."

Gonshaw is currently serving his fourth prison sentence for egg collecting and currently holds the record in the UK for the person who has spent the most time in prison for these crimes.