A large-scale fire has consumed some 25% of Thursley Common over the weekend, posing a terrible threat to the many bog and heathland species found on the SSSI.

Surrey Fire and Rescue Service (SFRS) received a high volume of calls following residents spotting huge plumes of smoke rising from the common at around 4.30 pm on Saturday 30 May. As many as 14 properties had to be evacuated by police, while local residents were also warned to close their windows to prevent breathing difficulties. Surrounding roads were closed as well. 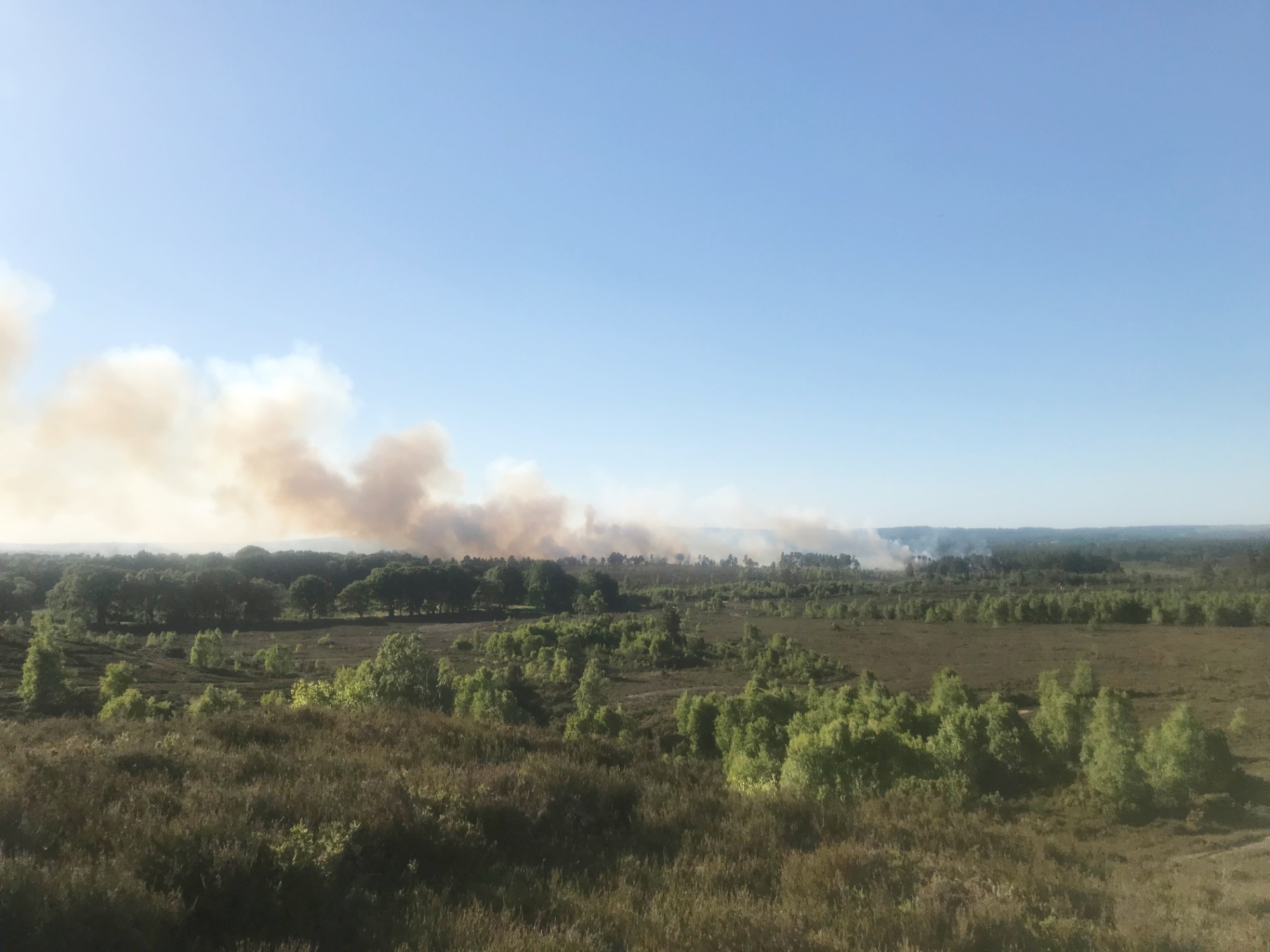 The fire at Thursley Common could be seen for miles (John Smith).

As of Sunday afternoon, wildfire units and fire crews were continuing to attempt to put out the blaze, which had by that point consumed 20 ha and spread slowly east.  Smoke from the fire was visible for a number of miles and, with the warm temperatures and strong winds set to continue locally, there were concerns that the fire may continue to spread.

However, by Monday 1 June, it was confirmed that the fire was almost under control, with fire crews still damping down to ensure that there are no more flare ups. Some 25% of the common has been affected by this fire, with the much of the popular boardwalk around Pudmore lost.

In 2006, a large fire broke out at Thursley Common and it took more than two years for the worst-hit areas to fully regenerate. With many birds at the height of their breeding season, this latest blaze comes at a devastating time.

It follows on from major incidents at Hatfield Moors and Wareham Forest last week and, earlier in the season, at Tay Reedbeds in eastern Scotland.