The Fish & Wildlife Foundation of Florida has announced a $140,000 grant to prevent the extinction of Florida Grasshopper Sparrow, widely considered North America's most endangered bird. 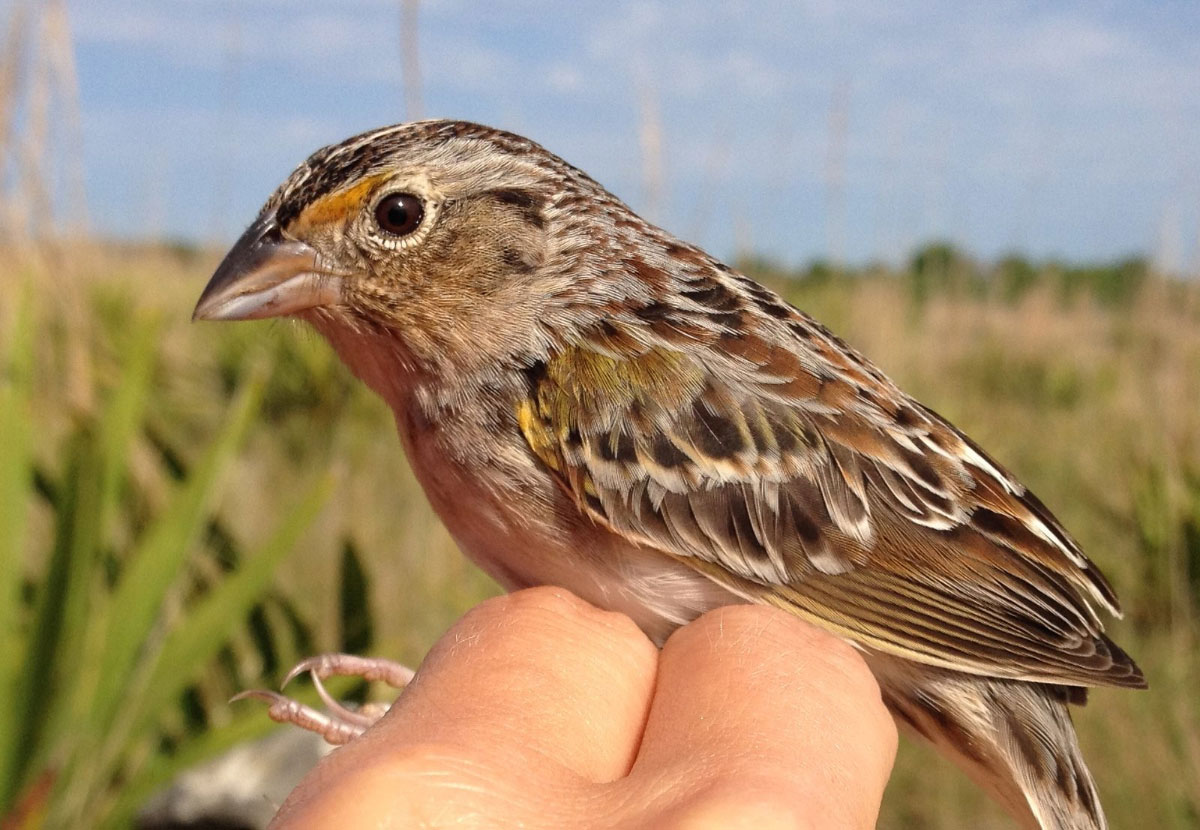 A Florida Grasshopper Sparrow in the hand; the subspecies is currently teetering on the edge of extinction (Florida Fish and Wildlife).

Despite public land managers' conservation efforts, its population continues to decline steeply at sites where it should be thriving. Indeed, it is thought that no more than 30 breeding pairs of sparrows remain in the wild, according to federal and state biologists. The long-term drop is largely due to degradation and destruction of the sparrow's favoured habitat across central Florida, of which 85% has been lost.

As their numbers have fallen, the sparrow population overall has become increasingly vulnerable to predation by skunks, snakes, raccoons and other animals, and seasonal flooding from heavy rains. Intensive conservation measures are now essential to saving it from extinction.

Breeding sparrows in captivity is a critical part of a multi-faceted strategy for preventing their demise. The Foundation's $140,000 to the Fish and Wildlife Conservation Commission will be used at White Oak Conservation Foundation in Yulee to breed young birds in captivity that can be released into the wild.

Similar foundation grants totalling $215,000 in 2019 allowed White Oak to hatch and rear 129 juvenile birds. A total of 105 birds were released last summer on public conservation lands south of Orlando. Another 40 birds were released this winter. These birds were too young to mate and nest in 2019, but hopes are running high that they'll begin breeding later this spring.

"Every nest counts," said Foundation President and CEO Andrew Walker. "Anything we can do to help each pair nest successfully is one more ounce of hope for the bird's future."