Fight to save Ghanaian rainforest from mining

Conservation charity A Rocha International is seeking support for a campaign to recognise Ghana's Atewa Forest as a National Park before plans to mine the Atewa Hills are put into practice.

Atewa Forest, one of West Africa's largest surviving rainforests, is well known for harbouring a high diversity of threatened and endemic species including birds, mammals, reptiles, butterflies and amphibians. The area proves a highlight of many birding trips to Ghana, offering the chance to see rare and desirable species such as Blue-moustached Bee-eater, Western Wattled Cuckoo-Shrike and Nimba Flycatcher amid excellent tropical forest birding. 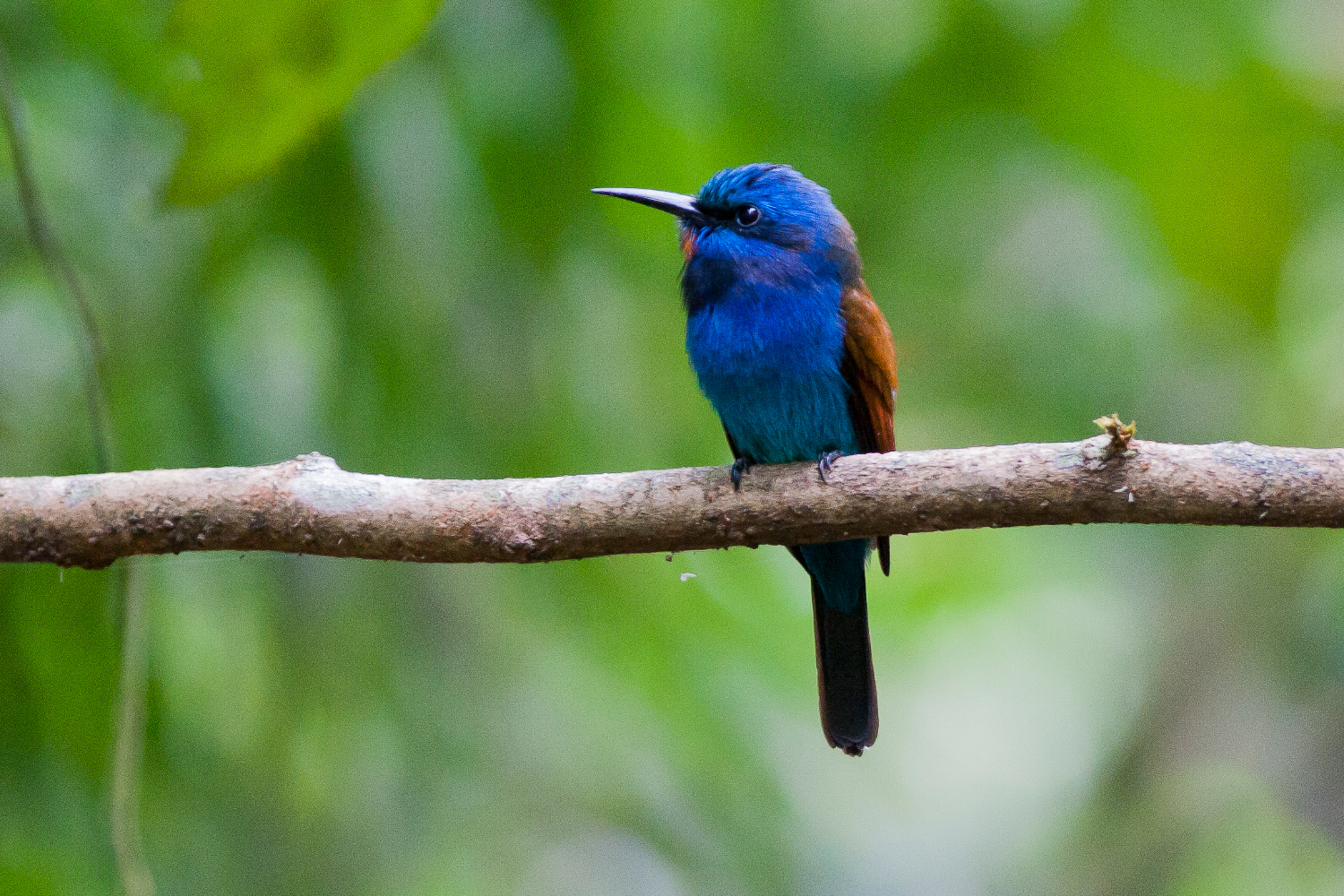 Blue-moustached Bee-eater is one of the 'blockbuster' species that Atewa supports (David Monticelli).

Chris Townend, owner of Wise Birding Holidays, who ran a tour to Ghana in conjunction with Birdwatch in January 2017, explained: "Atewa is such a great place and has numerous Upper Guinea Forest endemics still hanging on in the forest. Besides Blue-moustached Bee-eater and Nimba Flycatcher, it has gems such as Tessmann's Flycatcher, Kemp's Longbill, Long-tailed Hawk, Congo Serpent Eagle, Chocolate-backed Kingfisher, Rufous-sided Broadbill, Yellow-throated Cuckoo ... the list just goes on! The butterflies are simply amazing too. It's always depressing when you hear the chainsaws from illegal logging while there."

Recently, A Rocha scientists also discovered that the globally endangered White-naped Mangabey lives in Atewa Forest. This rare terrestrial monkey is known from only a handful of sites in Ghana and is considered by the International Union for Conservation of Nature (IUCN) to be Critically Endangered with extinction. It was discovered during the course of a camera trapping survey of Atewa Forest. A Rocha scientists were trying to establish the current status of animals living on the forest floor, which are often vulnerable to hunting and trapping. 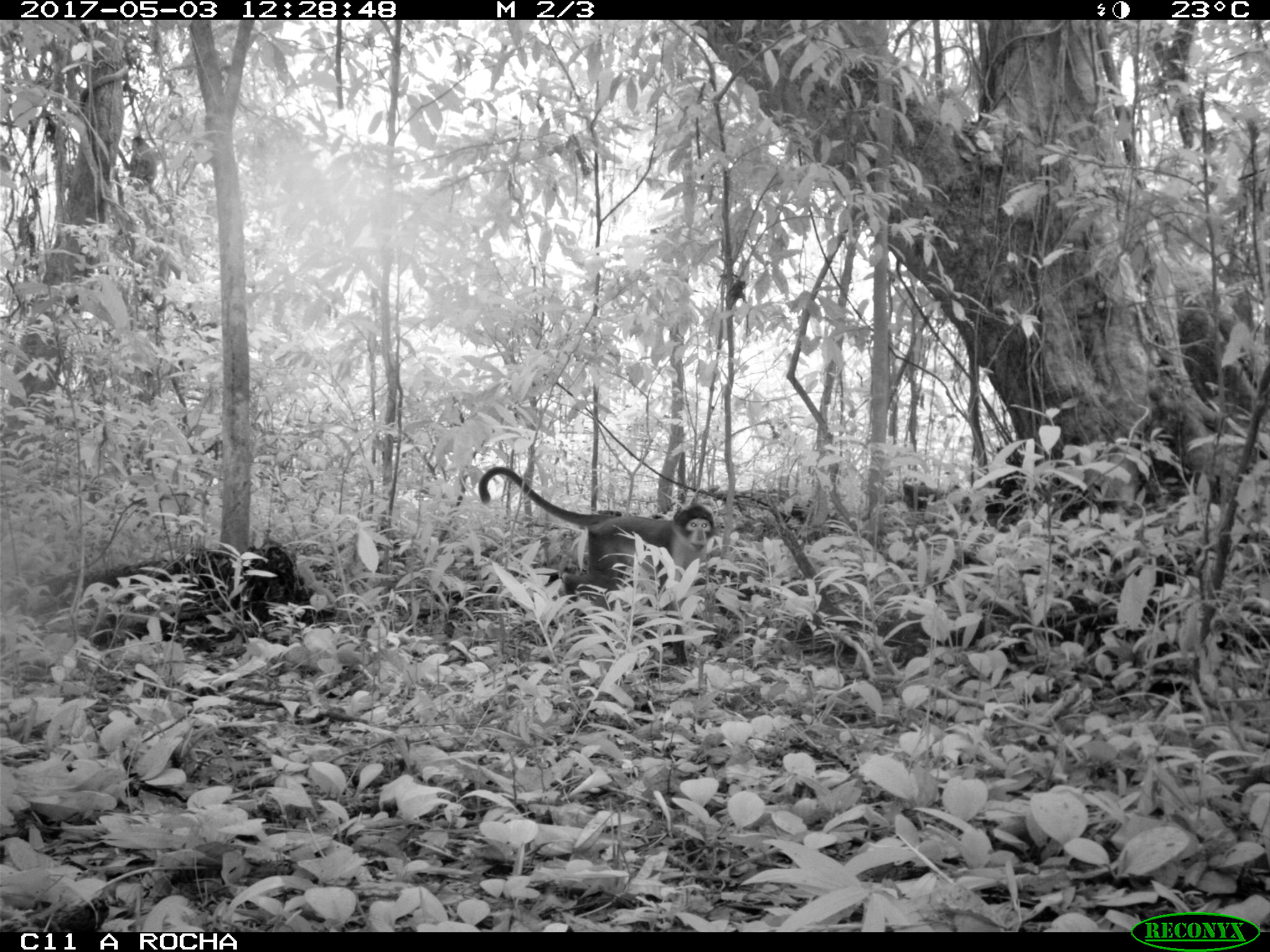 In recent months the importance of the ecosystem services that Atewa Forest provides to many Ghanaians was highlighted in a report to the Government of Ghana titled The Economics of Atewa Forest Range, Ghana. Chief among these services is the clean water supply flowing from the Atewa Hills, which many millions of Ghanaians depend on.

This makes it all the more concerning that the Ghanaian Government has struck a deal with China to push ahead with plans to extract bauxite (aluminium ore) from the Atewa Hills at Kyebi. The hilltops will be completely removed during the mining because the bauxite deposits are found only in the top few metres. This will destroy all vegetation and associated fauna, because bauxite cannot be extracted using a low-impact method. Re-establishment of the original flora and fauna on areas that have been mined is virtually impossible, especially in the case of highly complex and biologically rich forests like Atewa.

Jan Kamstra of IUCN Netherlands explained: "Extracting bauxite from Atewa Forest is incompatible with biodiversity conservation and the ecosystem services that the forest provides. It will spell the end of the unique and irreplaceable species that the forest contains." 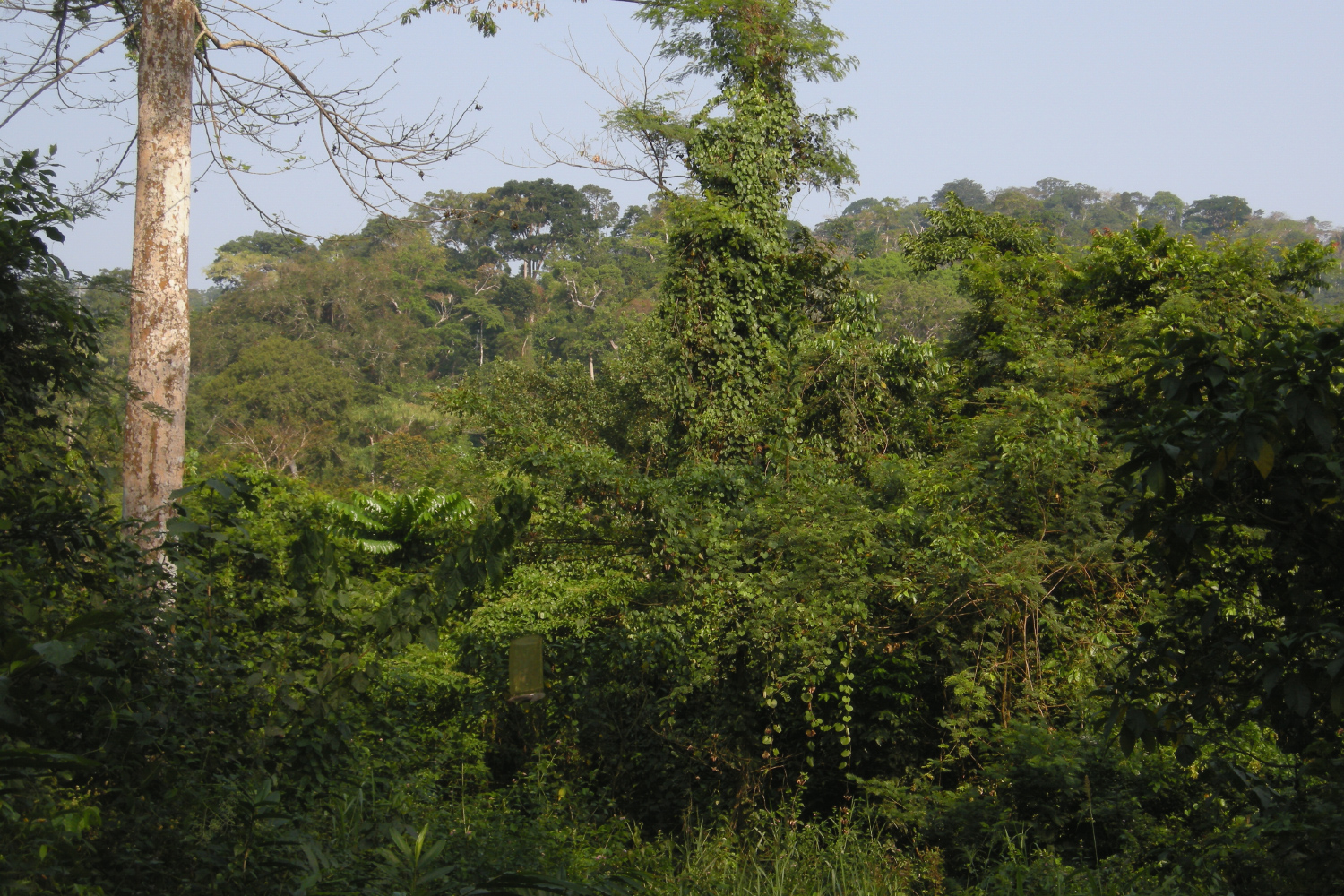 The lush forests of Atewa were visited on a Wise Birding tour, in conjunction with Birdwatch, in January 2017 (Chris Townend/Wise Birding).