A feral cat has been photographed and videoed feeding on a Shy Albatross chick's corpse on its nest on Auckland Island, New Zealand.

The albatross – classed as Near Threatened by the IUCN – was found dead at South-West Cape on the island on 25 August and vidoeed being fed on by the cat on discovery. Seabird colonies are having "havoc" wreaked on them by the introduced predators, according to conservationists.

Feral cats have been blamed for the extinction or decline of several endemic species in New Zealand, including Stephens Island Wren, which disappeared from its namesake island in the late 19th century. New Zealand conservationists have been trying to eradicate feral cats, pigs and House Mice on Auckland Island, an important locality for breeding seabirds, which is known as Maukahuka in its original Maori-language name.

Stephen Horn, Project Manager of the 19-strong Maukahuka Pest-free Auckland Island team, said: "The cat was first seen basking in the sun about 5-10 metres from the dead bird, and the photographers waited for a couple of hours before it strolled down the hill and resumed feeding on it, [when] they got the photos. It was still there the next day. Unable to say if it was just scavenging or had killed it. The neck muscles had all been eaten and it was feeding on the back, [and there was] no damage to the breast at that stage."

There are few records of feral cats attacking albatrosses and, in this case, the cat may have been scavenging a corpse rather than acting as a predator. There is an old record of a feral cat seen feeding on the corpse of a Light-mantled Albatross chick on Marion Island, South Africa, in 1981, though that island is now feline-free. Cats are also thought to have killed a number of Laysan Albatross chicks on the Hawaiian island of Kauai in 2015, although definite evidence of predation appears to be lacking. 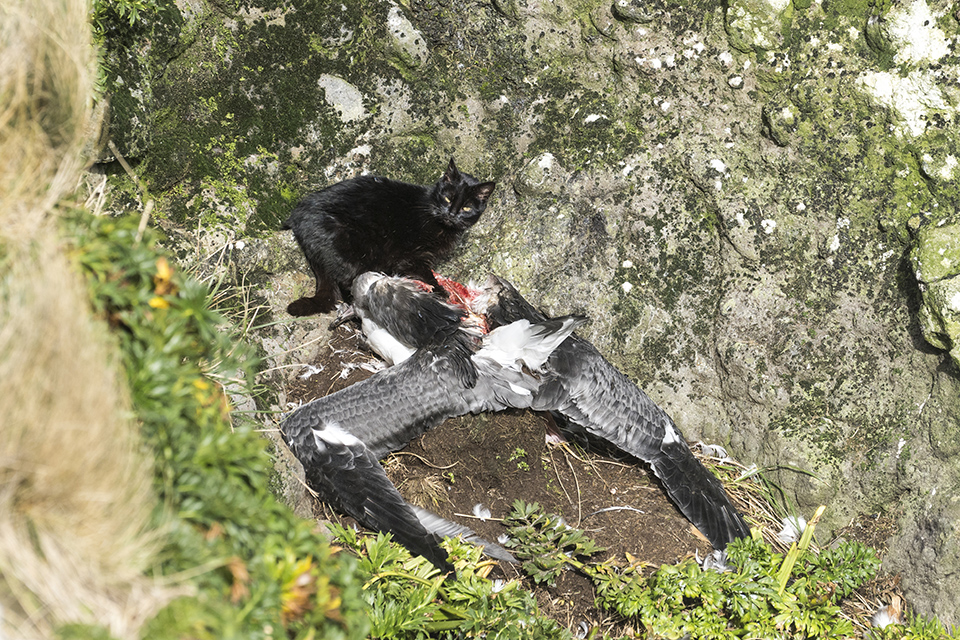 The project’s field work continues on Auckland Island with the aim of eradicating its introduced invasive species. Mr Horn reported that the team had tested potential meat-based cat baits, with three of the four of those used proving attractive to cats.

Monitoring by the winter team found that mouse numbers on the island had exploded after tussock-grass seeding last summer, and this appeared to have caused an increase in the numbers of young cats. The field team put GPS collars on 11 cats, in addition to 20 animals being tracked from the previous summer. The trackers have revealed that cats range up to 70 square kilometres in search of food, and move to steep coastal areas when seabirds such as Shy Albatross are nesting.

Next year's inaugural World Albatross Day has chosen its theme to be 'Eradicating Island Pests to highlight the problems of invasive predators on the islands used by rare and declining seabirds for breeding. 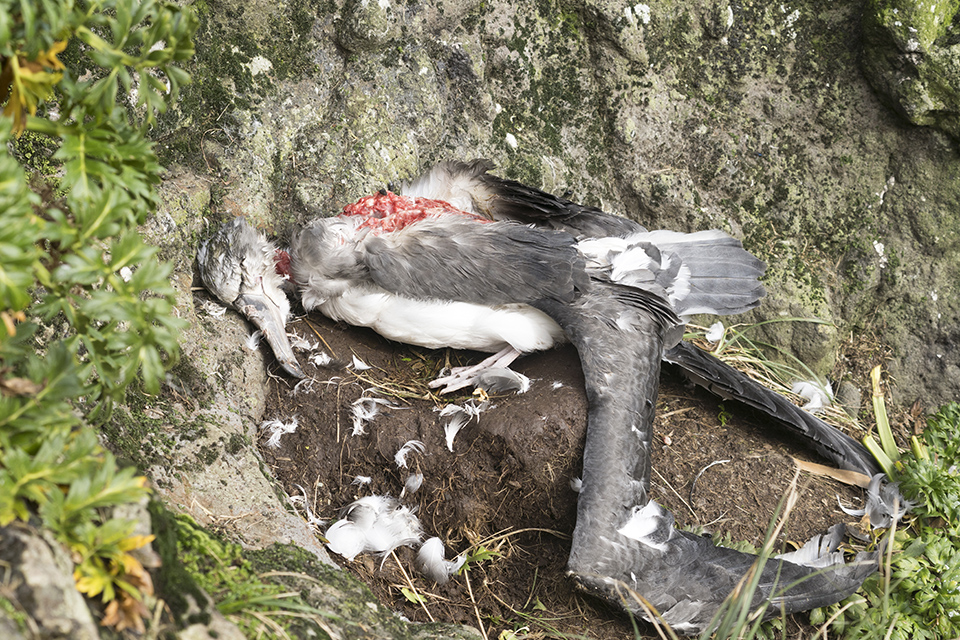