An impressive 78 individuals were tallied arriving to roost from the RSPB car park at Eldernell on the evening of 22 October, following a gradual build-up of numbers since early October. Seventy-two again appeared the following evening, but numbers have since dropped slightly to around 50 birds. 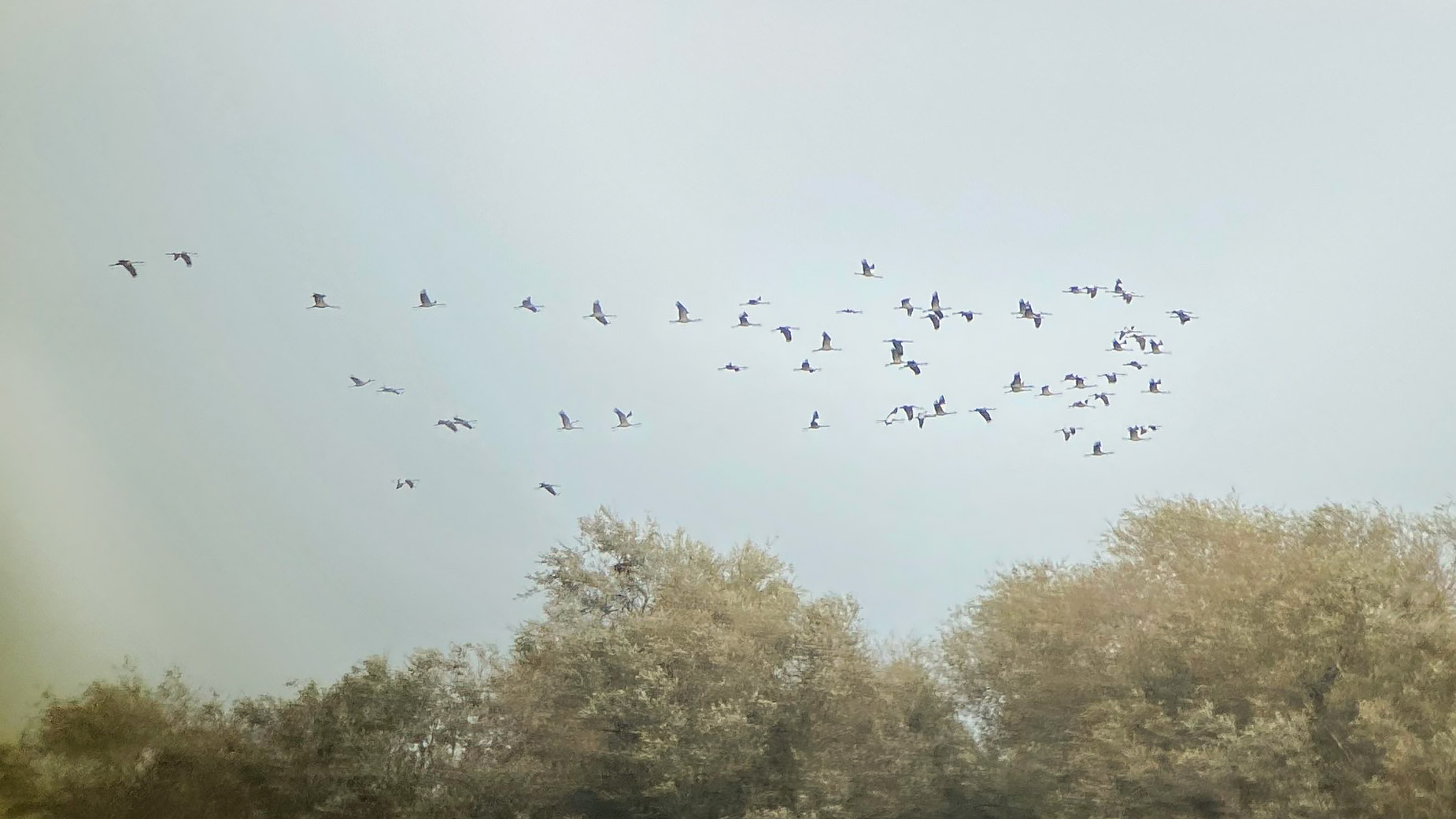 Aside a flock of approximately 100 birds in Sussex in late October 1963, part of a major displacement of the species at the time that saw up to 500 cranes arrive in southern England, this is the largest modern-day count of Common Cranes from anywhere in Britain.

Habitat creation and restoration across the fens of Lincolnshire, Cambridgeshire and Norfolk in recent years, including at the Great Fen Project and the RSPB's Nene and Ouse Washes reserves, has provided many wetland species with improved feeding and breeding opportunities in the area, with Common Cranes proving no exception. Just this summer, the species nested in Lincolnshire for the first time in more than 400 years.

In the winter months, fenland Common Cranes have a habit of ranging widely and aren't always seen in a single flock while feeding during the day. Birds will generally feed on agricultural fields, often in the company of wild swans, before returning to roost together at a favoured locality each evening.

The flock is assumed to consist of the entire population of fenland-breeding cranes, although it is unknown if birds arrive here for the winter from other populations in Britain. Broadland birds are presumed to stay in the East Norfolk area year-round, although could feasibly wander west to join fenland birds. A single ringed bird from the Somerset reintroduction scheme arrived in The Fens a few years ago and now seems resident in the area, being seen alongside her mate and offspring as recently as last winter.

Keep up to date with the latest sightings of Common Crane in the Cambridgeshire area at birdguides.com/sightings. To subscribe to the BirdGuides bird news service for as little as 96p per week, click here.