Figures for butterfly sightings in 2009 have raised fears that five of Britain's rarest butterflies face a growing risk of extinction. Their numbers last year either continued to plummet or remained at near rock-bottom levels. Conservationists are particularly concerned about the Duke of Burgundy, which has reached new low points in each of the past three summers and is now at its lowest level since monitoring began. The butterfly, which 50 years ago was a common sight in woodland clearings, now has fewer than 80 colonies throughout the whole of the UK. Other rare butterflies that remained at very low levels in 2009 include the High Brown Fritillary, with fewer than 50 colonies, and the Wood White and the Lulworth Skipper, both of which are down to under 100 colonies. Another rare species, the Pearl-bordered Fritillary, had its second worst year in 2009. 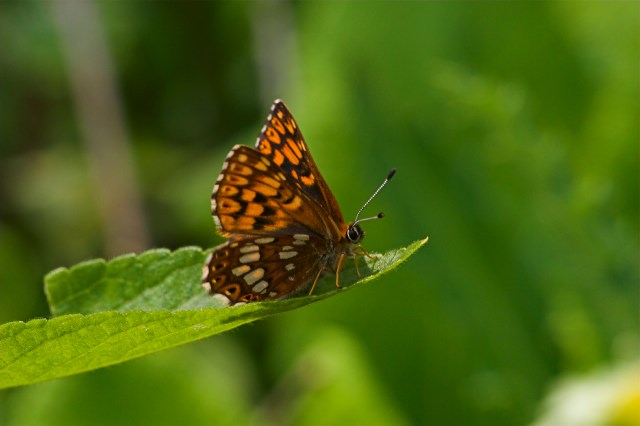 Concern for the future of these butterflies follows analysis of data collected by the UK Butterfly Monitoring Scheme from over 1,000 sites nationwide. The UKBMS is co-ordinated by the UK Centre for Ecology & Hydrology and the charity Butterfly Conservation. Experts believe that the extremely wet weather throughout the summers of 2007 and 2008, followed by the above-average rainfall of July and August 2009, have accelerated a long-term decline in numbers. Heavy rain makes it hard for butterflies to survive.

And it's not just the rare butterflies that are having a tough time. According to the new data, collected in the course of last year by the UK Butterfly Monitoring Scheme, some relatively common species including the Wall Brown, Small Skipper and Green Hairstreak also remained at very low numbers in 2009. The Small Tortoiseshell, which has suffered a serious decline in recent years, made a slight comeback. 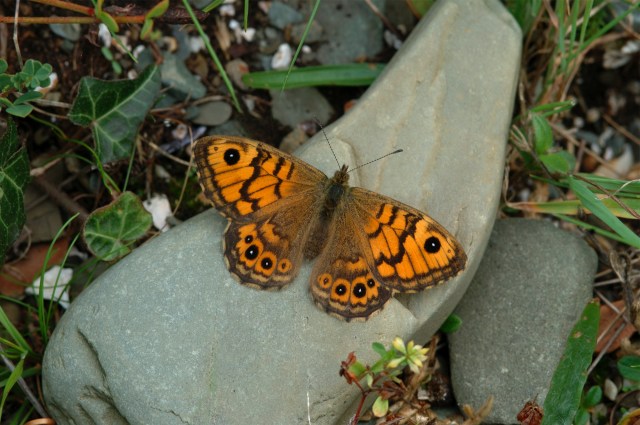 The highlight of 2009 was the massive migration of Painted Lady butterflies, which originated in North Africa and arrived in vast swarms in early summer. At one point it was estimated there could have been over a billion Painted Ladies in the UK. However, the UKBMS figures indicate that this migration was not quite on the scale of the last big one in 1996.

The UKBMS statistics show a very modest overall recovery compared with the dire summer of 2008, which was the worst for 25 years. In addition to the abundance of the Painted Lady, some native butterflies also did well in 2009. These included the Green-veined White, Ringlet and Speckled Wood — all of which thrive in lush woodland areas and may have been beneficiaries of the damp but not particularly cold conditions.

Dr Tom Brereton, Head of Monitoring with the charity Butterfly Conservation, said: "We are particularly concerned about the Duke of Burgundy. At the start of the century there were about 200 colonies in the country. This number has now more than halved — and most colonies that remain are small. It is a serious situation."

Butterflies are important as indicators, alerting us to underlying problems with the environment. If butterfly numbers are falling, inevitably other wildlife is in decline. The main factors causing the long-term decline of many butterfly species include the loss of crucial habitats such as flower-rich grassland and the intensification of farming methods. A lack of management is also causing problems in habitats such as woodlands.

Each year the UKBMS collates data collected by hundreds of volunteers nationwide. Dr Marc Botham, a butterfly ecologist at the Centre for Ecology & Hydrology who analysed the results, said: "The results show the enormous value of long-running datasets in identifying environmental problems. We are extremely grateful to the many volunteers who contribute each year. Through their efforts a new milestone was reached in 2009 when the number of sites monitored passed the 1,000 mark for the first time."