Farmers' contest to help save the Lapwing 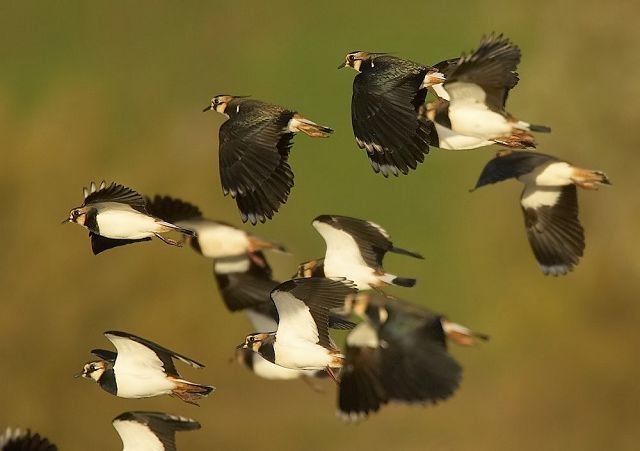 A £1,000 prize is up for grabs for the farmer who does most to help one of Britain's favourite birds.

The RSPB's 2007 Operation Lapwing competition will reward farmers both nationally and regionally for making improvements to increase the number of Lapwings on their land. Any farmer can enter, so long as they have had at least one pair of breeding Lapwings.

Lapwings have declined by almost 50 per cent since 1970 because of the loss of mixed farming - farms where both grassland and arable land are found together.

The cultivation of autumn rather than spring sown crops is also leaving too few bare patches for nesting in spring. Once eggs have hatched, the birds seek damp grassland for the earthworms and other insects on which both young and adult birds feed. Lapwing chicks can walk up to three miles within days of being born but if both habitats are close by, their chances of survival are much greater.

Dr Mark Avery, Conservation Director at the RSPB said: "The Lapwing is one of the nation's favourite birds. It is instantly recognised, its call is one of the first sounds of spring and its courtship display is stunning. "

"Its decline, like that of many farmland birds, is closely linked to the loss of farmland habitats but there has never been a better chance to put that right. Farmers are now paid for helping wildlife and the Lapwing is one of the species being targeted by specialist land management schemes." 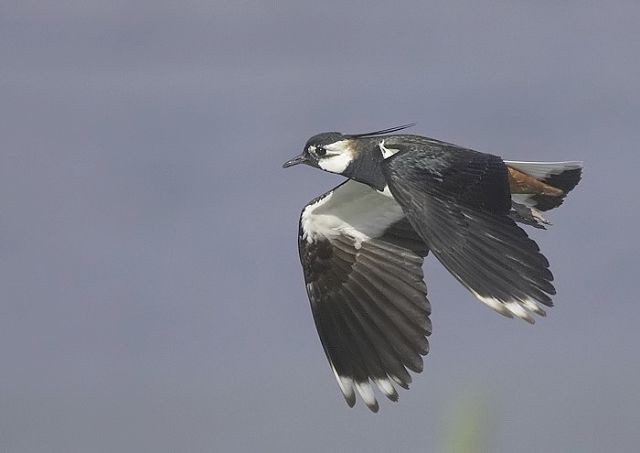 The RSPB launched Operation Lapwing, now sponsored by Jordans Cereals, in 2003 and since then winners have come from Derbyshire, East Sussex, Lancashire and Perthshire. To help Lapwings and take part in the competition, farmers can make a range of improvements to provide nesting and feeding sites for the birds.

Angela McColl, the 2006 winner who farms near Dunblane in Perthshire, said her success had been "about letting the farm do what it does best." She added: "In trying to drain the wetland, my father-in-law was fighting against nature. Now we are letting the land revert to its natural condition, which has made it so much more attractive to wildlife. Lapwings and Redshank were quick to return and were rapidly followed by many other species."

Bill Jordan, Chief Executive of Jordans said: "We are part of a generation that has witnessed a terrible decline in farmland wildlife, of which the Lapwing, or peewit, has been perhaps the most recognisable casualty. Jordans has been committed to environmental conservation on UK farmland for over thirty years by offering a premium to farmers in return for wildlife conservation. I am also delighted to say we have Lapwings on our own Conservation Grade farm at Pensthorpe in Norfolk. However, if we are to see a much broader return of these birds we need to get the environmental conditions right and also make people aware that Lapwings represent a healthy farmed environment."

Jenny Atkins, Manager of Operation Lapwing said: "All the winners, and the many other farmers who have taken part in Operation Lapwing, have made a difference to Lapwing populations in their areas. The RSPB applauds their hard work and dedication, and that of the thousands of other farmers across the UK, who are working hard to help birds and other wildlife on their farms. With more farmers contributing and being rewarded for doing so, the competition could make a significant contribution to reversing the Lapwing's decline."

"It will be difficult to revive the Lapwing's fortunes but it is such a wonderful, evocative bird that the effort and patience required will be well worth it." 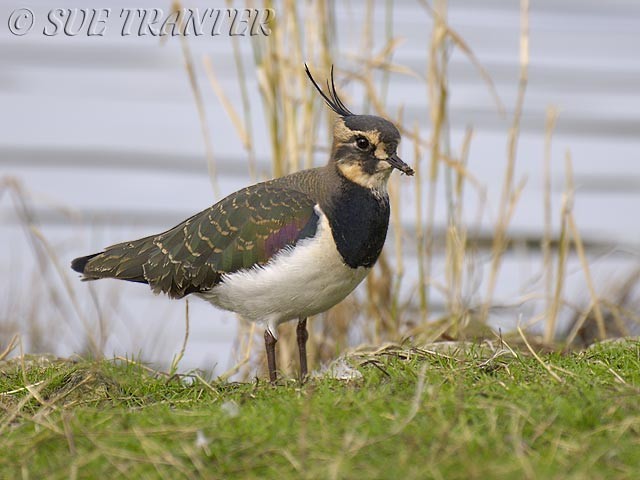 Entry details for Operation Lapwing are available at www.rspb.org.uk/operationLapwing, by emailing Lapwings@rspb.org.uk or by calling Jenny Atkins on 01767 680551. The closing date is March 16, 2007.

Farmers need only adapt a small area of their farm – a single field is enough. But the site should be away from woodland and have, or be close to, damp, grassy areas. The use of farm machinery should cease between March 31 and June 30 and livestock numbers should be low at this time. These actions will create bare ground for Lapwings to scrape out their nest and wet grass and muddy areas where insect food will thrive.

An RSPB project called Lapwing LandScapes has enabled the creation of 12,000 metres of ditches for Lapwing and three other species of wading birds on farmland, belonging to about 80 farmers north of Oxford. Fewer birds were breeding because of habitat loss but the use of the RSPB's rotary ditcher, a machine that carves out ditches and scrapes, has improved the 27,000 hectare (65,000 acre) area for Lapwings, Redshank, Curlew and Snipe by providing new areas for feeding and breeding. The machine was bought in the US and is the only one of its kind in Europe.

Lapwings produce one brood of up to four chicks and nest on bare land or open land with short vegetation. They avoid dense or tall vegetation including fields where crops were sown in autumn or winter and can lay up to five clutches in a season, if the previous attempt fails. They choose areas with a good supply of invertebrates on which chicks will feed. Birds nesting on arable farmland will often walk their chicks onto grazed pasture to feed. Young birds feed themselves from the time they hatch. Many nests are lost because they are trampled by livestock, particularly on intensively farmed upland.

There are about 156,000 breeding Lapwing pairs in the UK. The greatest decline has been in Wales where numbers dropped by 77 per cent between 1988 and 1999. Lapwings are also declining elsewhere in Europe where populations fell by 30 per cent between 1990 and 2000. Most European Lapwings are found in the Netherlands, Poland, Belarus and Russia. Elsewhere Lapwings range from the edge of the Arctic to China.