Newcastle's famous urban-breeding Kittiwakes are under direct threat from a planning application submitted to Newcastle Council, which aims to prevent them from nesting.

The Vermont Hotel has taken over the building that was previously named the Chase Bar and is adjacent to the north abutment of the Tyne Bridge (this is the large tower that supports the bridge on the Newcastle side of the river, which is used as a nesting site by Kittiwakes). The Vermont have converted the Chase Bar into hotel apartments.

This development was carried out knowing that there was a large colony of Kittiwakes nesting next to the Chase Bar, and now they want to get rid of the Kittiwakes because they make a noise.

You can find out more about the Tyne Kittiwakes and why they are remarkable in this BirdGuides article from March 2014. In parts of the UK the Kittiwake population is in dramatic decline and they have recently been Red-listed, rendering them a top conservation priority.

Preventing Kittiwakes from nesting on a building does not solve the problem; they will move onto another building nearby and thus create a problem for someone else. In fact the reason that so many pairs nest on the Tyne Bridge is because they were forced to move from other buildings without any thought as to where they might relocate to.

A Tyne Kittiwake Partnership was formed in 2012 to bring together wildlife groups, researchers and local authorities to work together to try and create a new artificial nesting site where the birds could thrive without threats from business interests. This is a difficult project that will take time, money and political will to achieve.

The Partnership has advised representatives of the Vermont Hotel that any attempts to displace the birds from the bridge will create problems for other businesses and residents. Over 100 pairs of Kittiwakes moving to other buildings will make the situation worse for people and the birds. Not only have the Vermont Hotel chosen to ignore this advice but they have taken matters into their own hands by putting spikes on the tower without permission to do so, even though it is a Listed building belonging to Newcastle Council.

At the moment the Kittiwakes are out in the open ocean battling winter storms to survive, but in March they will return to the Tyne Bridge to raise their chicks, as they have done every spring for the past fifty years. 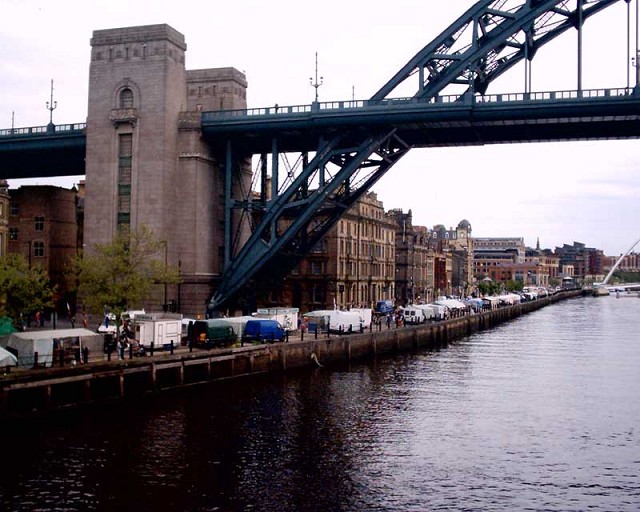 What is being proposed?

How can you help?

The bridge abutment is owned by Newcastle Council (i.e. the people of Newcastle). If you object to the proposal to prevent the Kittiwakes from nesting then please let Newcastle Council know by 16 December 2015. You can do this by emailing Jessica.Annan@newcastle.gov.uk or you can register and make an objection online by clicking here. You must register first with your name, address and email, and will then receive an email containing a confirmation link that must be clicked. Once this is done you can log in and leave your objection as well as view the objections of others.