A satellite-tagged Bonelli's Eagle, which achieved fame across Europe for its wanderings as far as Denmark and Mauritania, has been found dead in its native southern France.

Tagged at a nest in Aude, southern France, in 2019, the young female eagle subsequently covered huge distances in its formative years, with a northward trip to Denmark in 2020 raising eyebrows, followed by further excursions to the north-western extremity of mainland France, Switzerland and as far south as Morocco and northern Mauritania.

The bird's GPS tag had stopped transmitting in late autumn 2021, with the last broadcast position placing it in the south of Aveyron department on 30 November. 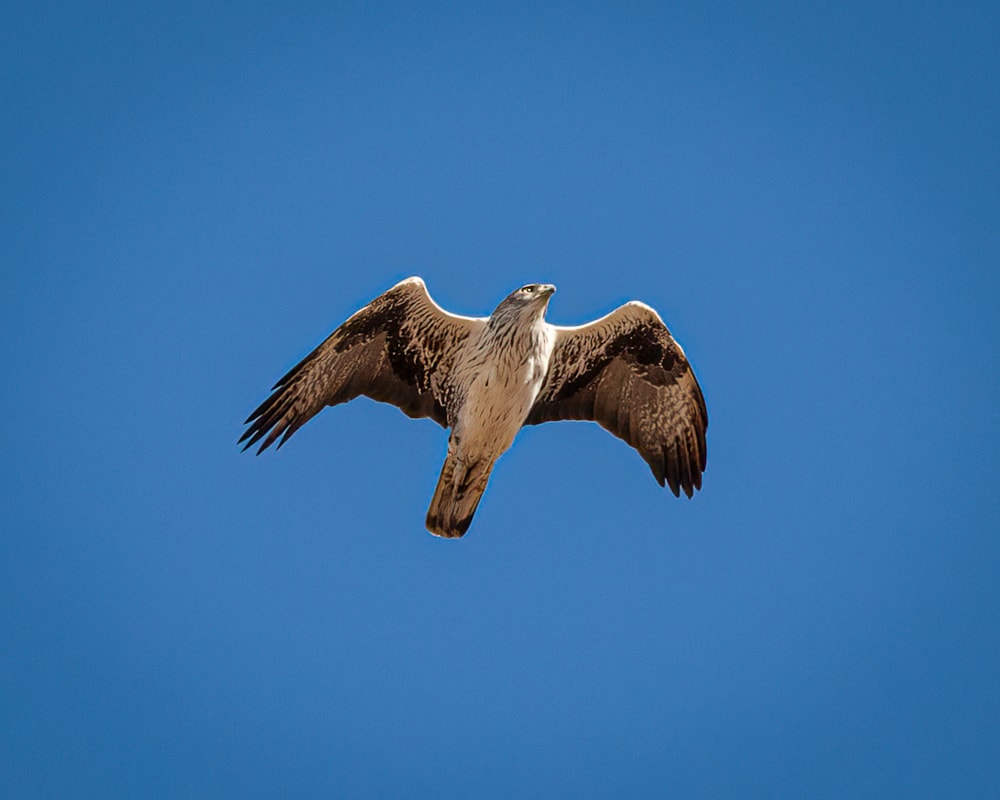 The Bonelli's Eagle was one of numerous satellite-tagged French youngsters that were being monitored (Al Henderson).

Then, on 22 February 2022, the GPS tracker came alive and gave a position at Corbère-les-Cabanes, west of Perpignan, although the temperature data seemed odd.

On 28 February, an official visited the scene and found the corpse of the bird at the foot of a medium-tension pylon. Data on the accelerometer suggested that the death occurred in December. The eagle was recovered and its untimely death has been recorded as either electrocution or collision.

It will now be requested that the powerlines where the eagle died are equipped with deflectors to limit the risk of similar incidents occurring in the future.