RSPB Scotland volunteers have discovered an extremely rare orchid growing on an island off the west coast of Scotland, where it has never before been recorded. Irish Lady's-tresses (Spiranthes romanzoffiana), named for its resemblance to plaited hair, is thought to grow at very few sites in the UK and Ireland, meaning the discovery of around 160 plants on Oronsay is an extremely significant find. 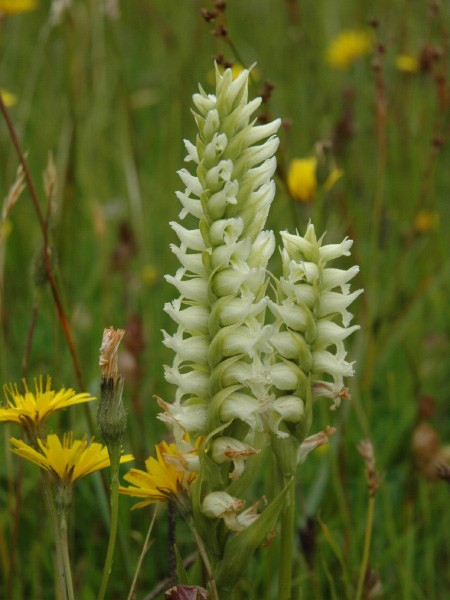 Due to its rarity, the reproductive habits of Irish Lady's-tresses aren't well known but, in this case, they have probably been lying dormant underground for many years simply waiting for the right conditions in which to flower. Volunteer Gill Watts, who found the orchids with her husband Richard, said: "We were actually surveying for Marsh Fritillaries when we spotted all these white flowering spikes coming out of the ground. We thought at first they might be a more common orchid, but after checking with the RSPB reserve manager, we managed to positively identify them. They're amazingly beautiful flowers, with a musky vanilla fragrance. We didn't quite believe what we'd found at first, because we know they're so rare. And to top it all, we learned that it had been our privilege to make the first ever record of this plant for Oronsay!"

Oronsay, a tidal island just off Colonsay, is an RSPB Scotland nature reserve that is actively farmed to create homes for nature, particularly Choughs and Corncrakes. Its seal colony was featured on the BBC programme Hebrides: Life on the Edge. The management of the particular field where the orchids were discovered was altered a number of years ago to provide good conditions for Devil's-bit Scabious. This is the food plant of the Marsh Fritillary's caterpillars — another species that has suffered steep declines in the UK. The butterflies have now been breeding on Oronsay for several years and their range has expanded across the island. Meanwhile, the good conditions for Devil's-bit Scabious have also proved just right for Irish Lady's-tresses. 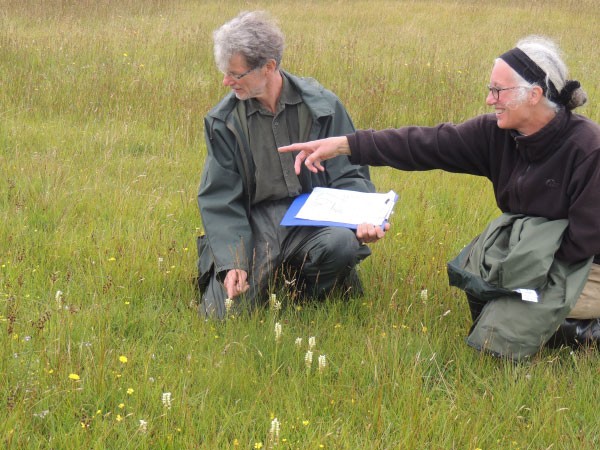 Volunteers Gill and Richard Watts with the orchids on Oronsay (Photo: Isobel Baker/RSPB).

Deborah Long from Plantlife said: "2013 has been an exceptional year for orchids. And what is more exceptional than a new site for this very rare orchid? Plantlife have been working on this species for over 10 years and, with new research indicating the extreme fragility of its populations in Scotland, to find a new population on an RSPB reserve inspires hope for the future of the species. Given appropriate management, it just shows that Irish Lady's-tresses can come back to their homeland."