The Scottish government has announced an independent group of interested parties to review the legality and sustainability of grouse moors.

The group has been tentatively welcomed by RSPB Scotland, the Scottish Raptor Study Group (SRSG) and Raptor Persecution Scotland, and will involve scientists and moorland managers, as well as representatives of Scottish Natural Heritage (SNH), the Scottish Wildlife Trust, the Scottish Environmental Protection Agency and the Game and Wildlife Conservation Trust. Led by Professor Alan Werrity, the panel will involve such notable people as Professor Ian Newton, Professor Alison Hester and two leading moorland managers, while Professor Des Thompson and Dr Calum MacDonald are among four specialist advisors to be consulted. Professor Werrity previously chaired a SNH review into sustainable moorland management. 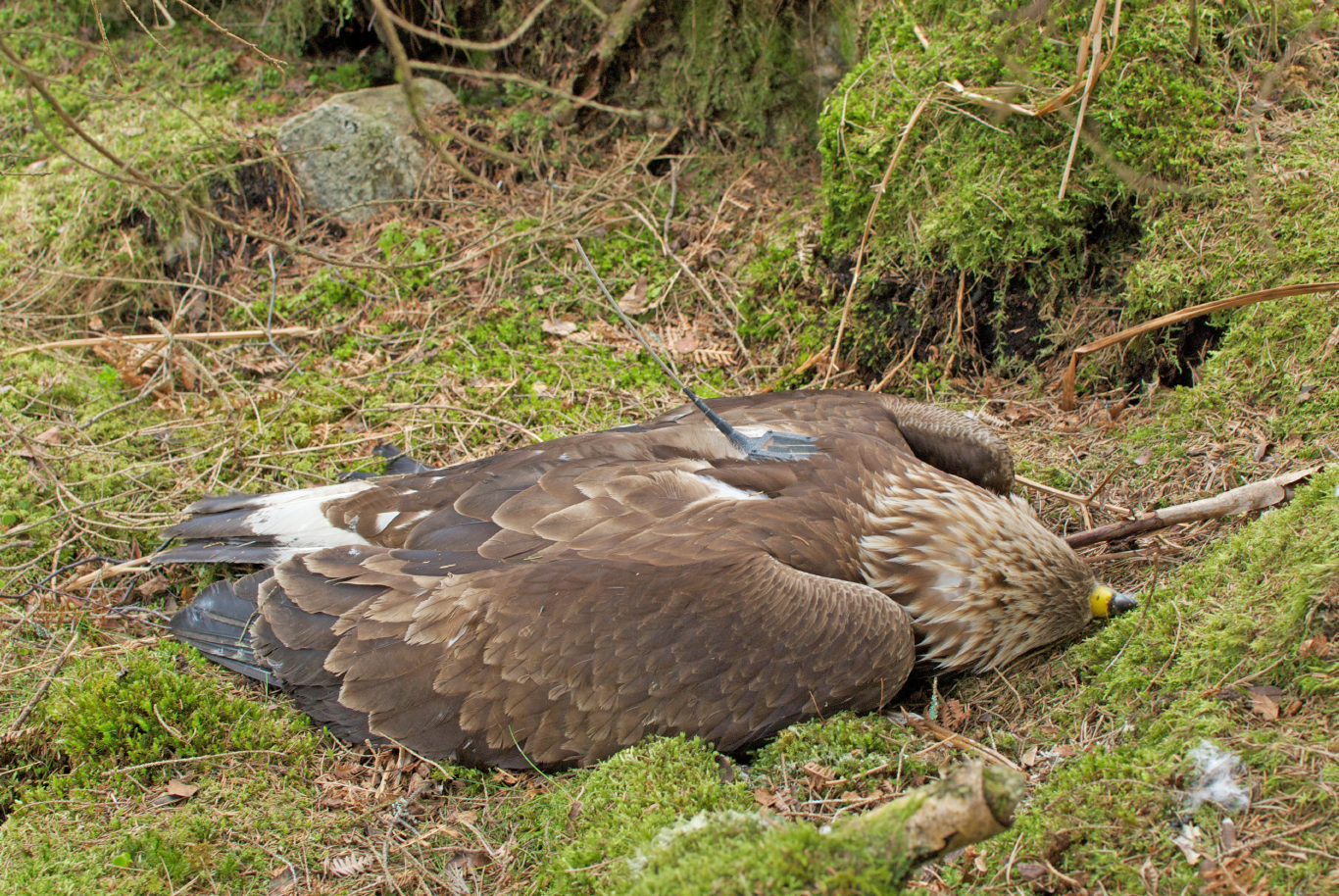 One of the main reasons for setting up the panel was the recent revelation that one third of satellite-tagged Golden Eagles had been found dead or disappeared in suspicious circumstances, mostly on or near moorland managed for driven grouse shooting. Add to this public pressure over the regular killing of several other raptor species including Hen Harrier and the environmentally destructive practices of some estates, and a review is imperative. The panel will particularly consider the use of medicated grit on Red Grouse, the culling of Mountain Hares and the burning of heather (‘muirburn’) on the moors.

RSPB Scotland welcomed the announcement, with Duncan Orr-Ewing, the charity’s Head of Species and Land Management, saying: “We look forward to giving evidence to the panel in due course. The remit of the panel includes consideration as to how grouse moors can be managed sustainably and within the law. There are significant public concerns about how grouse moors are currently being managed in Scotland, including clear evidence gathered over decades of the illegal killing of birds of prey.

“In recent years these concerns have broadened to encompass wider grouse moor management practices, as commercialisation has taken place, with an emphasis on producing very large and unsustainable grouse numbers for sport shooting. These practices include muirburn on peatland habitats, which are important as carbon stores for combating climate change, the culling of Mountain Hares and the medication of ‘wild’ Red Grouse, both designed to prevent grouse diseases and artificially boost grouse bags.

“We support the introduction of an effective licensing system for driven grouse shooting, with sanctions including the removal of such licences where illegal practices are confirmed. A licensing system could be supported by a statutory Code of Practice setting out clear management standards to protect public interests and prevent bad management practices. These kind of licensing systems are common place in other European countries and equally support legitimate and well-run shooting enterprises.” 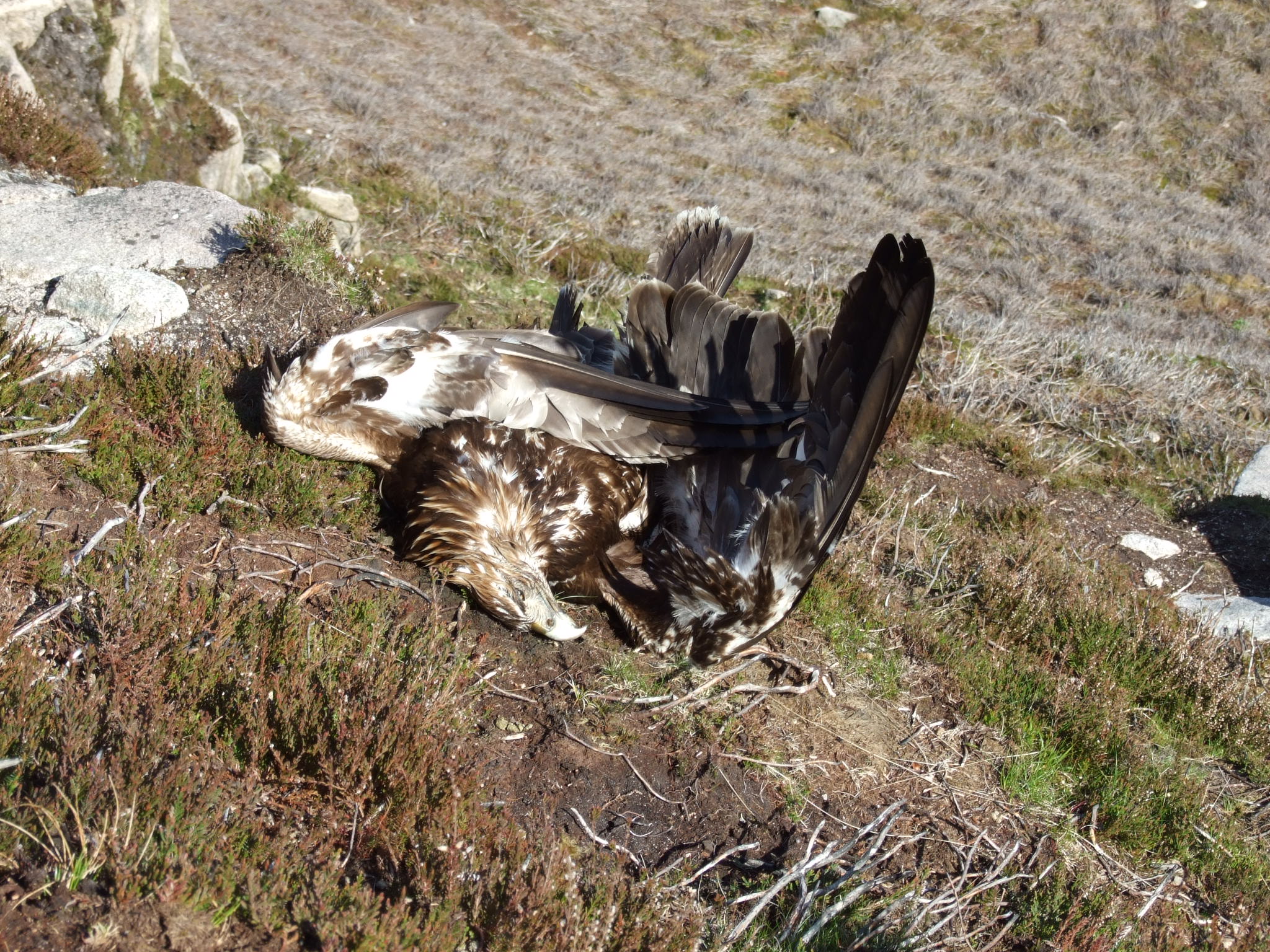 One of three Golden Eagle corpses found poisoned on a Sutherland grouse moor in the space of five days in May 2010 (RSPB Scotland).

SRSG also welcomed the grouse moor enquiry panel. The organisation’s secretary Patrick Stirling Aird commented: “We are delighted that the membership of the panel has been announced and look forward to providing evidence when called upon to do so. The public have increasing concerns around the way in which grouse moors are being operated, with a substantial body of science proving beyond all doubt the widespread and illegal persecution of birds of prey on many such moors.

“We support the introduction of licensing for driven grouse shooting with enforceable sanctions where illegal practices are confirmed. Such a licensing scheme could incorporate a statutory code of practice which helps to protect the public interest and to prevent bad management practices. This concept is widespread in Europe and elsewhere and works well with legitimate shooting interests.”

Professor Werrity added: “This is truly challenging work given the traditions underlying moorland management and the concerns coming to light over some mal-practices. My earlier work chairing the SNH Moorland review also sought to reconcile nature conservation interests with promoting the rural economy. I will be taking an evidence-based approach, and for this we have the right mixture of experience, expertise and knowledge on the group to get to grips with the subject. I look forward to getting started on this review.”

In the meantime, a new petition calling on the UK government to ban driven grouse shooting is taking off; you can sign it here.