Exhausted Polar Bear washed up on Isle of Mull

RSPB Mull Officer, Dave Sexton, got the shock of his life while out on a routine wildlife survey early yesterday [Wednesday 31st March 2010].

“We rounded a headland on the west coast of the island and saw a large, white shape lying by some rocks in the distance. As we got closer, I was staggered to see that it was a Polar Bear. At first I felt sure it was dead, but then I realised it was still breathing. Scarily, it opened its eyes as we got next to it, but didn't show any other signs of moving. We grabbed a few photos and went off to get help.” 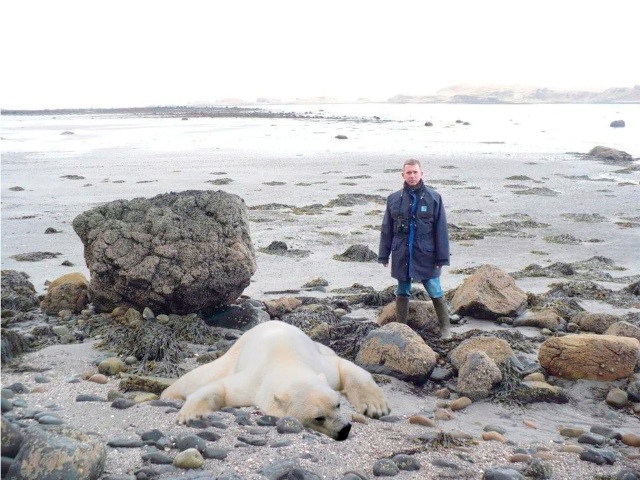 On his return an hour later, Dave was amazed to find that the bear had disappeared. “We couldn't find any trace of it. Luckily we have the photos, or I doubt that anyone would believe us. Having spent many years protecting threatened wildlife, I just hope this Polar Bear is going to be ok.”

Islanders are now searching for the missing bear, which is thought to have drifted across to the island on an ice floe. The nearest polar bear populations are found on Greenland and on the Svalbard archipelago, midway between Norway and the North Pole. In recent years other visitors to Mull from the high Arctic have included a Bearded Seal and two Northern Bottle-nosed Whales. 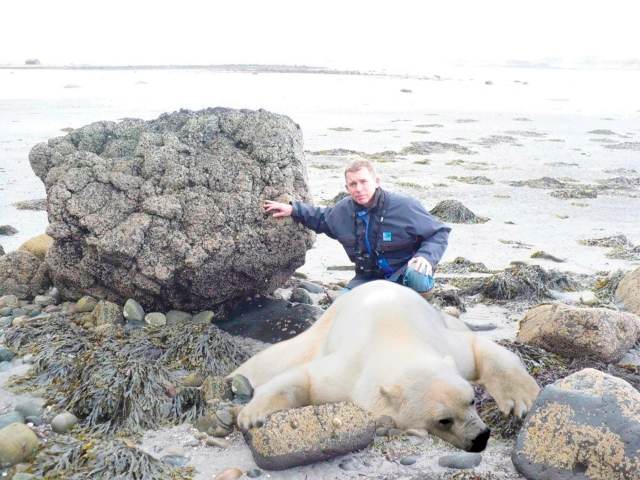 Scientists believe the colder winter and lower than average sea temperatures this year may have allowed the ice floe to remain frozen for longer, thereby assisting the Polar Bear's passage.

This is believed to be the first time a live wild Polar Bear has been observed in UK territorial waters since before the last Ice Age. However, bear bones found in the famous prehistoric caves at Inchnadamph in Sutherland are believed to be from a Polar Bear.

The coastguard, police and Arctic marine mammal experts are now searching for the animal. The public have been warned not to approach the bear if they see it, as it may be hungry after its long journey.