Waterbirds in south Florida are in for a 'phenomenal' year after a record-breaking rainy season increased the amount of fish in historical breeding grounds, while a dry winter has created the perfect conditions for nesting.

As the water dries up in the northern marshes of water conservation areas and western prairies, large colonies of Great and Snowy Egrets and Wood Storks that have already started nesting have been spotted during surveillance flights by the South Florida Water Management District. 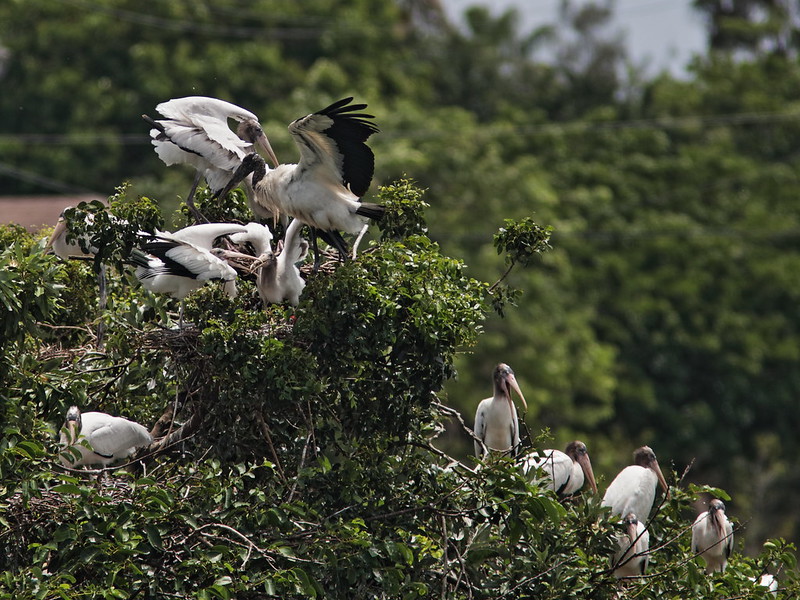 In February, the birds were still using the south-western part of the Everglades near Florida Bay because the north was still wet from drenching rains that filled up water conservation areas to the brim. But now, as water recedes in the western and northern edges of the Everglades, these indicators of overall Everglades health are moving back to those areas.

As a nutrient-poor environment, the Everglades needs to get its delicate water balance right to sustain wading birds: a plentiful rainy season to produce abundant fish and then a steep drop in water levels at the start of the dry season, which is when nesting kicks off. By then, the fish move into drier, more concentrated pools and birds can successfully nest and feed their young.