Remains of Europe's largest-ever terrestrial dinosaur have been discovered on the Isle of Wight, scientists say.

Palaeontologists at the University of Southampton identified the remains of the predator, which measured more than 10 m long and lived about 125 million years ago. The prehistoric bones belonged to a two-legged, crocodile-faced, predatory spinosaurid dinosaur. 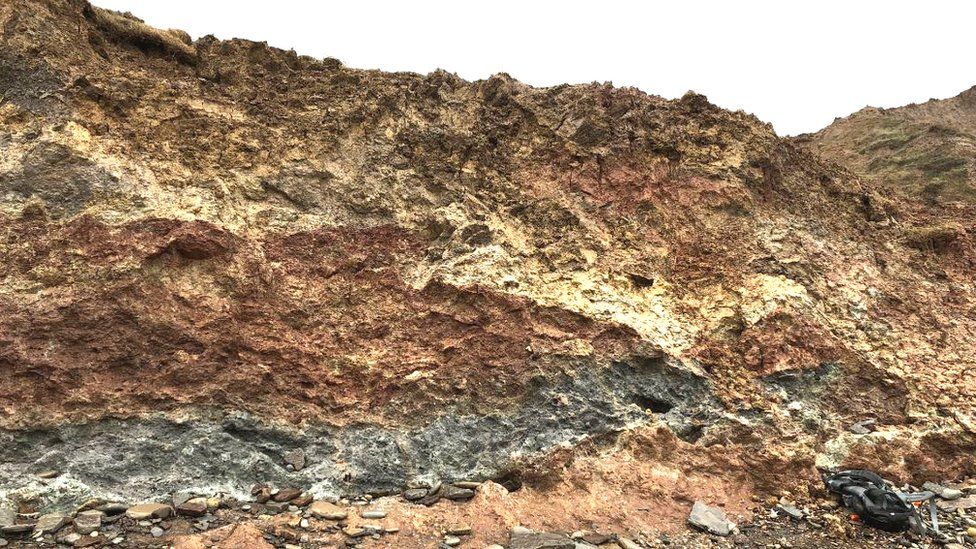 The dinosaur has been dubbed the 'white rock spinosaurid', after the geological layer in which the remains were found (Jeremy Lockwood).

PhD student Chris Barker, who led the research, said it was a "huge animal". The remains, which include pelvic and tail vertebrae, were discovered on the south-west coast of the Isle of Wight. The predator has been dubbed the "white rock spinosaurid", after the geological layer in which the remains were found.

"This was a huge animal, exceeding 10 m in length and probably several tonnes in weight," Mr Barker said. "Judging from some of the dimensions, it appears to represent one of the largest predatory dinosaurs ever found in Europe; maybe even the biggest yet known."

It would have lived at the beginning of a period of rising sea levels and would have stalked lagoonal waters and sandflats in search of food. Co-author of the research, Darren Naish, said: "Because it's only known from fragments at the moment, we haven't given it a formal scientific name. We hope that additional remains will turn up in time."