Eurasian Spoonbill nests in Suffolk for first time in 300 years

The RSPB has announced that two pairs of Eurasian Spoonbill have successfully bred at its Havergate Island reserve in Suffolk this summer, fledging a total of four chicks.

The news is the latest in a run of success stories concerning waterbirds this summer, after it was revealed that spoonbills enjoyed a record nesting season at Holkham NNR, Norfolk, while the expansion of both Great and Western Cattle Egrets continues unabated across southern England (see here, here and here). 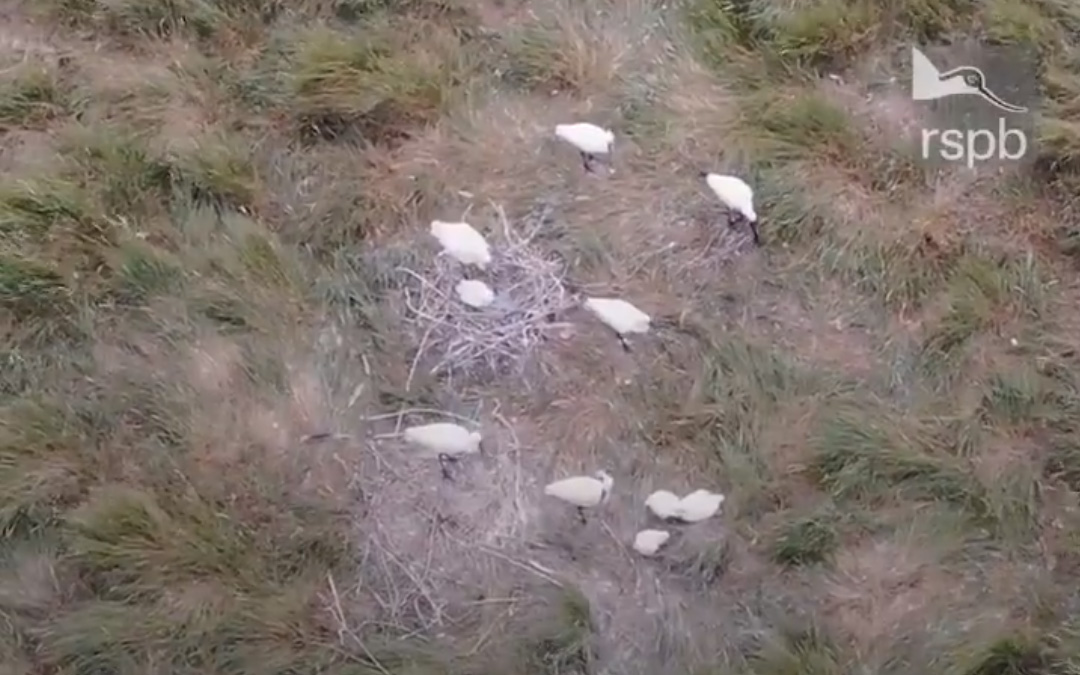 Havergate Island, a few kilometres to the south of the town of Aldeburgh, is situated at the confluence of the River Alde and Butley River and has regularly attracted sizeable groups of Eurasian Spoonbill in recent years.

After the RSPB installed raised platforms, which mimic spoonbills' natural nest sites, the species began to show breeding behaviour on the reserve. In 2019, five pairs built nests, although none was successful.

With 2019's failure in mind, the Havergate wardening team dug a 350-m ditch surrounding the nesting platforms and installed a protective fence. This year, more than 30 spoonbills visited the island and delighted the team when they settled down to breed once more.

And, happily, two pairs managed to raise four young between them, with these having now successfully fledged.