A Eurasian Sparrowhawk was rescued from an Aberdeenshire living room after it was found perched atop a Christmas tree.

Police were called out to a deal with an unusual festive visitor after it flew into a house in Ellon on Tuesday afternoon. The police called for backup from the local North East Wildlife and Animal Rescue Centre (New Arc). 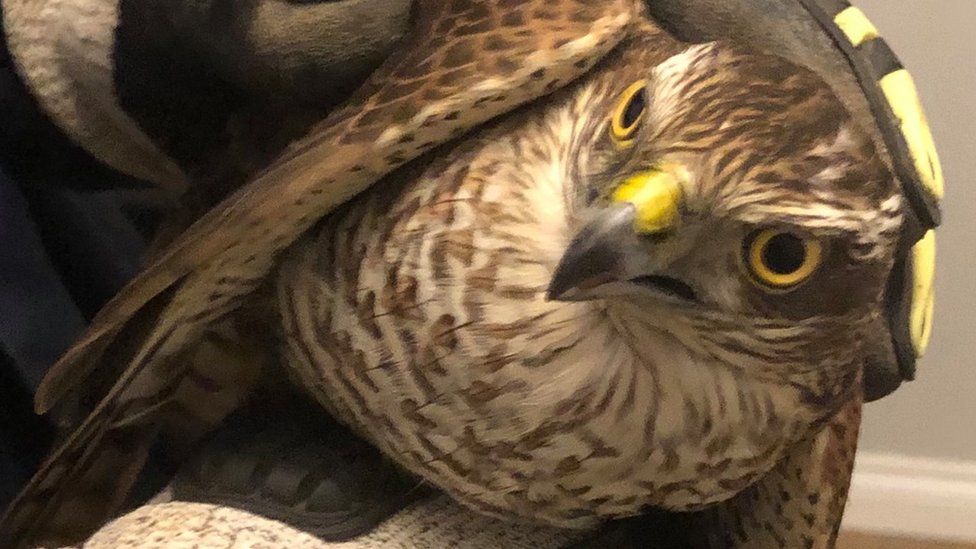 The Eurasian Sparrowhawk was successfully released back into the wild after a brief masquerade as a Christmas tree decoration (Police Scotland).

The Eurasian Sparrowhawk was released back into the wild, none the worse for being an "unusual" Christmas tree decoration. Police Scotland said it was "definitely a change from a partridge in a pear tree". The force said on social media: "This lovely lady allowed herself in to a house in Ellon through an open door and had to be rescued from the top of the Christmas tree. Huge thanks to New Arc for assistance in catching and releasing this sparrowhawk."

The tree's owner Louise Anderson later explained how the bird managed to get into her house: "I had let the dogs out and it flew through the back door. It just sat there on the Christmas tree, it was very calm, but I was concerned for its safety so phoned for help. It was there for about 40 minutes; it was a spectacular bird."