An escaped Painted Bunting, bearing a blue ring, has been tracked from East Yorkshire to Shetland via Aberdeenshire over the past fortnight.

First seen in a garden at Flamborough on 22 April, the same bird was then relocated in a garden in Aberdeen two days later on 24th. Since then it has been missing in action, although it seems its 'migration' is not yet finished – on Wednesday [6 May], it was photographed in a garden at Uyeasound, at the south end of Unst.

The inscripted blue ring appears to suggest that the bird originates from Belgium, although how it ended up at Flamborough remains a mystery. Two options are that it was brought over to Britain from Belgium by an aviculturist and then lost, or that it escaped in Belgium and commenced the northward movement documented in recent weeks from there. 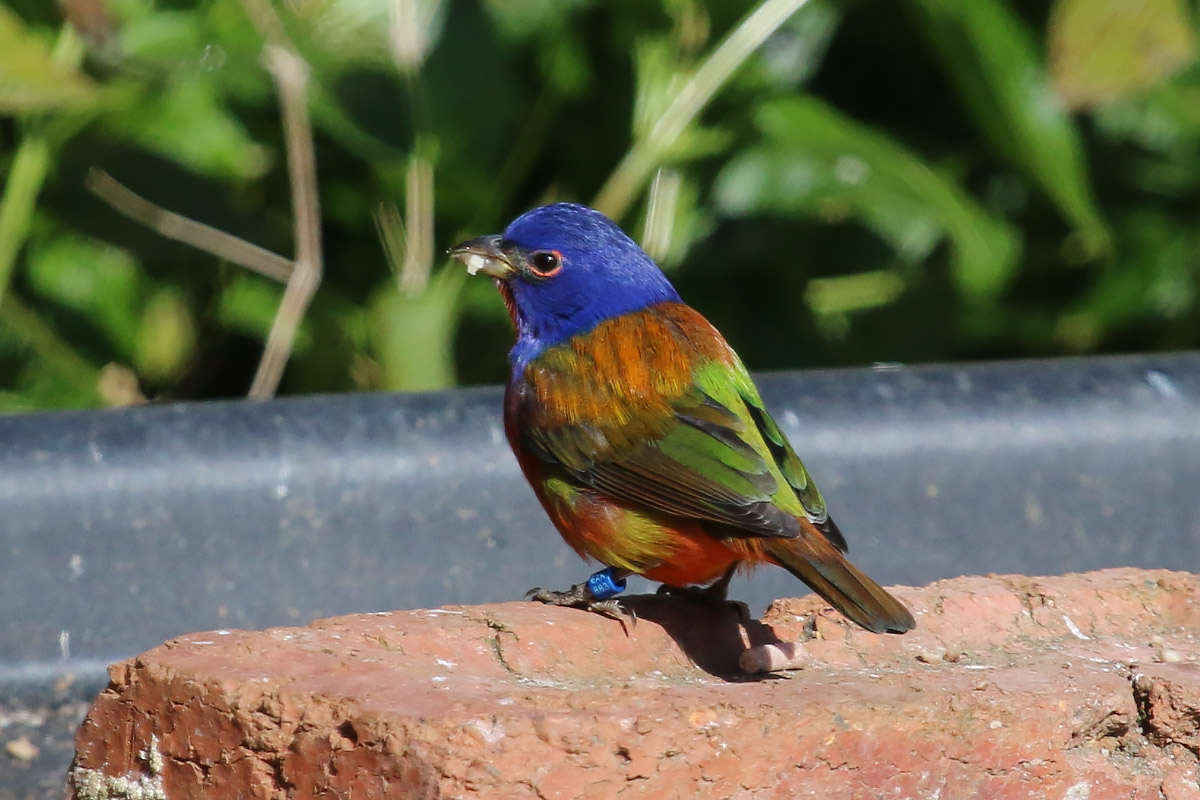 The bird is distinctive not only due to its ring, but also its aberrant plumage. Instead of the typical lime-green mantle seen in wild Painted Buntings, the blue-ringed bird displays bright chestnut feathers in this area. Furthermore, its rump is lime green, as opposed to the bright red seen in typical birds.

Curiously, on the same day that the the blue-ringed bird was first reported [22 April], another male Painted Bunting – this time wearing a red ring – was seen and photographed in a garden at Toab, Mainland Orkney. That bird was more typical in appearance and stayed for 10 days, gradually becoming moribund and eventually being found dead there one morning. The ring on this bird read 3.0, 069 (or 690), ES/18. 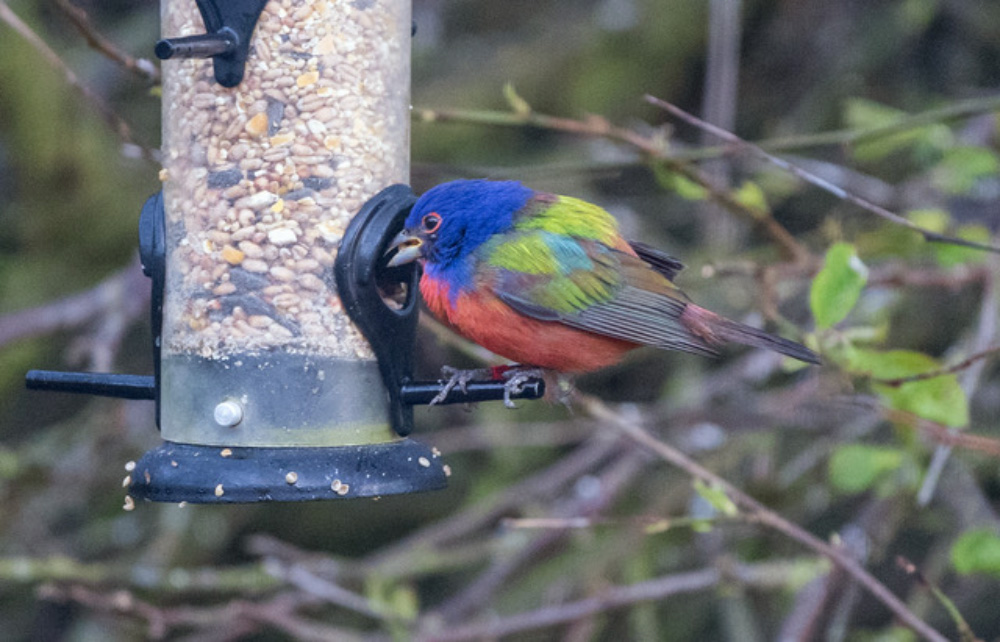 Both are good examples that, despite clampdowns in the caged bird trade, escapees are still very much an issue – and, as the blue-ringed bird shows, find it hard to suppress an innate migratory urge at this time of year, in turn reminding us that not every 'rare' bird in the Northern Isles (or elsewhere) in May is necessarily a dead-cert for being wild. While not so much an issue with a ringed and oddly coloured passerine, had this been an unringed bird (say, a red House Finch), the debate over its origins would have proved a contentious and much-debated topic among birders.

However, even if either Painted Bunting had been unringed, it's unlikely that many birders would have seriously considered it as a possible wild vagrant. It is a short- to medium-distance migrant, breeding in the south-eastern USA and northernmost Mexico, wintering widely across Central America, parts of the Caribbean and southern Florida. Breeding as far north as North Carolina, it is an accidental further north on the Eastern Seaboard, although has been recorded on numerous occasions in Newfoundland.

Unfortunately, the species is a victim of its own beauty – its population has plummeted in recent decades, in part due to unsustainable trapping for the caged bird trade which, despite now being illegal in some places, reportedly continues apace in Central America. Additionally, habitat loss on breeding and wintering grounds, plus at migration stopover sites, has negatively impacted the species.