Hen Harrier has had its best breeding season in England in a decade, according to data published by Natural England.

A total of 31 breeding attempts were logged, 24 of which were successful, fledging 84 chicks. These are the highest numbers in modern times, and represent the latest in a series of annual increases following a low in 2016.

This is a further increase on 2020's results, which saw 60 chicks fledge from 19 nests. As recently as 2017, the entirely English population was deemed at a critically low level. 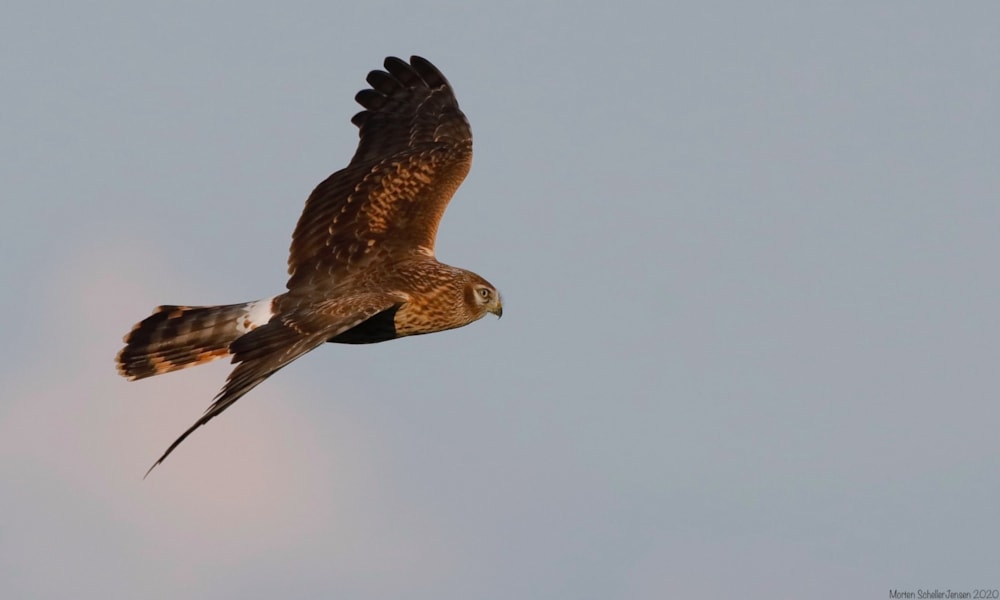 A total of 84 Hen Harriers fledged across England this summer (Morten Scheller Jensen).

In Bowland, Lancashire, where the RSPB works closely with landowners United Utilities, all nests were successful with a record of 31 young harriers fledged. And on the RSPB's nature reserve at Geltsdale four chicks fledged, the first since 2016. This was despite the disappearance of two male Hen Harriers in suspicious circumstances, which was the subject of a police investigation.

In a press release, the RSPB stated that it hoped this season's figures represent a positive turning point for both Hen Harrier and the future of the English uplands. Historical declines  have been driven by widespread persecution, often linked to intensive management of land for driven grouse shooting.

The Moorland Association, which represents grouse moor owners, recently re-stated its "zero tolerance towards raptor persecution and wildlife crime" and the newly formed Aim to Sustain Partnership of nine UK wide shooting organisations is looking to develop and promote sustainable shooting with a key aim to "conserve and improve the environment" and "comply with the law".