England's largest lake is on the verge of "catastrophe" unless urgent action is taken to improve its water quality, a conservationist has warned.

Algal blooms feed on nutrients from phosphate, and Mr Staniek says about 40% of the phosphate in Windermere, in the Lake District, comes from sewage from waste treatment sites owned by United Utilities. 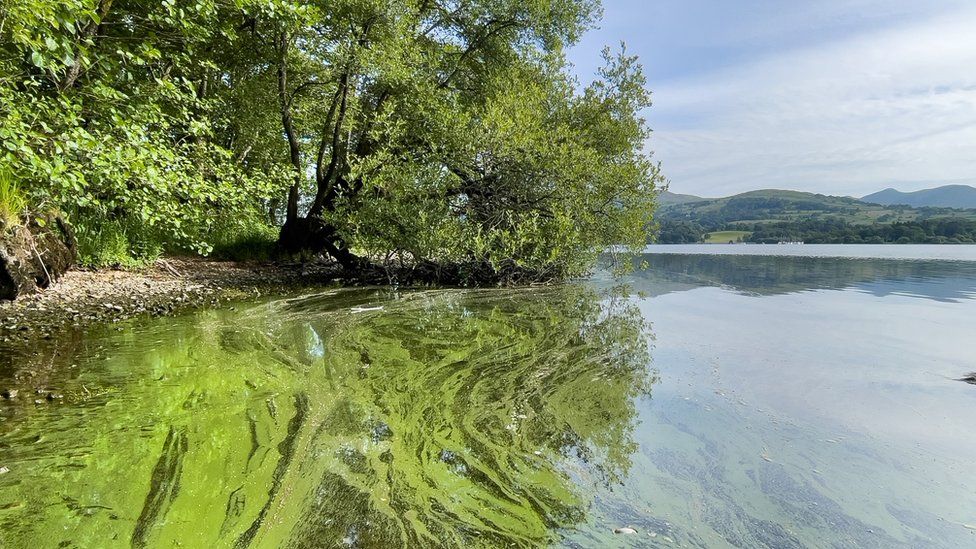 Blue-green algae blooms, which can be fatal to animals, are increasing on Windermere (Matt Staniek).

A further 30% is from septic tanks belonging to homeowners and holiday lets with agricultural sources, such as run-off from farming land and animals entering the water, responsible for another 30%.

A petition calling for the government to address Mr Staniek's concerns has attracted almost 50,000 signatures. "It's been happening for decades and we're approaching an environmental catastrophe, but not enough is being done," he said. "The government is not acting quickly enough.

"We could end up with thousands of dead fish on the shoreline, and if people start to get ill then they'll stop coming and millions of pounds of tourism income will be lost."

A number of potentially harmful blooms have been confirmed on Windermere in recent weeks, which in humans can cause rashes, eye irritation, vomiting, diarrhoea and fever and muscle and joint pain. The Environment Agency states on its website that blue-green algae occurs naturally and becomes more likely during warm, dry weather.

A spokesman said the organisation had been working with partners since the late 1990s to improve Windermere's water quality and that it had been "pressing United Utilities to make progressive improvements to its treatment works on the lake".

He added: "There are also general binding rules and permits in force which require owners of privately owned septic tanks and small sewage treatment plants to ensure they minimise the risk of pollution - monitoring data indicates levels of pollution are starting to drop."