Conservationists are today [Thursday 29th April] reintroducing one of the UK's rarest insect species to areas of newly created heathland. The Field Cricket Gryllus campestris is the most endangered cricket species in Britain. It has declined severely due to the disappearance of its heathland habitat and by the early 1990s it was on the brink of extinction in the UK with just a single colony of 100 individuals left. 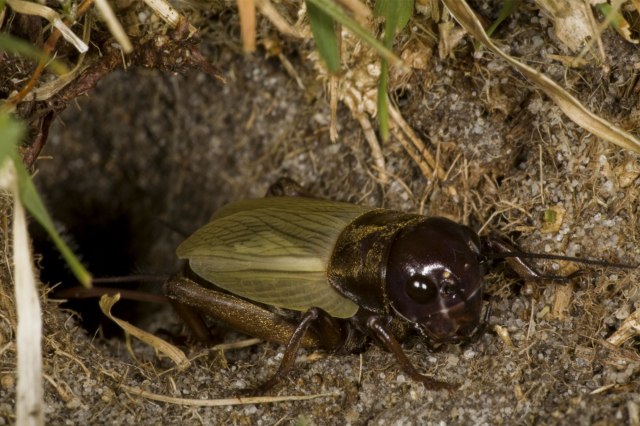 Heathland is one of the country's most threatened habitats, but it supports a huge range of wildlife species. After several years of work by the RSPB to recreate heathland from commercial conifer plantations, two of its reserves were chosen as viable sites for Field Cricket releases. As part of a project funded by Natural England and supported by the Natural History Museum and the Zoological Society of London, Field Crickets have been collected from two sites in West Sussex and are being released at the RSPB reserves of Farnham Heath in Surrey and Pulborough Brooks in West Sussex.

Unlike most other species of cricket and grasshopper, Field Crickets are flightless and are unable to migrate long distances between fragmented habitats. 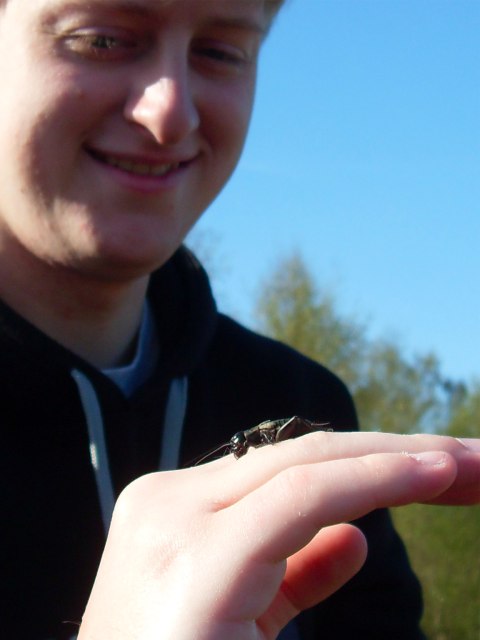 "We are very excited to be part of this fascinating project to help bring an extremely rare insect species back from the brink," said RSPB ecologist Dr Jane Sears. "It really proves the RSPB is about more than just birds. The Field Cricket is unique in many ways. Before it can feed it needs to warm up; so it can often be seen in the spring, sunbathing outside its burrow. It makes its own spoon-shaped sun lounger in short vegetation so it can soak up the rays and it will move around it to stay in the sun. We very nearly lost it in the UK because it needs short heathland and chalk grassland, with patches of bare ground. These habitats have been destroyed and fragmented over the years. It was down to a single colony at one point but now it is back up to five, and if these reintroductions are a success we can add two more and help return them to our countryside."

The earliest studies of the Field Cricket were carried out by renowned 18th-century naturalist Gilbert White, who wrote in his diary in 1761 of the insect 'abounding most in sand banks on the side of heaths, especially in Surrey and Sussex.'

The Field Cricket, which is not green like most crickets but brown or black with a striking yellow wing-base, can be rather aggressive towards its own kind. There are records of violent fights between individuals. After mating the males will attempt to stop their mates from wandering off to find another male, often restraining her in the burrow for several hours, and he may get severely chewed for his efforts. Once they have mated the female Field Cricket wanders around the grassland looking for areas of warm bare ground to lay her eggs.