RSPB Scotland has called for an emergency local moratorium restricting shooting on the Solway for the rest of the wildfowling season, following a devastating outbreak of avian influenza.

However, Scottish Government ministers have rejected calls for a temporary ban.

New statistics from the most recent counts show that the UK is this winter experiencing the worst such outbreak of this deadly disease on record, with migratory geese which over-winter on the Solway being hardest hit.

The latest population counts of the Svalbard Barnacle Goose that winter in the area show a drop in numbers from 43,703 in November 2021 to 27,133 in this month's counts. This represents a decline of 38% in the Svalbard breeding population of this species from winter 2020-21. 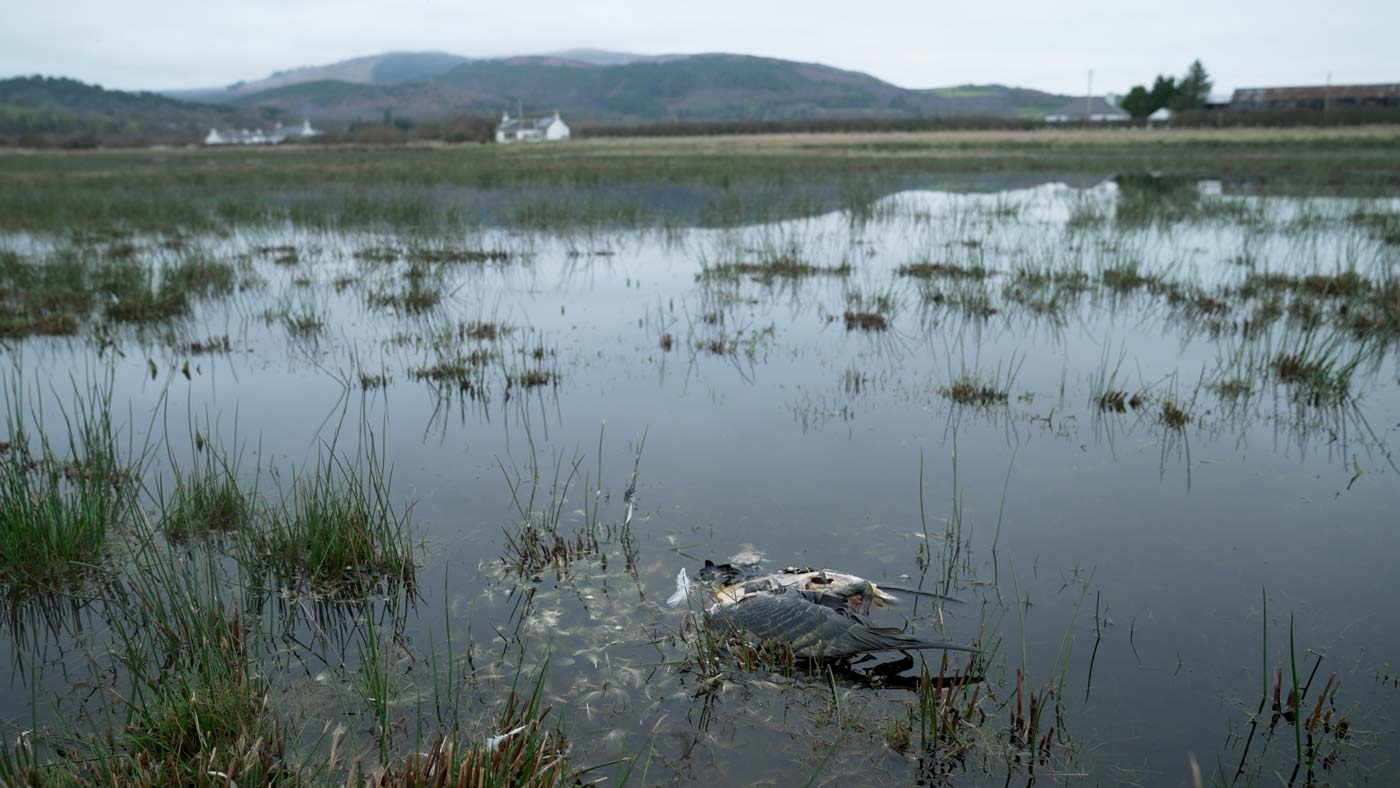 Thousands of Barnacle Geese have already perished around the Solway this winter (RSPB Scotland).

Barnacle Goose is a protected species and is not hunted, but the RSPB said that pressure from wildfowlers hunting other, legal quarry species causes disturbance to the geese, making flocks take to the air, using up energy and potentially increasing stress.

Paul Walton, Head of Habitats and Species at RSPB Scotland, said: "We are in the grip of an unprecedented outbreak and unfortunately the Solway seems to be the epicentre of this in the UK. Our birds are suffering and they need an urgent reprieve to help them get through this winter and ensure that as many as possible of those remaining survive to make their migration back home to Scandinavia to breed in the summer.

"The best way we can do this is by reducing the cumulative impacts of disturbance, including by wildfowling. We also ask that the public are considerate and help to reduce disturbance by dogs by keeping them under close control along the Solway coastal area. Our teams on the ground are seeing many birds that are sick or dying and under significant stress. Anything that can be done to limit activities which incur additional disturbance at this time should be implemented with urgency. This action could help these populations during this period of catastrophic decline caused by the outbreak."

The rejection of a temporary shooting ban has been welcomed by the British Association for Shooting and Conservation (BASC). BASC Scotland Director, Dr Colin Shedden, said he was "pleased" no ban had been imposed, and added that the RSPB's claims of disturbance had "not been substantiated with evidence".

The Wildlife and Countryside Act 1981 gives provision for a temporary cessation of hunting on wildfowl species in prolonged periods of freezing weather, a measure supported by both conservation and wildfowling organisations, and the RSPB requests that this extraordinary avian influenza outbreak be given the same consideration.

Svalbard's Barnacle Geese are a conservation success story. The world population declined down to a few hundred individuals after World War Two, through wartime disturbance in the breeding grounds and overhunting. The introduction of legal protection in the 1950s, following decades of RSPB advocacy, had a major positive effect, resulting in a population of around 40,000 individuals in recent years. The 38% decline over one year therefore represents a serious conservation impact for the species.