Mr Stimpson hadn't appreciated the sheer volume of boxes he'd made until he checked his records last summer. As well as celebrating a big birthday this month, he was able to reflect on the astonishing number of homes he has worked to provide for the declining Common Swift since he started making boxes to pass time in retirement. 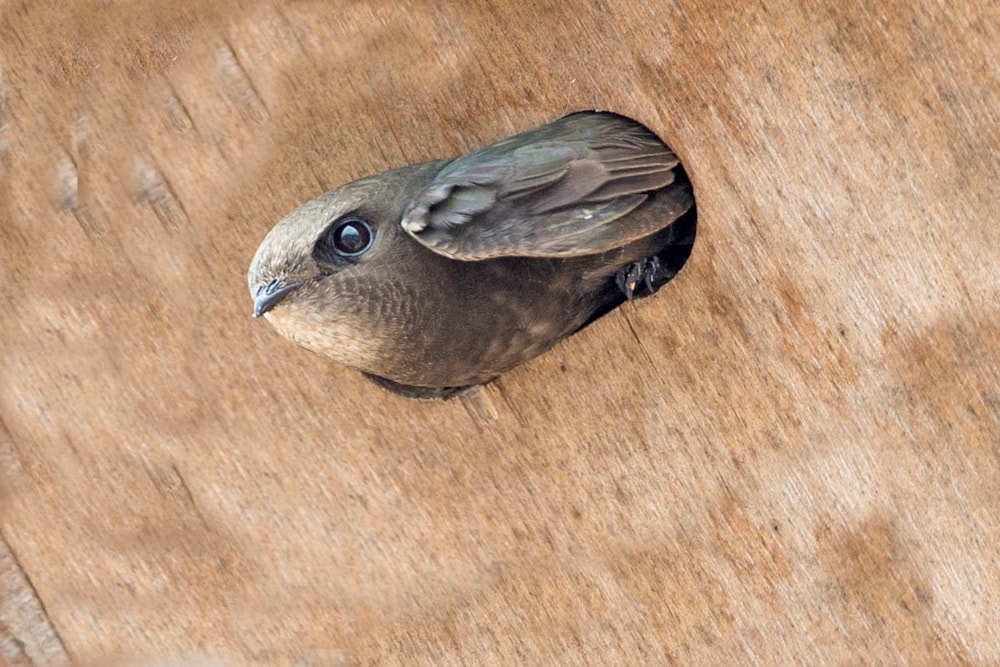 John Stimpson has built homes for up to 15,000 pairs of Common Swift (Simon Richardson).

He sometimes works 13-hour days to keep pace with the demand for the wooden boxes he first made 13 years ago. He sells them for £20, enough to cover his expenses, and has made hundreds of boxes for Barn Owls and tits too, as well as European Hedgehog houses.

"I don't get bored," said Mr Stimpson on producing the boxes. "It's amazing the number of life problems that have been solved in this garage."

He laments the loss of wildlife that he has witnessed over the years, including diminishing flocks of Common Swifts. The village of Wilburton has been home for Stimpson and his wife for 51 years. He worked as a Burall Bros salesman for 19 years, after a 20-year stint selling Weetabix.

"I get so much pleasure from wildlife. Building these boxes is one way I can pay it back," he says. His deep connection with the natural world began when his grandfather took him into the countryside.

A high proportion of Common Swift boxes in the UK were made in John Stimpson's shed. It is thought that half of the boxes provided for the species here are used as nest sites, so Mr Stimpson has likely provided homes for some 15,000 pairs of this species, recently added to the Red List of Birds of Conservation Concern.

Common Swift numbers have crashed by 57% over a 22-year period. There may be a number of factors driving the decline of this long-distance migrant, which winters in southern Africa. The renovation of buildings and the lack of suitable entry points in new constructions is thought to play a significant part. "We can have our houses airtight, but we can still make homes for them," says Mr Stimpson.

Dick Newell of Action for Swifts said "Common Swifts are one thing where an individual can make a significant difference." Mr Newell has 20 pairs nesting on his house in Landbeach, Cambridgeshire. "I like problem solving, and these biurds present so many problems that we can solve."

Commenting on the incredible achievement, he concluded "John Stimpson has provided space for nature on a scale that I don't know if anyone else has done. We have to hope that something will step into his shoes, although I don't think he has any plans for retirement."

Mr Stimpson believe that local action groups are more effective than government and wildlife NGOs when it comes to halting the biodiversity crisis, including the decline of Common Swift. He works with the Suffolk Bird Group and their Save our Suffolk Swifts (SOS Swifts), among others. "The number of swift groups that have started up in the last five to eight years in quite staggering. And they seem to go from strength to strength," he says.

Three new boxes in a day was good going when Stimpson started, but on a good day now he can churn out 30. "My word is my bond," he says.

With his boxes not only giving homes to Common Swifts in the UK but as far as Sweden and Italy, Mr Stimpson can safely say he's done his bit. "I'm quite proud of it at the end of the day. After failing my academic exams in the 50s, I feel I've made a mark."