A satellite-tagged Egyptian Vulture has clocked up an impressive 12,500 km on its travels since April.

The bird, nicknamed Diego, left Italy on 26 April and reached the Balkans, where it wandered around for two months. It then moved on to Hungary and Austria, chalking up a mighty 12,500 km as it toured some 12 countries. 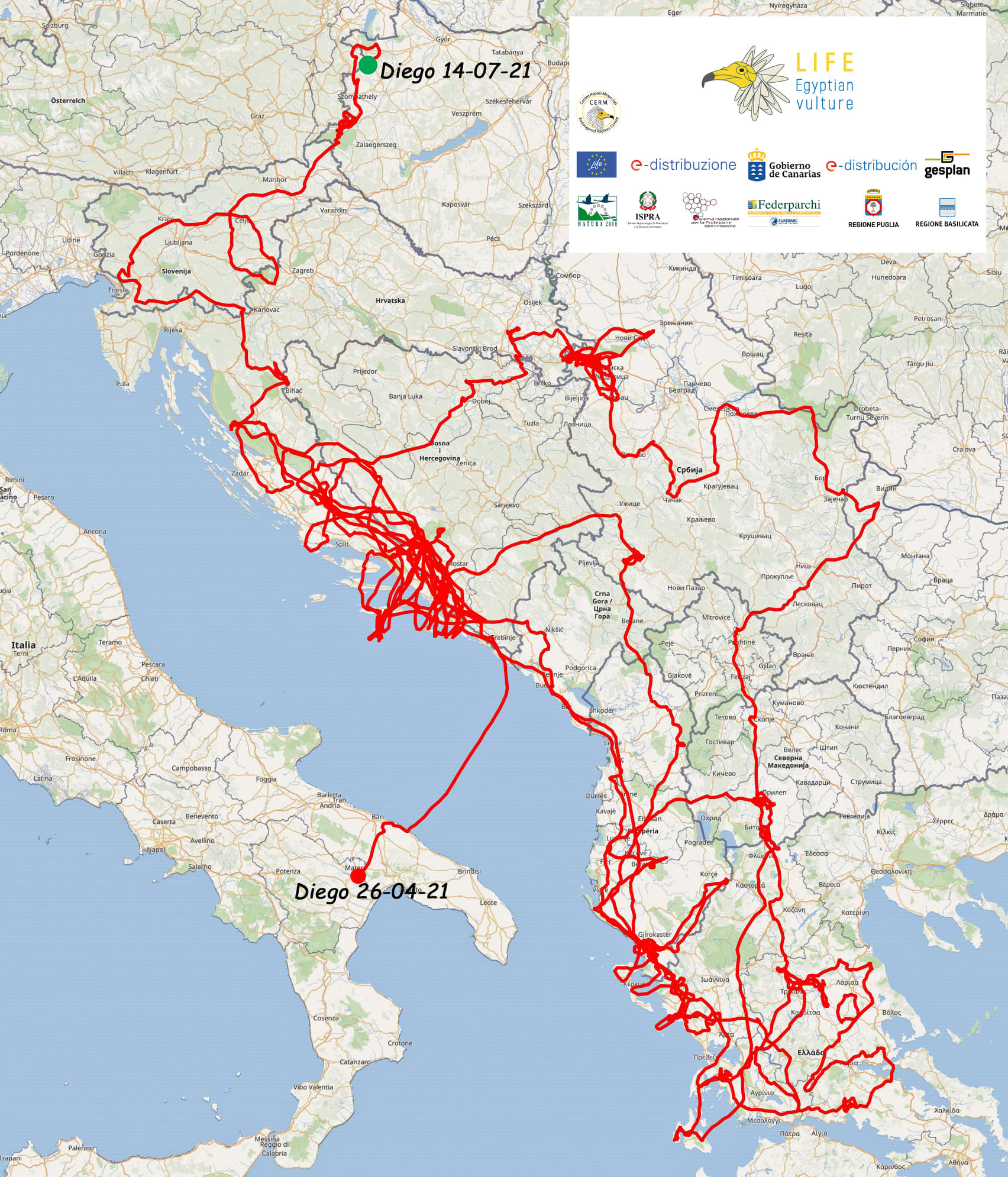 During its travels, ornithologists have tried to observe Diego in the field to verify its state of health. Last Sunday, ornithologist Szabolcs Gál photographed the bird in Vas province, Hungary, confirming that it was in good shape.

Diego hatched in Italy in 2018 and was released a year later via the delayed-release method at the Murgia Materana Park, as part of the LIFE Egyptian Vulture Project. Instead of migrating to Sub-Saharan Africa, Diego chose Sicily as his wintering grounds.