The bird, a first-calendar-year, favoured dense Pittosporum hedgerows in the Troy Town area of St Agnes from 12-17 October. It naturally proved elusive in the field, giving limited and often distant views to observers, and was reported as a likely Western Orphean Warbler for much of its stay. An account of the bird's discovery, written by co-finder Neil Wright, can be read here.

It was correctly identified thanks to photographs taken by Adrian Webb and Jim Almond, which not only revealed chevrons on the undertail coverts, which are a crucial identification feature for Eastern Orphean, but also a grey inner web extending along the inner web of the outermost tail feather, creating a Blyth's Pipit-like wide white 'wedge' on the shaft. This pattern is, according to Lars Svensson, diagnostic of Eastern. 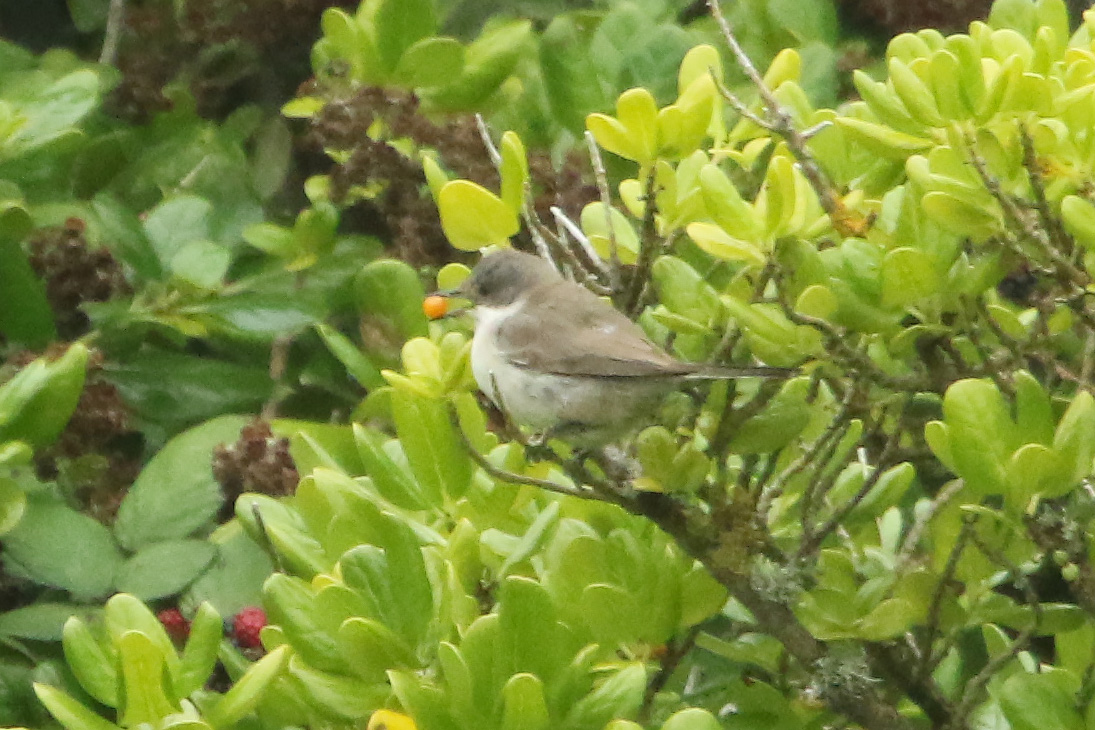