A consultation has been launched to reintroduce White-tailed Eagles to Norfolk in a move led by farmers.

Supported by other landowners in the region, a west Norfolk farm wants to release the species on to its coastal land, following the successful reintroduction of the birds in western Scotland and the Isle of Wight. While those reintroductions were led by conservation organisations, this release is proposed by the Ken Hill Estate, a farm which has reinstated Beavers in fenced areas and is farming crops in a 'regenerative' system to restore soils and wildlife. 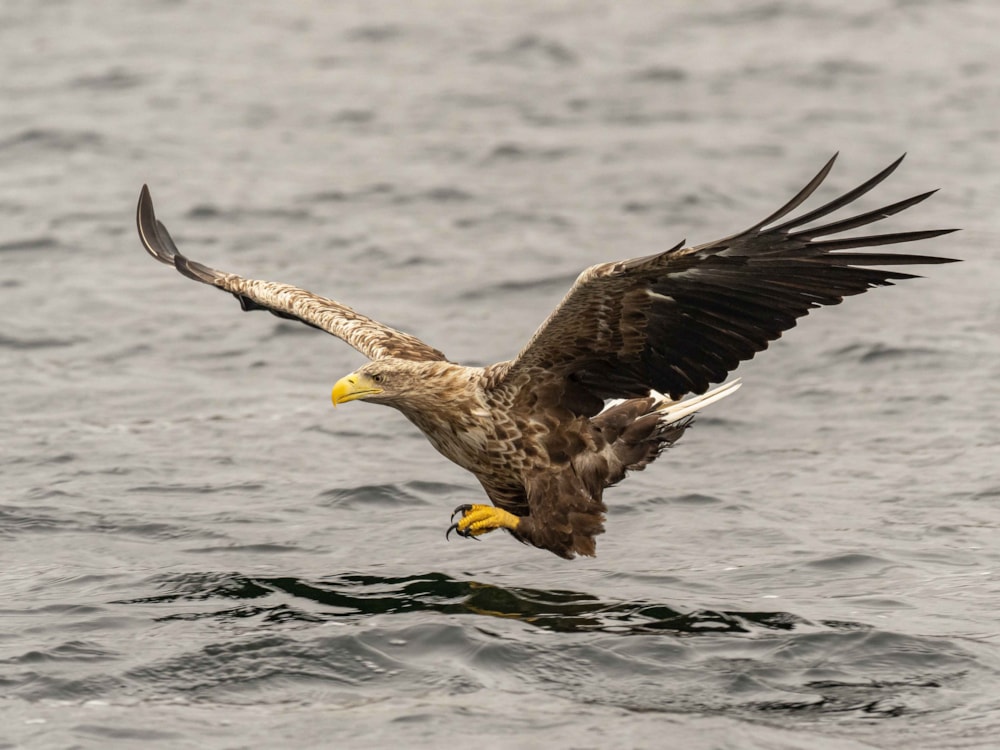 There are early plans to reintroduce up to 12 White-tailed Eagles a year for six years in west Norfolk (Peter Kemp).

A previous attempt to bring back the eagles to East Anglia 10 years ago was abandoned after strong opposition from outdoor pig farmers, who feared the presence of the birds would cause sows to abort. But this time more than 20 landowners, farmers and countryside organisations are backing the bid. One of Norfolk's leading pig farmers, who asked to remain anonymous, said: "We support Ken Hill's White-tailed Eagle project and hope it goes ahead."

Dominic Buscall, manager of the Ken Hill Estate, said: "We are bringing forward these proposals not only to reinstate this native bird to its former range, but also to inspire people with nature and drive wider nature recovery in East Anglia."

He added: "It is vitally important that we give local people and interests a meaningful opportunity to have their say on these proposals – that is why we are launching the public consultation and asking people to learn more about the project and take our survey."

In 2019, juvenile White-tailed Eagles were returned to the Isle of Wight. The five-year reintroduction scheme has been widely praised, with no adverse effects on farmers reported and eagles sighted roaming across southern England.

Ken Hill's reintroduction bid is supported by the Roy Dennis Wildlife Foundation, a conservation charity also overseeing the ongoing Isle of Wight reintroduction. Roy Dennis, 80, who has played a key role in the recovery of White-tailed Eagles and other endangered raptors in Britain, said: "This is the next logical step to restore this magnificent bird to England and complements efforts across Europe to help the species.

"The initial results from the Isle of Wight project, and evidence from across lowland Europe shows that this is a bird that can live successfully alongside people."

Mark Bridgeman, president of the Country Land and Business Association (CLA), said: "It is vital that the full range of potential impacts on local businesses and communities, as well as local ecology, is understood before any project progresses. We are in the process of studying the Ken Hill proposals and will be guided by the views of members in the area. Affected landowners must have an opportunity to engage at an early stage with any consultation and to ensure that good practice is followed."

Under the proposed plan, which is now subject to an online consultation, six to 12 juvenile birds would be released in Norfolk each year for five years, with the aim of producing a breeding population by the end of the decade, with birds likely to spread around The Wash into Lincolnshire and Cambridgeshire.