High cygnet numbers suggest that Bewick's Swan has enjoyed a bumper breeding season in Russia. In total, 24 cygnets and 10 family parties were recorded by the Wildfowl and Wetlands Trust (WWT) during an annual trip to the Russian Arctic, where the birds nest in remote tundra. This news is potentially a positive development for the Critically Endangered species, after just one cygnet was recorded during last year’s expedition, on the back of a dire breeding season.

This year, the team tagged 60 Bewick's Swans, 10 of which had been ringed before. The WWT makes the 3,218-km trip every year in order to ring the swans, many of which winter on British soil. These populations, west of the Taimyr Peninsula, migrate via the White Sea, Baltic Sea and the Elbe estuary to wintering grounds in Denmark and The Netherlands, as well as Britain. 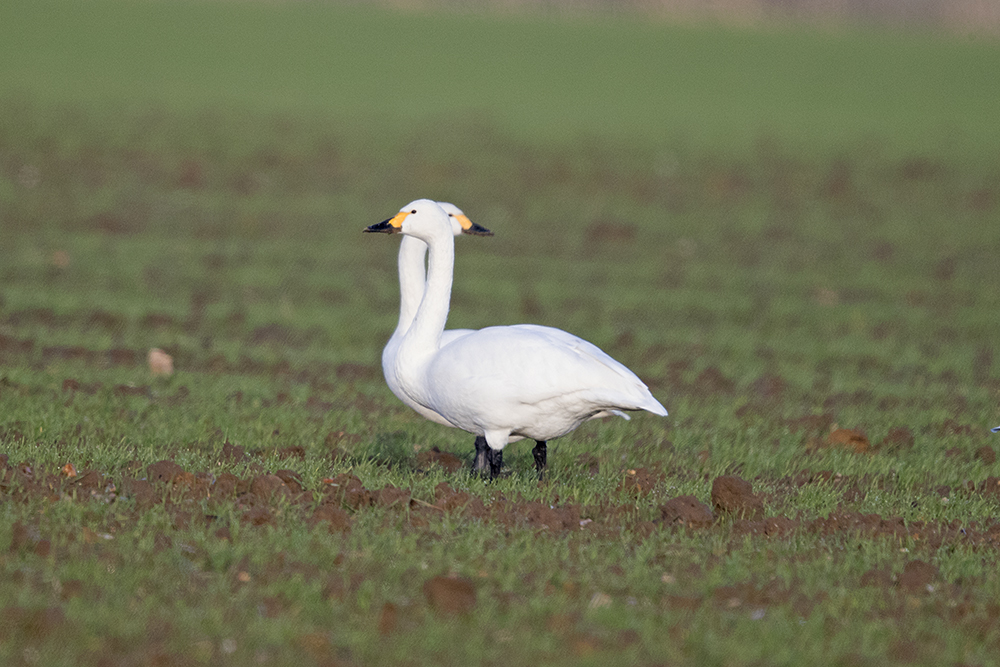 After a disappointing 2017, it's hoped Bewick's Swans have enjoyed a more successful breeding season this year (Andrew Moon).

WWT Conservation Scientist Kane Brides was delighted with the trip's findings, commenting: "This is a definite indication of a better breeding season than last year, when spring was late and the birds didn't have as much of a window to breed. Thankfully the weather was OK this year, allowing the swans to get on. In the next four weeks the Bewick's will begin leaving the Arctic to begin their epic journey through Europe. We hope this snapshot means there will be more cygnets in tow with their families."

The young swans observed this year were a good size, which offers encouraging suggestions that a bumper number will fledge and make it to their wintering grounds in the coming months. The WWT will carry out assessments of the British wintering population, collating details to establish precisely how successful the breeding season in Russia was. However, these early signs suggest there's reason for optimism, and certainly there has been an improvement on 2017's poor results.

This news comes after the WWT recently published a study that confirmed that changes to British farming practices weren't affecting wintering Bewick's Swans. The population has fallen by almost 40 per cent between 1995 and 2010 and consequently, with the recent breeding season results in mind, the importance of research throughout the species' migratory range is highlighted. Illegal hunting, poisoning, collisions with power lines and habitat loss are all possible causes of the decline.