The first Large Red Damselflies have appeared early in 2019, according to the British Dragonfly Society (BDS), raising questions about how other species will respond to this year' early season warmth.

Wildlife watchers Sharon and Trevor York were taking a walk at their local nature reserve, Bissoe Valley in Cornwall, on Monday 25 March when they noticed the distinctive shape of a damselfly flitting around. Trevor had his camera with him and took a photo so that he could have a closer look. It turned out to be a Large Red Damselfly, which is usually the first Odonata to emerge each spring and is not easily confused with other species. The only real confusion possibility is the rare Small Red Damselfly, but it is much smaller, has bright red legs and is only found in heathland bogs and streams in southern England and west Wales. 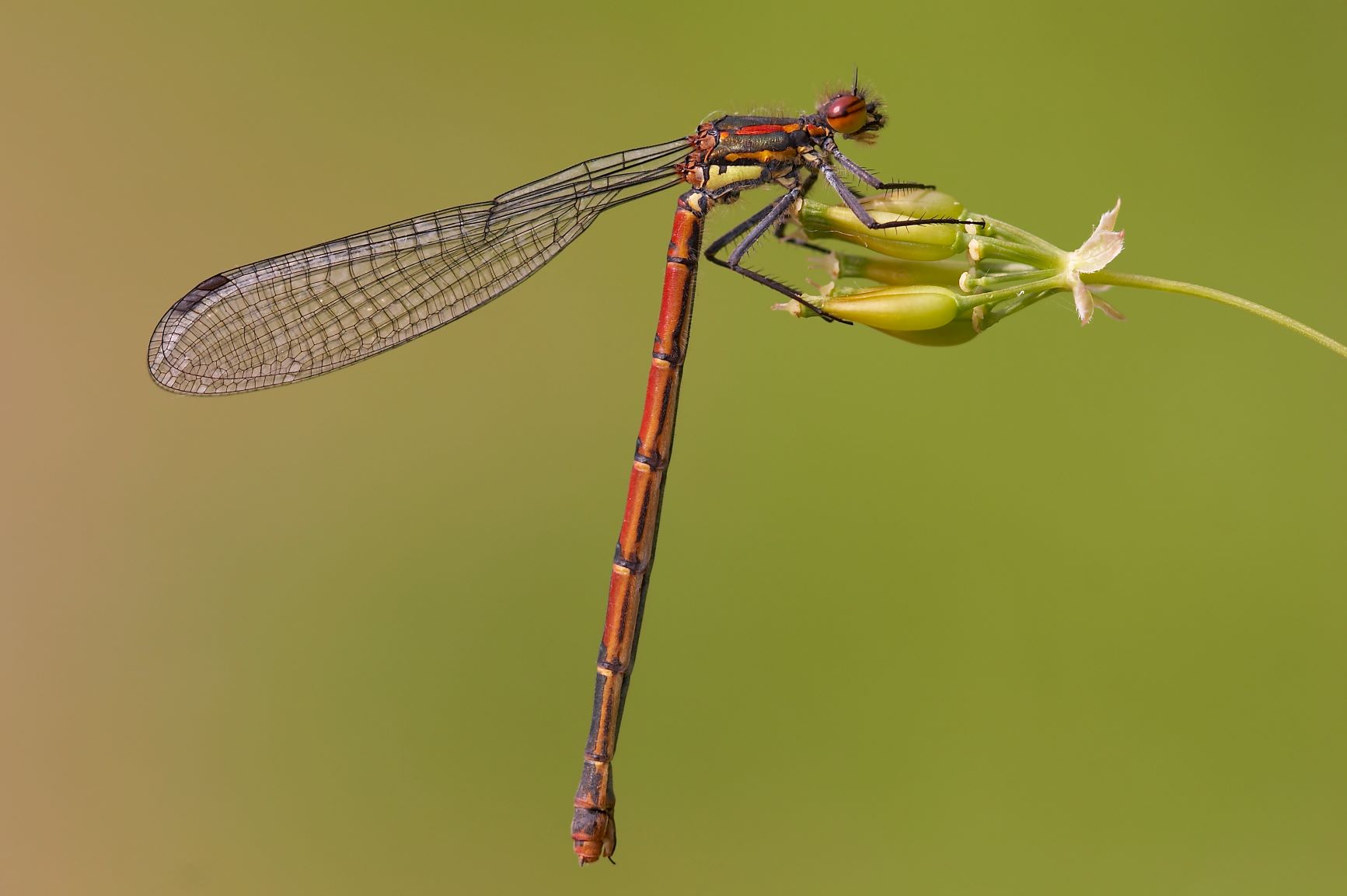 Over the last few years the first emergence dates for this species have varied – in 2013, it was 14 April from Norfolk, while the earliest record was from 2017 when one was in Conwy on 24 March. First sightings dates seem to be advancing slightly over the years. This could be a good thing if the weather holds and if the flying insects that damselflies eat also emerge early, as this might result in an extended breeding season. However, with the increase in extreme weather events as a result of climate change, emerging early could spell disaster for the damselflies. If their prey is scarce earlier in the year, then the damselflies may not survive to reproduce, potentially causing a population decline over a number of years. This will have a knock-on effect on animals that prey on damselflies, such as nesting birds which may suffer reduced breeding success if their prey is scarce. Only time and lots of data will tell.

BDS is asking the British public to don their citizen science hats and keep an eye out for emerging damselflies and dragonflies. By keeping records of what we see, and when and where we see it, we can monitor changes in populations and raise the alarm before it is too late to take action to save species. Records submitted to BDS this year will be included in a hugely important State of Dragonflies 2020 report, which is due to be published next year. This report will be a stocktake and health check on our nation's damselfly and dragonfly species to see how they are faring. Keep your eyes peeled for these iconic insects this summer, look up what species you've seen on the BDS website or using a field guide and then report what you saw when and where.

There are several actions everyone can do to help damselflies and dragonflies. If you have access to a garden, allotment, school field or community space, creating a pond is by far the best thing you can do to help Odonata to thrive. BDS wants to start a 'pond revolution' and bring them back into fashion, so that dragonflies have the network of habitats throughout the country that they need to cope with a changing climate.

For free information on everything to do with damselflies and dragonflies and how to help them, head to the BDS website: www.british-dragonflies.org.uk