In the Year of Biodiversity 2010, the milestone of 500 bird species seen in The Netherlands was reached. This followed the acceptance of three new species to the Dutch list (Oriental Turtle Dove, Grey-tailed Tattler and Northern Waterthrush) and the promotion of American Sandwich Tern to species level. 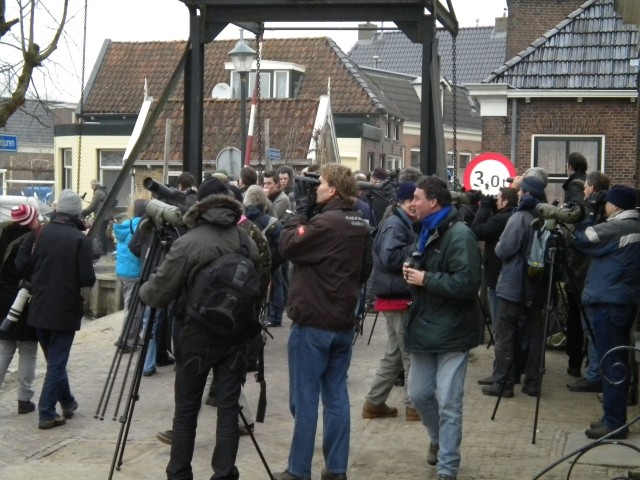 Birders in the small and picturesque Frisian village Warga looking for the Oriental Turtle Dove (below) in January 2010 (photo: Dutch Birding Association and René van Rossum (below)). 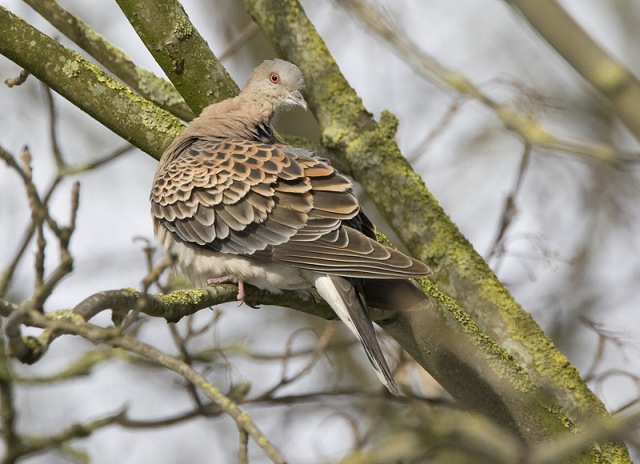 The latest update to 'Dutch Birding bird names' by Arnoud van den Berg on the Dutch Birding Association website contains all species recorded in Europe, with Macaronesia and countries bordering the Black, Dead and Mediterranean Sea. The Dutch, English and scientific (sub)species names follow the rules set by the journal Dutch Birding and the Dutch committee for avian systematics (CSNA). A number of distinct subspecies are also listed, concerning taxa which sometimes have been considered specifically distinct.

Before the founding of the Dutch Birding Association in 1979, there were very few (if any) birders with a Dutch list of more than 300 species. Now the top Dutch lister has seen 460 species in the country.