Dupont's Lark has declined by 86% in just 10 years in the southern Spanish region of Andalucía, according to the Spanish Ornithological Society (SEO/BirdLife).

Despite the shocking situation, the species is still not listed as endangered in the region, despite SEO/BirdLife requesting such recognition more than a year ago.

Just 10 territorial males could be located at three sites, two in the province of Almería and one in Granada, during the last survey. 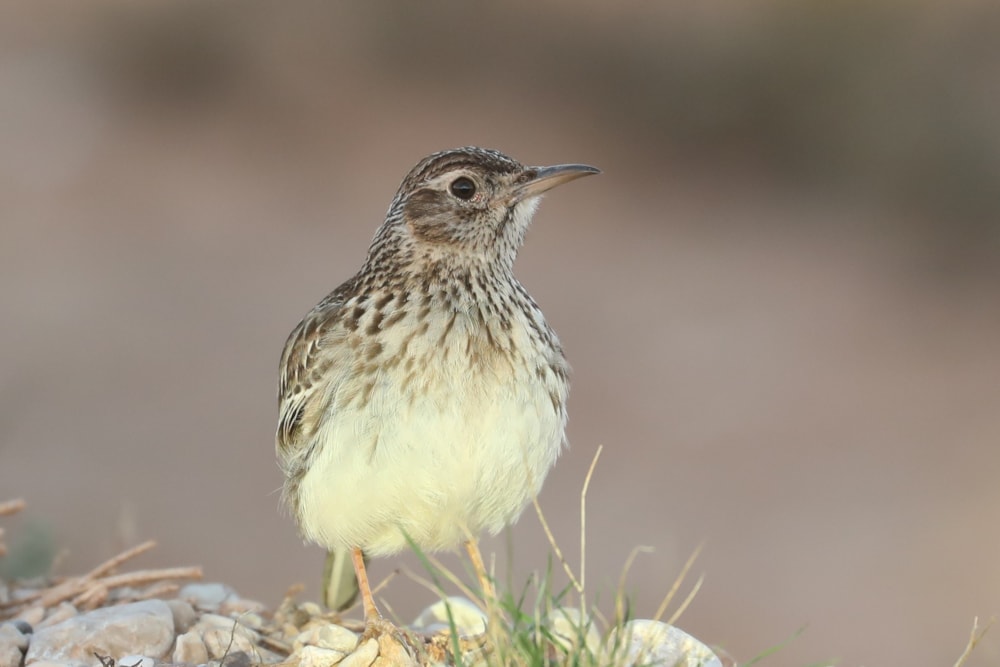 Just 10 territorial Dupont's Larks could be found in the entirety of Andalucía, representing an 86% decline since 2008 (Matthew Mellor).

Despite the fact that the species has had a Conservation Plan in Andalucía since 2011, the occupied range of Dupont's Lark has also declined by almost 80% between 2007 and 2018, in addition to the aforementioned population decrease. Such appalling statistics clearly demonstrate that the measures adopted so far are not effective in preserving the species, and urgent implementation of more ambitious actions is required.

The primary causes of decline are habitat loss to wind farms, quarries, roads, industrial estates and, more recently, solar farms, as well as land use changes (including reforestation and agricultural crops) and the abandonment of extensive livestock farming.

As well as recognising the lark's high risk of extinction in the region, SEO recommends that the entirety of its current range is now added to a network of protected areas, as well as the implementation of new measures for the management and conservation of favorable habitat for the species at a local scale.

While the situation is dire, conservation successes in the region include bringing Spanish Imperial Eagle back from the brink and reintroducing Bearded Vultures.

Ana Carricondo, of SEO/BirdLife, said: "It is paradoxical that a species has to reach a dramatic situation or even become extinct, so that environmental managers can effectively address its recovery, when it is already much more difficult and, also, much more expensive."