The RSPB is warning that if the drought situation continues, it could spell potential disaster for wildlife. Birds, mammals and bugs could be struggling to survive into the summer if the rain doesn't fall in the next few weeks as valuable wetlands dry up. The environment secretary, Caroline Spelman, held a crisis meeting on February 20th with companies, wildlife groups and other river users after the Centre for Hydrology and Ecology (CEH) stated that the average rainfall so far this winter has been the lowest since 1972.

The Nene Washes in Cambridgeshire is one area that is struggling after two winters with little winter rain and no flooding. Charlie Kitchin, RSPB Site Manager for the area, said: "The breeding season of 2011 was not good at all for this nature reserve. Winter flooding is essential to attract the large numbers of wild swans and other wildfowl that the washes are renowned for and this winter has been the quietest for many years; for example, our Wigeon numbers are down from 20,000 to 3,000. A winter flood is good because it leaves pools and a high groundwater table for the spring, so we are very concerned that 2012 could be another disastrous nesting season. This area is known for large numbers of birds that congregate here, creating fantastic wildlife spectacles. If we see another dry spring, then it will almost certainly have damaging consequences for the populations of birds here." 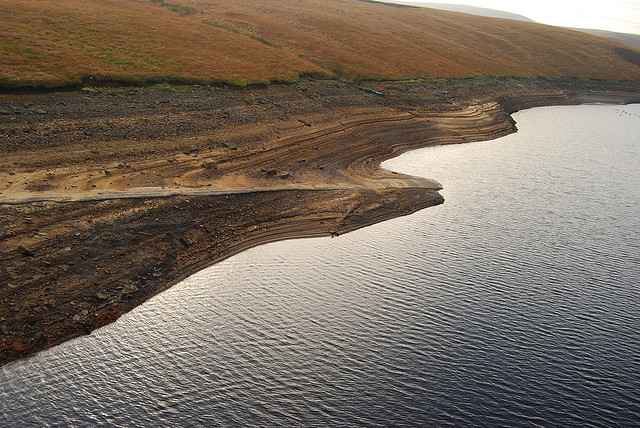 Rob Coleman is the site manager at RSPB Titchwell on the Norfolk coast. He said: "Our natural springs at Titchwell have really slowed down, almost totally dried up and this is a worrying time for us. At the moment, the water levels are good, we are adapting to the conditions and have a record number of wintering Bitterns on the site. However, if these conditions continue, we will have to manage the habitat in a very different way to make up for the lack of water. This will put our iconic wildlife in a very vulnerable position."

Rob Cunningham, RSPB head of Water Policy, said: "We're pleased to see the Government taking the drought situation so seriously. But fundamentally the system we have for allocating water, ensuring it's not wasted and protecting the environment is nearly 50 years old and creaking at the seams. The Government's recent Water White Paper has some excellent proposals for reform but their timescale suggests they won't be in place until the mid-2020s when the pressure is being felt now."