A bird's eye view of nesting Grey Herons taken by a drone at a stately home has revealed an unexpected number of nests.

Flown about 50ft (15 m) above the trees the drone saw 11 nests, nine more than predicted. It was the first time a drone had been used to get a better look at the birds at Belton House in Lincolnshire, according to the National Trust. 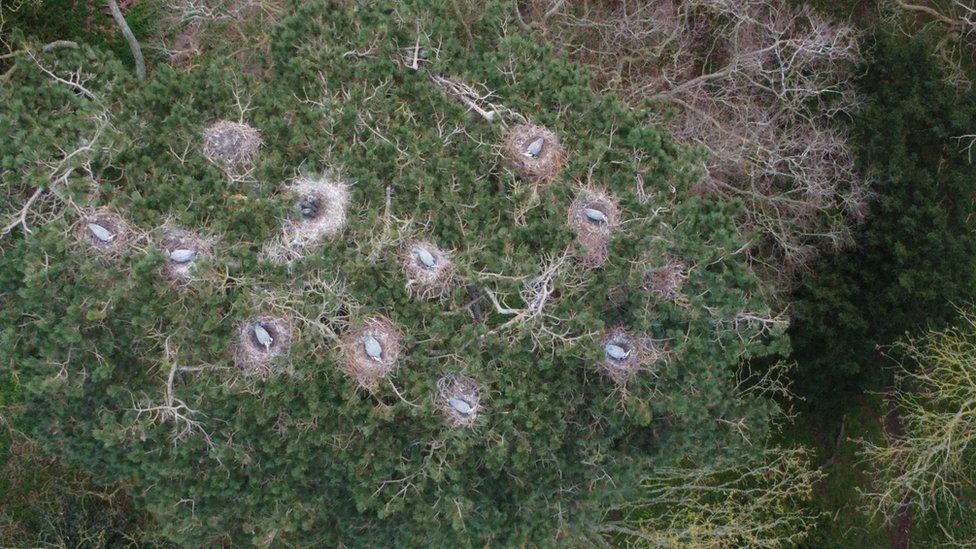 Drone footage of the heronry at Belton House (Andrew Chick).

The increase in heron numbers showed the impact of the charity's conservation work on the stretch of the River Witham which runs through the Belton estate.

Mr Chick said: "These herons have probably chosen to nest in this particular Scots Pine tree because of its easy access to Belton's ornamental ponds and rivers, which the National Trust has been actively managing and improving.

"It's likely the herons have been present at Belton for decades, but thanks to the view from above this year we've been able to get a much more accurate record of how many are nesting in the heronry."