With more than 120,000 signatures, Birdwatch columnist Mark Avery's petition to ban driven grouse shooting will now be debated in Parliament.

According to procedure, Parliament's Petitions Committee, which is composed of 11 cross-party backbenchers — and, though independent, is currently weighted towards the ruling Conservatives — must now schedule a debate on the petition's proposition. The petition states: "Grouse shooting for 'sport' depends on intensive habitat management which increases flood risk and greenhouse gas emissions, relies on killing Foxes, Stoats [and] Mountain Hares in large numbers and often leads to the deliberate illegal killing of protected birds of prey including Hen Harriers." 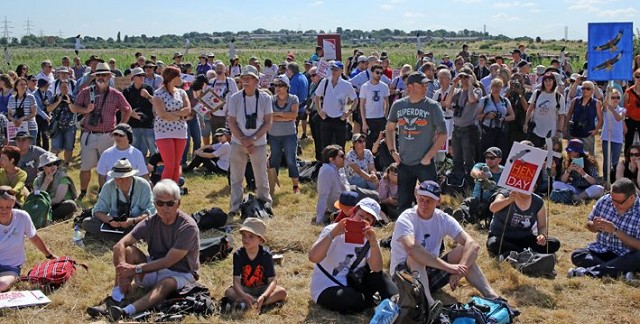 Before actually timetabling a date for the debate, the Petitions Committee would encourage the House of Commons to hear evidence on the issues involved to help to inform MPs taking part.

More details are expected to be announced soon. You can follow the Petitions Committee on Twitter: @HoCpetitions.

After all the hard campaigning by Mark Avery, many birders and members of the public, and Birdwatch itself, including the most successful Hen Harrier Day yet on 13–14 August, it is satisfying to see the petition reach and pass its first major hurdle, but there is still reason to keep signing and to encourage your friends to do the same. The hard work is just beginning, but hopefully one day we'll see the end of this archaic and damaging pursuit.

Mark is asking the public to keep signing to see how many names can be added by 20 September. He also suggests writing to your MP and provides a ready-made letter for you to use on his website.