Drink cider and help the Mistletoe Marble moth this Christmas

Moth experts are appealing to the public this Christmas to help save an endangered species by drinking British cider. The moth, a threatened species which feeds on Mistletoe, is confined to a few sites in Somerset, Gloucestershire, Herefordshire, Worcestershire, Warwickshire and Monmouthshire. 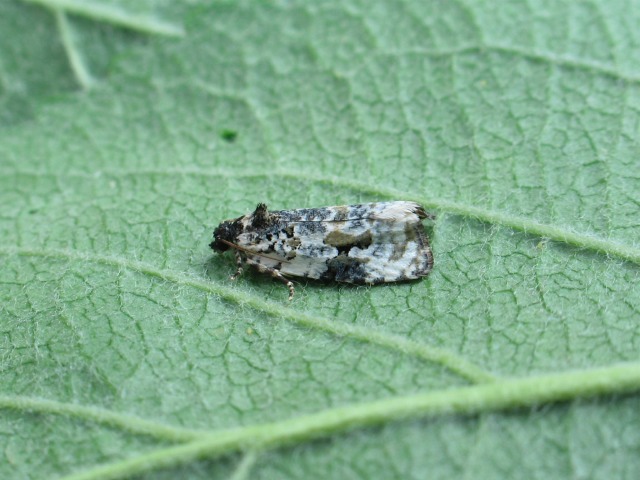 A survey undertaken by Butterfly Conservation and the National Trust found the moth at 14 sites, including three National Trust sites. Significantly, the site found to support the most Mistletoe Marble moths during this survey was an actively managed cider orchard where Mistletoe is cropped or harvested in the winter. A possible explanation for the decline of this moth is that Mistletoe cropping was too extensive in recent years. This would have substantially reduced the available food source for the moth and therefore is a significant threat to the already scarce Mistletoe Marble. Additionally, whilst the Mistletoe Marble was found at a few neglected orchards with a limited number of healthy trees there is a concern that these colonies are threatened as no new tree planting is taking place. 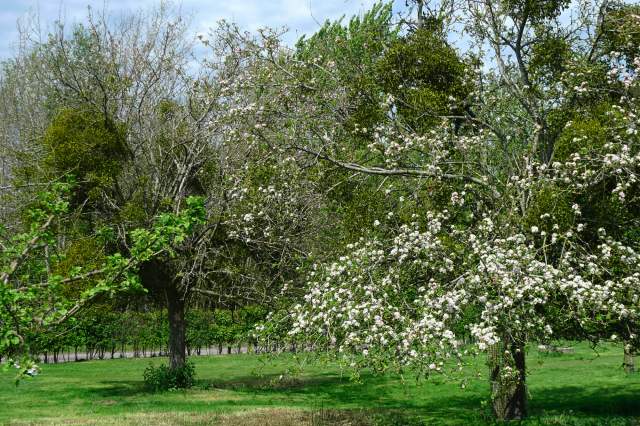 Mark Parsons, Head of Moth Conservation at Butterfly Conservation, said: "It is fabulous to have found the moth at several sites, but worrying that it was not refound at some former localities. This moth is yet another reason to support British apple growers and to reverse the decline in traditional orchards."

Kate Merry (National Trust, Orchard Project Officer) said: "Measured, sustainable harvesting of Mistletoe from traditional orchards means a healthy tree, a habitat for this beautiful rare moth and a few festive kisses for us too. Please spread the word this Christmas!"