The US Bureau of Land Management (BLM) didn't adequately consider how the drilling would affect the bird, nor an option to defer drilling in the bird's prime habitat, Idaho US District Judge Ronald E Bush, who ordered more study of potential effects on the bird before drilling may proceed. 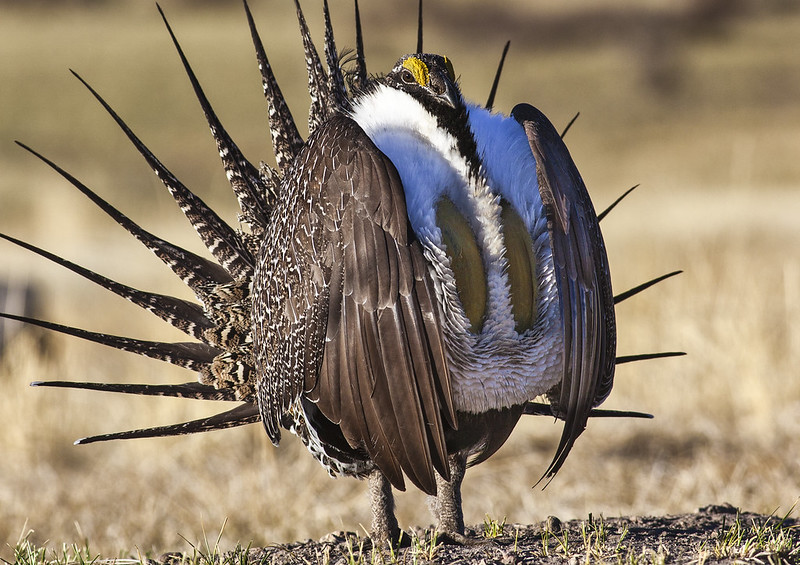 Sage Grouse is found in sagebrush steppe in the western United States as well as southern Alberta and Saskatchewan, Canada (Bob Wick / BLM).

The drilling would occur on over 600 square miles of federal land scattered across the energy-rich states. The BLM auctioned off hundreds of leases in Sage Grouse habitat in four sales in 2017.

The US Fish and Wildlife Service determined in 2010 that the bird deserved special protection but said in 2015 that conservation efforts led by Wyoming made that unnecessary.

"This ruling sends a very strong message that the BLM can no longer lease public lands for fossil fuel development without weighing the outcomes for sensitive lands and wildlife," Erik Molvar, executive director of Western Watersheds Project, said in a statement Thursday.

The ruling comes amid a federal oil and gas leasing moratorium imposed by President Joe Biden's administration while it studies the effects on climate change.