Around 100 dead birds have been dumped in a Perthshire loch as part of a suspected illegal cull.

The grim discovery was made just a few miles from Strathbraan, where licences to shoot 300 Ravens were suspended last year due to public outrage at the plans.

The harrowing scene was stumbled upon by a dog walker, Brenda Henderson, who spotted dozens of carcassess – believed to be young Ravens or crows – floating in Loch Freuchie, which is a popular fishing location. Ms Henderson said she was "shocked" to see the mass of dead birds dumped in the loch. 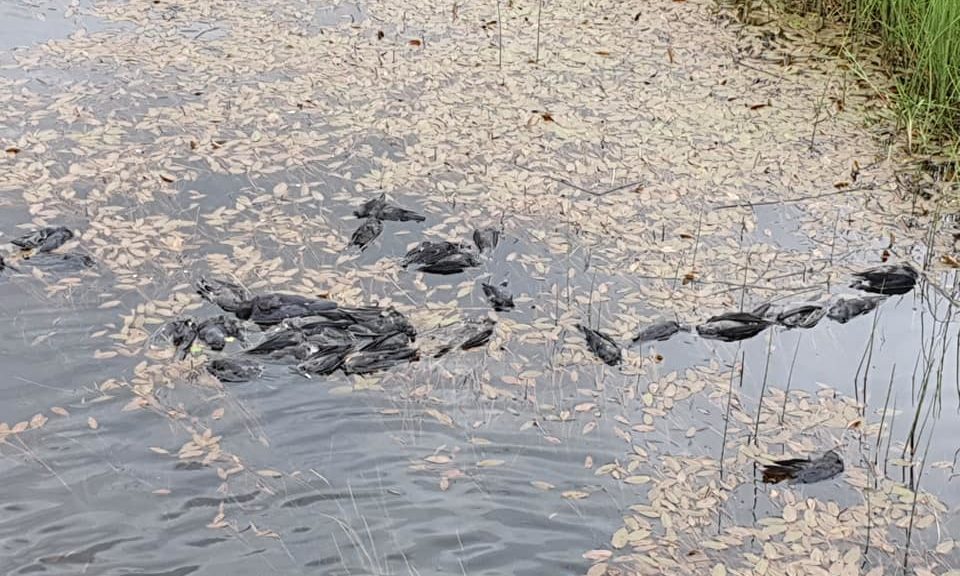 Around 100 dead birds, believed to be young Ravens or crows, were found in Loch Freuchie (via The Courier).

The find is the latest in a string of incidents in Highland Perthshire in which birds have died or gone missing due to suspected foul play. Scottish Natural Heritage, which licenses the culling of corvids in the area, has reported the incident to Police Scotland.

A SNH spokesperson said: "These are disturbing photographs and while it is difficult to ascertain the circumstances from these pictures alone, we have reported this incident to Police Scotland for further investigation.

"We strongly encourage anyone who believes they have witnessed wildlife crime to contact the police as soon as possible. In cases such as these we advise that carcasses should not be handled and pets be kept away. We will assist the police with any inquiries they make."

However, it was heavily criticized by conservationists, and over 170,000 people signed a petition against the cull. Following this backlash, SNH commissioned its Scientific Advisory Committee to review the methodology of the study, and it was found to be lacking in robust scientific conclusions, hence the cull was suspended.